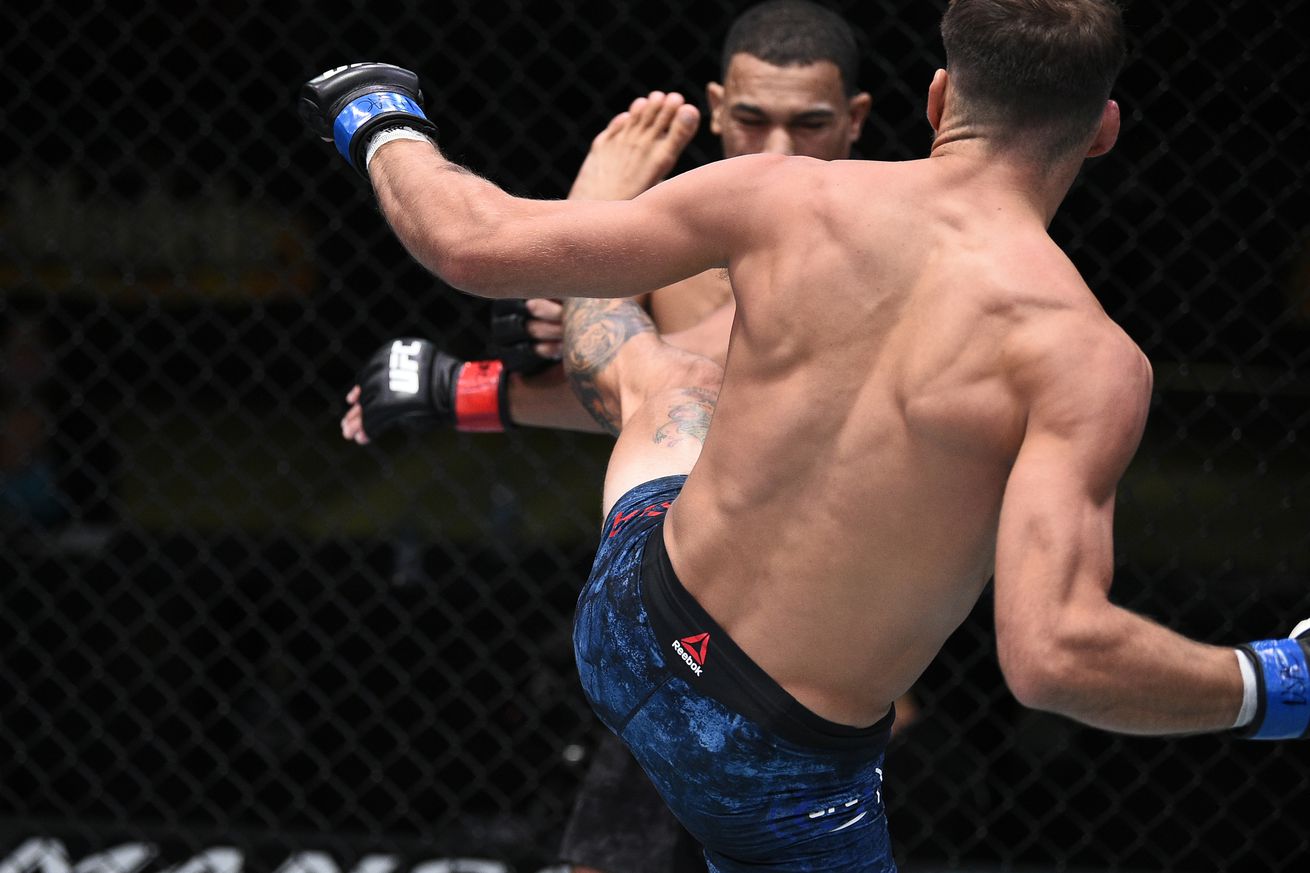 Randy Costa made quite an impression in his first fight back in 11 months.

The Massachusetts native connected with a devastating head kick just 41 seconds into his fight against Journey Newson to earn a highlight reel knockout. It was the second straight fight where Costa ended his opponent’s night with strikes.

“That was insane,” Costa said following his win. “It’s been 11 months. I was supposed to fight back in March but COVID hit. I hope Dana White thinks I’m worthy of a $50,000 bonus.”

Don't mess with the Zohan!

[ Tune in live on #ESPNPlus ] pic.twitter.com/baWmpvBoC0

With a sizeable height and reach advantage, Costa looked to use his length in the opening exchanges while keeping Newson at the end of his strikes.

It didn’t take him long to measure the distance before uncorking a left head kick that absolutely blasted Newson and sent him crashing to the canvas in a heap. Costa followed up with punches but the referee quickly intervened before any further damage could be inflicted.

The win moves Costa to 2-1 overall during his UFC career with back-to-back victories in his last two appearances.

Considering how quickly he won on Saturday night, Costa said he hopes to get another fight booked before the close of 2020.

'Everything's up in the air' for next NBA season
07:02USA TODAY (sports)
UFC 254 – Khabib vs Gaethje live stream and commentary: How to watch all the action from Fight Island
18:30TheSun.co.uk (sport)
UFC 254 live blog: Lauren Murphy vs. Liliya Shakirova
18:28mmafighting.com