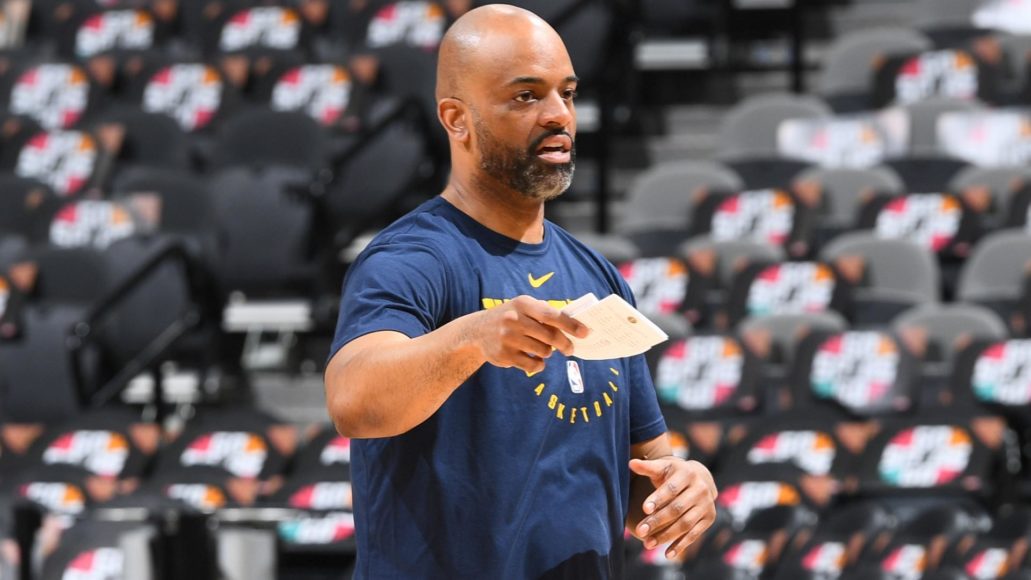 If you haven’t been watching the NBA playoffs you have surely been missing out. To give a quick recap the Denver Nuggets have now won 6 straight elimination games. They were down 3-1 to the Jazz and the Clippers and came back to win both series. This team has shown true fight and determination in clawing their way back and winning both series. You may be asking why am I telling you about the Nuggets playoff success this year? For starters, one of the Bulls head coaching candidates is currently an assistant coach for the Nuggets.

Denver assistant Wes Unseld Jr., — architect of Nuggets defense in incredible comeback vs. LAC — made an even stronger case for Bulls’ job. Chicago’s EVP Arturas Karnisovas already thought highly of him, working with Unseld in Denver. Malone: “Wes Unseld should be a head coach.”

In case you forgot, the Bulls took Karnisovas from the Nuggets earlier this year. Karnisovas crafted this Nuggets team and they are going to the Western Conference Finals. If you have watched the playoffs you can see just how well the Nuggets defense has looked in critical games. The team is firing on all cylinders and that can’t be ignored. Karnisovas already has a good relationship with Unseld and knows his potential.

Unseld has a good reputation around the league.

In Unseld’s career, he has been an assistant coach for 4 different teams. It’s hard to find anyone who has something negative to say about him. Not only does Karnisovas have a relationship with him but current Nuggets head coach Michael Malone had nothing but praise for him after the teams game 7 win.

Answering a question about his team’s physicality in his postgame news conference, Nuggets coach Michael Malone started talking about defense and lead assistant Wes Unseld Jr., who is a candidate for the Bulls’ head coaching job: “Wes Unseld should be a head coach.”

The performance of the Nuggets in the playoffs has only strengthened Unseld’s resume. The teams defense is remarkable and is facilitated through Unseld. From a distance, it looks like all of the right boxes are checked. There’s already a relationship between Karnisovas and Unseld. In addition, Unseld is showing his coaching knowledge and skills on a national stage and is getting nothing but praise from the people around him. Unseld has over 15 years of experience as an assistant coach. He may find himself a new home after this season concludes. If the Nuggets somehow make it to the finals I’m sure there will be a lot of people looking at Unseld.

We may be jumping the gun here but no one should be surprised when Unseld is in the Bulls top 3 for coaching candidates.

A’s expect to play Game 3 in smoky air: ‘We have played in it before, so we are experienced’
17:23MercuryNews.com (sports)
Court McGee: UFC on ESPN 16 matchup vs. Carlos Condit is the first time I've been excited about a fight
15:30USA TODAY (sports)
Jon Jones, Israel Adesanya continue Twitter beef – with parents now mentioned (Updated)
15:00USA TODAY (sports)