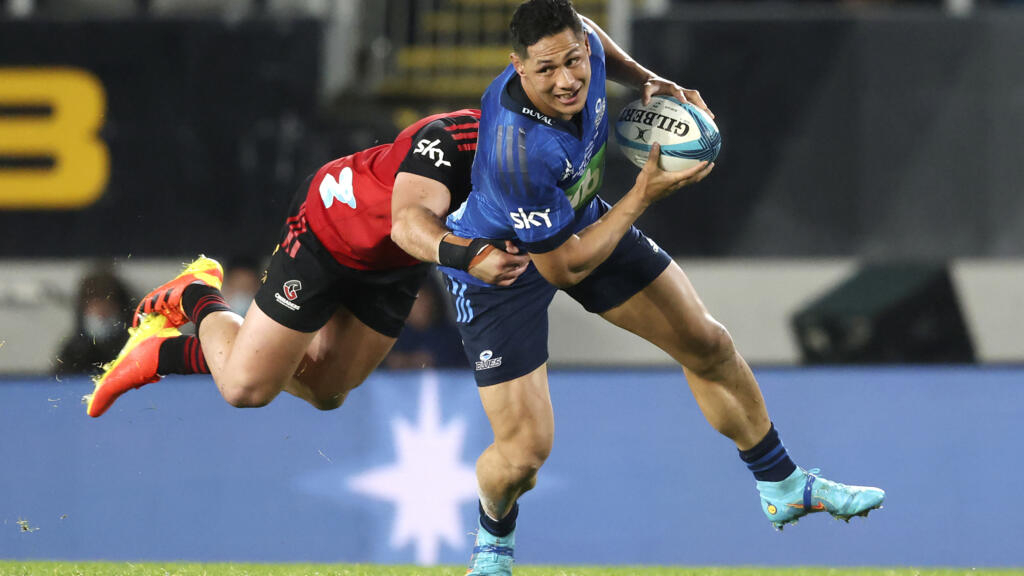 A decider between two fierce New Zealand rivals that many predicted would be tight proved far from it as the competition's most dominant side took command from the outset, much to consternation of a full house of 42,000 at Eden Park.

Despite wet conditions, the visitors played with an accuracy that has been a hallmark of their enduring success.

They kicked precisely, were unflinching at the breakdown and utterly dominated the lineouts to hand coach Scott Robertson a sixth title from his six seasons in charge.

Two of those, in 2020 and 2021, came under the Super Rugby Aotearoa internal format, with 10 titles having been claimed in the pre-Covid era.

With his pack laying the groundwork, Crusaders five-eighth Richie Mo'unga was able to control the game tactically, as well as kick 11 points.

The Blues, chasing their fourth trophy and their first since 2003, were considered strong contenders to halt the Crusaders juggernaut.

They secured a rare win in Christchurch two months ago as part of a 15-match winning streak to earn home advantage for the decider.

However, they couldn't get enough quality possession to in-form playmaker Beauden Barrett, their handling errors and a failure to secure lineout ball counting heavily against them.

For all their early dominance, the Crusaders' lead was just 3-0 after half an hour, via a Mo'unga dropped goal.

He doubled the advantage with a penalty goal before the lead was stretched to 13-0 when scrum-half Bryn Hall popped the ball over the tryline off the back of a ruck on the stroke of halftime.

Mo'unga's second penalty was followed by a lone Blues try, when scrum-half Finlay Christie darted across after the ball came loose from a scrum.

It ensured the hosts wouldn't be the first team held scoreless in a Super Rugby final but they never come close to scoring again and conceded a late try to Sevu Reece after failing to control a kick.