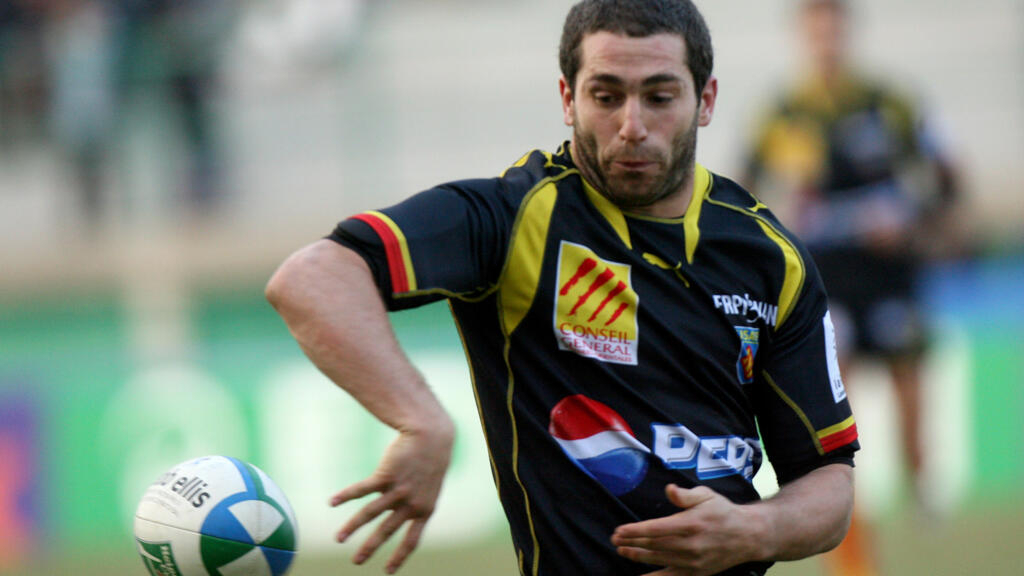 Loik Le Priol, a 27-year-old former soldier and member of the extreme-right GUD movement, is believed to have fired the fatal shot in Paris after an altercation in a cafe. Another far-right supporter who also fired on Aramburu remains on the run.

A source close to the investigation told AFP that Le Priol had been arrested near Hungary's border with Ukraine.

The killing occurred in the chic Saint-Germain district on the Left Bank of the French capital in the early hours of Saturday morning after Aramburu and friends became embroiled in an argument at a bar.

The row at the Mabillon cafe at around 6:00 am on Saturday saw bouncers separate two groups, according to investigators.

After leaving the scene, two men are believed to have returned and fired several shots from a car at Aramburu, a 42-year-old former Argentina international, who died at the spot.

A 24-year-old woman arrested on Monday, who is believed to have driven the car, has already been charged as an accomplice to murder.

Le Priol, a former marine commando, was already known to authorities for his radical views and violent past.

He is already being prosecuted over an alleged group assault in 2015 against a fellow member of GUD, a video of which was obtained by investigative journalism website Mediapart.

An active, structured far-right student group from the late 1960s to the 80s, GUD has shrunk to something more like a "gang... about 10 people" said Jean-Yves Camus, a political scientist specialising in the far right.

The French Navy told AFP that Le Priol was discharged for disciplinary reasons, having earlier developed post-traumatic stress following operations in Mali and Djibouti in 2013-15.

The weekly Marianne reported that he had already been convicted twice of assault and once for drunk driving.

In 2016, Le Priol launched a line of white nationalist clothing.

"Everyone who knew Loik thought he had calmed down... last time I saw him in Paris, he had a girlfriend, life plans, seemed peaceful. We were happy that 'he was doing better'," YouTuber Julien Rochedy, who posed with one of the T-shirts, wrote on Twitter.

"The extraordinary thing about the Le Priol case is that he was known for a long time as an individual capable of unrestrained violence," Camus said.

"He was known to be especially impossible to control, including with his own buddies.... why did the military allow someone to join who was clearly unstable?" he asked.

Aramburu played as a centre or wing, winning 22 Argentina caps including at the 2007 World Cup in France where he scored a try as the Pumas beat the hosts in the third-place playoff.

He played club rugby in France for Biarritz, Perpignan and Dax from 2004 to 2010, winning the Top 14 twice with Biarritz and later sitting on the club's board of directors.

"There was an altercation, as there can be at the end of the evening," a former Biarritz Olympique player who was with him told AFP on condition of anonymity.

"It was settled but the men came back and fired at Aramburu, who took three bullets."

Since his retirement from sport, Aramburu had lived in Biarritz and worked for a tourism company.

"This heinous crime and his death have left his family, friends and the world of rugby stunned and in unspeakable pain," a lawyer for Aramburu's family, Yann Le Bras, said in a statement on Sunday.