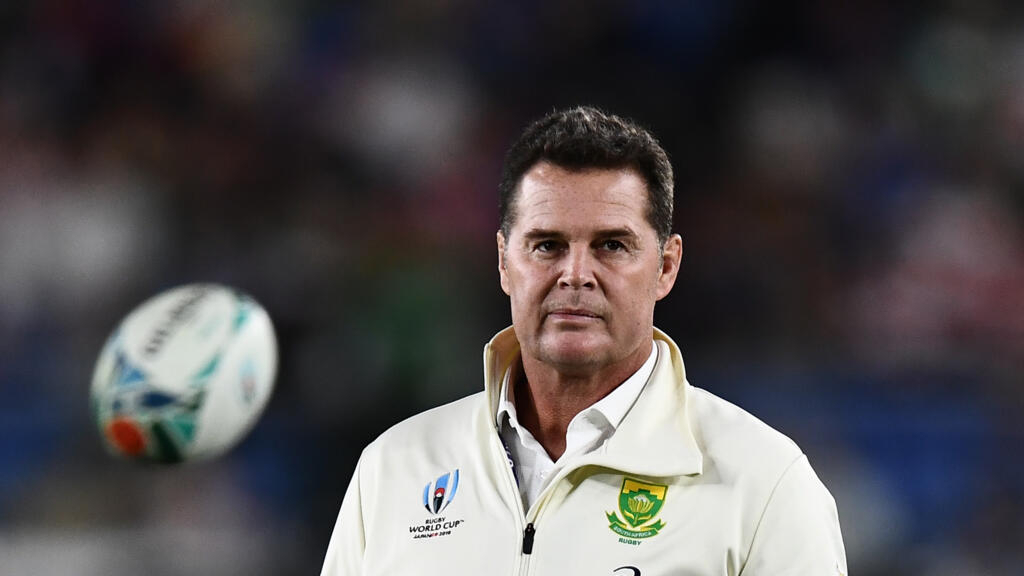 In addition the 49-year-old -- who is now director of rugby with the Springboks -- and South Africa rugby chiefs have issued a public apology to the match officials, led by referee Nic Berry, who oversaw the first Test against the Lions in July.

Erasmus was banned from all rugby activity for two months and was also suspended from "all match-day activities" until September 30 next year after being found guilty of six counts of misconduct.

Both Erasmus, who masterminded South Africa's World Cup win in Japan in 2019, and the union were also ordered to apologise to the match officials.

"SA Rugby and Rassie Erasmus wish to apologise to the match officials appointed to the first Test of the Springboks' series against the Lions," said a statement from SA Rugby.

"We also confirm that SA Rugby and Erasmus have advised World Rugby that they withdraw their notice of appeal and will not lodge an appeal against the sanctions imposed by the judicial committee.

"This has been a highly stressful and charged environment with unusual pressures placed on all concerned and we have no wish to prolong that experience for anyone."

World Rugby said in a statement it welcomed the public apology, saying the "matter is closed".

Last week Erasmus appeared to make light of the sanctions by posting on social media a photo of himself in camouflage, suggesting that he might attempt to gain entry to Twickenham for the England game, which South Africa lost 27-26.

He also published a photo of a pint of Guinness with a caption saying "I do however get the feeling the 2 months will not be so bad as feared!!".