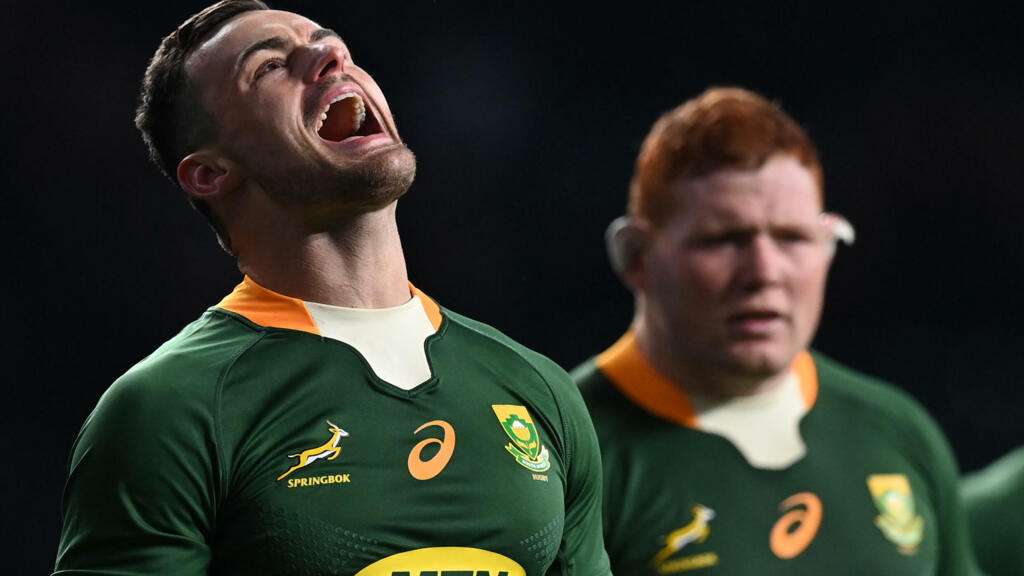 The 49-year-old said it had been a long year, but he welcomed that having not been able to play a game in 2020 due to the coronavirus pandemic.

A hard fought 2-1 series win over the British & Irish Lions led to a mixed bag of results in the Rugby Championship with the highlight the final match victory over New Zealand.

Nienaber has used the tour of the northern hemisphere -- which finished last Saturday with a narrow defeat by England, the team they beat in the World Cup final -- to scout potential bases for the Springboks for the 2023 World Cup.

He visited several towns and cities including Aix-en-Provence, Toulon and Marseille and told AFP he will decide where they will be based in January.

South Africa are due to play two pool matches in Marseille, one at the Stade de France -- where they also lifted the World Cup trophy in 2007 -- and another in Bordeaux.

Nienaber said overall he was satisfied with the season which was also his first as head coach, having had to kick his heels for the whole of last year.

"For us it has been a long season," said the South African who is unusual for a national coach as he has never been a head coach of a team prior to his appointment in January last year.

"It is the end of our first season because we had not played in 2020.

"It has therefore been a good season in which we have been able to lay the foundations and see where we stand today."

Nienaber said they had two years ahead of them to build on that in all areas.

"There is still a lot of work to do from a rugby point of view," he said.

"How we organise ourselves and what type of rugby we want to produce.

"We have good foundations and we know now at what stage we are.

"However, I cannot stress enough there is still a lot of work to be done before the World Cup because we are in a difficult pool (Ireland and Scotland)."

Despite the northern hemisphere teams having had a series of good results over their southern hemisphere rivals in November (most notably Ireland and France beat the All Blacks) Nienaber said conclusions could not be drawn.

"I think that all the teams are very close," he said.

"I am not keen to give an exact figure but to my mind but the 8-10 best teams are very tightly-matched.