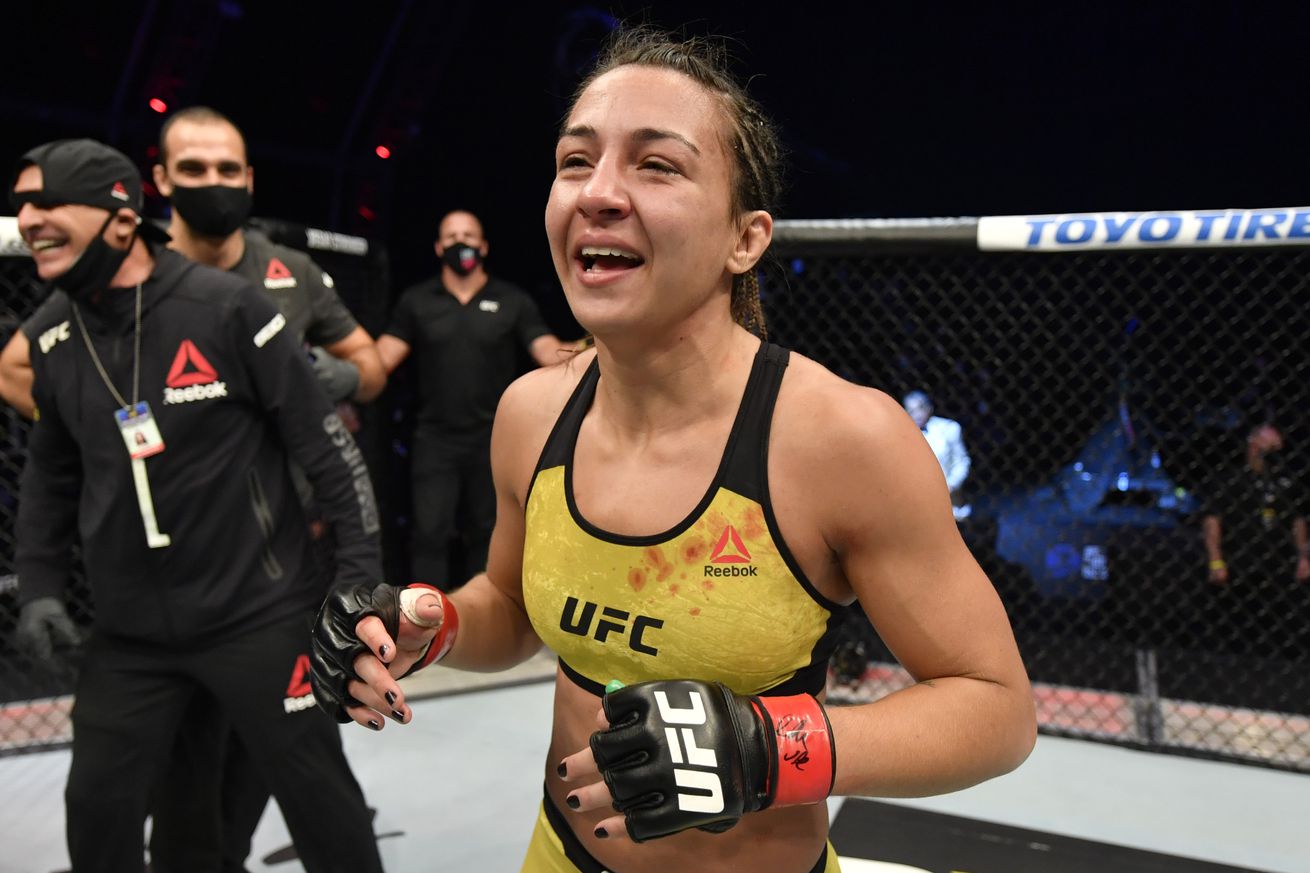 Rising strawweight Amanda Ribas is hoping to return to the UFC before the end of the year, in a strawweight bout against the ‘Karate Hottie’ Michelle Waterson.

Rising strawweight prospect Amanda Ribas would like one more fight before 2020 is over. After beating both Randa Markos and Paige VanZant this year, the Brazilian recently told Ag Fight she has her sights set on division veteran Michelle Waterson.

Originally expected to take on Carla Esparza for December 12, Ribas has found herself without an opponent—after the former champion was sidelined for undisclosed reasons. However, the ATT fighter believes Waterson would make for an ideal replacement, especially because the ‘Karate Hottie’ is also ahead of Ribas in the rankings.

“That bummed me out,” Ribas said of Esparza’s withdrawal. “I had called out the winner of Esparza vs. Rodriguez after I won my last fight. Carla said she would accept it and that got me excited. There was a chance we could fight in October, then she asked to postpone it to December, but I already knew it wasn’t going to happen. I don’t know what happened. I heard a rumor that it could have been COVID-19. If that’s what it is, I wish her a speedy recovery. I’ll be waiting for her in January. But I would still like to fight in December. I’m in a good moment, I’m losing weight well. I want to take advantage of that and fight in December.”

“The UFC has not spoken to me yet.” Ribas added. “But I would like to fight Michelle Waterson, because it would be a great fight. She’s well-ranked and I’m trying to fight the ones ahead of me so I can climb up. The fans would enjoy this fight. I love her kicks, they’re beautiful and I’ll be able to showcase my striking.”

Still undefeated in the UFC, Amanda Ribas (10-1) has already racked up four wins with her time inside the Octagon. Including a 2019 victory over top prospect Mackenzie Dern. Her last, and only, loss came in November 2015—when she was knocked out by current UFC strawweight Polyana Viana at Jungle Fight 83.