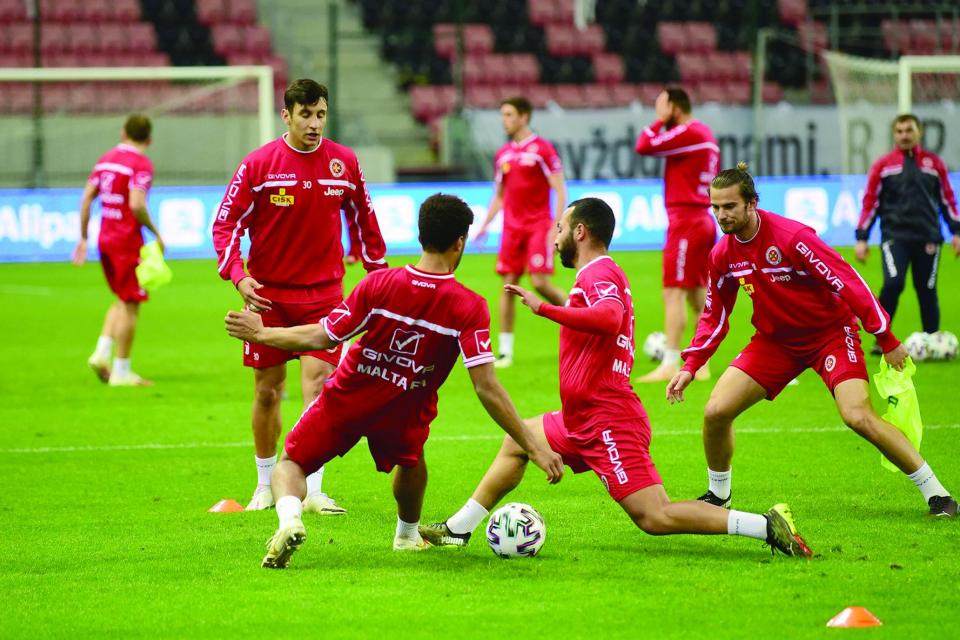 Malta coach Devis Mangia is urging his players to build on their energetic performance against Russia as the national team plays its second match from their World Cup qualifying campaign when they face Slovakia in Trnava tonight (kick-off: 8.45pm). The national team arrived in Slovakia with renewed confidence following their bright showing against 2018 World Cup finalists Russia, which despite the fact that it resulted in a 3-1 defeat, highlighted the team’s improvement under the management of Mangia, particularly with their drive of playing more offensive football. Speaking to the media on the eve of the match, Mangia said that he now expects the players to try and take another step forward against Slovakia. Continue reading this article on SportsDesk, the sports website of The Times of Malta.