RALF RANGNICK had a painful introduction to English football 42 years ago –THREE broken ribs and a punctured LUNG.

The new interim Manchester United manager, 63, played 11 matches for non-League Southwick FC during the 1979-80 season in the Sussex County Division One.

Then 21, Rangnick was studying for a degree in English and PE at Stuttgart University but fancied keeping fit in amateur football when he spent a year at the University of Sussex in Brighton.

Just 154 people watched the German make his debut as a 76th-minute substitute debut in a 3-3 draw with Steyning Town on October 13, 1979.

But in his second match away at Chichester in the November, Rangnick suffered a serious injury.

Rangnick, speaking in a German documentary, later recalled: “I had direct experience of being tackled from behind.

“I broke three ribs and one of them punctured my lung.

“I was in hospital for three weeks in Chichester on a ward with 60, 70, 80 years old and I was out of action for four months.

“What was also extraordinary, I wondered why no-one came to help me up.

“At the time in England that was how it was, if a player was seriously injured you weren’t allowed to touch them – only a doctor could do that.

“For that reason, no-one came to me and I couldn’t understand it.”

The 5ft 10in Rangnick – who says he had good stamina for a midfielder – soon discovered he would have to improve his heading as he adapted to the “typical England kick and rush”.

Rangnick, whose favourite player growing up was ex-Manchester United star Garry Birtles, brought a model, professional attitude to his training that was not exactly matched by his British team-mates.

He recalled: “What was completely new for me coming from Germany – not only in amateur but also professional football – was that in England you didn’t warm-up on the pitches before a match. 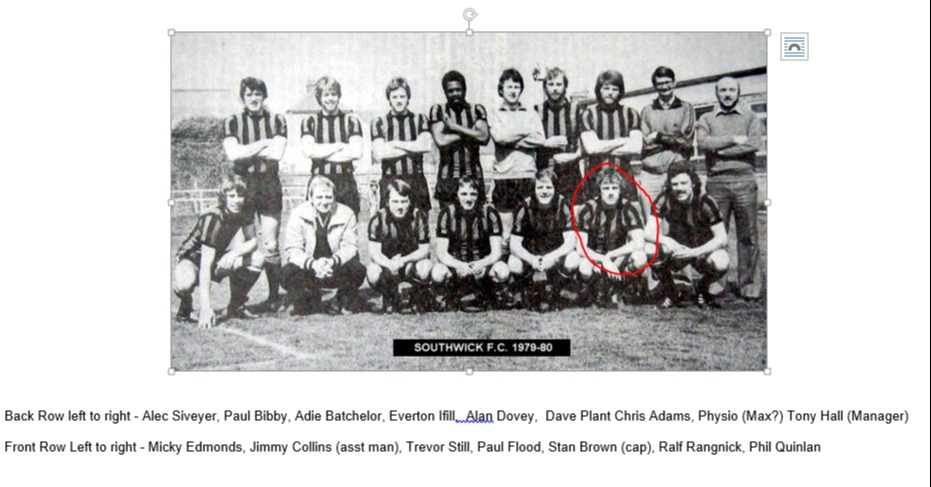 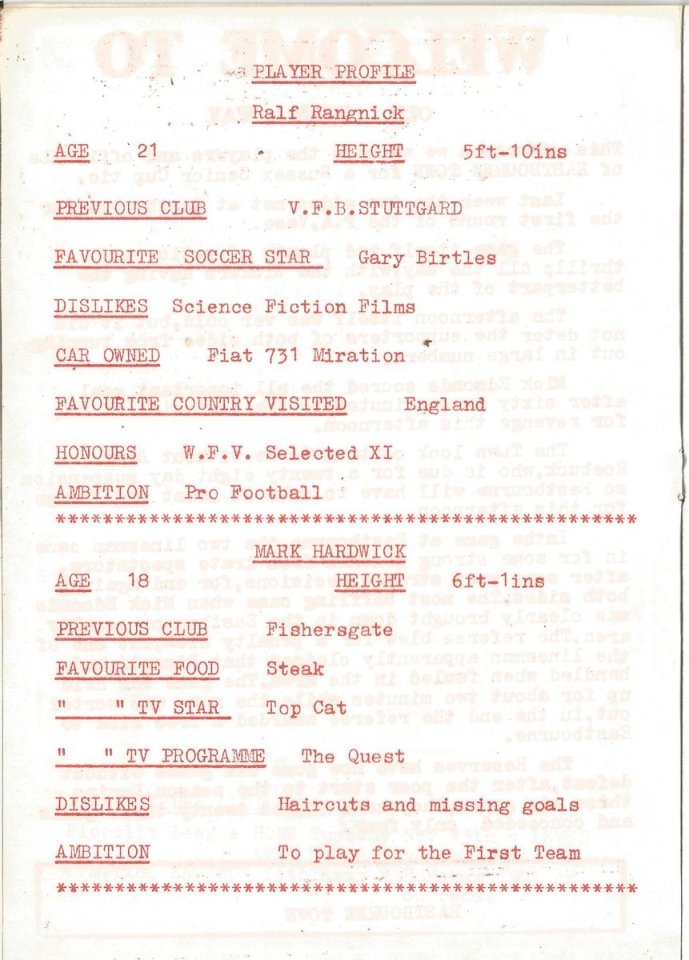 “Instead, warm-up was really, short and sweet, in the dressing room or in the corridor outside.

“Even when I watched First Division matches, I turned up to the stadium half an hour early to see how they warmed up – and nothing happened.

“I can remember being in Arsenal’s old Highbury stadium and three minutes before kick-off a white ball flew out of the dugout and that was the signal the teams were on their way.

“Then came the two teams. For 2-3 minutes they knocked the ball around. Then it started.

“It was the same in amateur football. In my very first match, I arrived half an hour early and no one was there.

“I looked for the others and finally they said: ‘What are you doing? It’s the captain who comes out first but only five minutes before the match.’

“These were some of the things I had to learn.

“I also learned what happens when you mutually push each other with your team-mates, cheering each other and that really helped me a lot as my time as a trainer and player.”

I broke three ribs and one of them punctured my lung. I was in hospital for three weeks in Chichester on a ward with 60, 70, 80 years old and I was out of action for four months.

Batchelor, 63, added: “He was relatively quiet and reserved. Really good English. He wasn’t extrovert or loud.

“I’ve read he talks fondly about when the plane touches down in Heathrow. He feels like England is his second home.”

The local authority and land owner Adur District Council closed Southwick’s ground, Old Barn Way, in March 2020 on health and safety grounds and presented the owner with a £500,000 repair bill.

The newly-formed Southwick F C 1882 are hopeful of becoming new tenants on the same site in a new stadium alongside the Russell Martin Foundation.

And Rangnick certainly remembered his roots when he kindly donated £1,000 in the crowd-funding cause last year.

Spurs in crisis after 13 players and staff test positive for coronavirus
Yesterday 14:55World Soccer Talk: World Cup 2014
“Just another chapter in the history of this wonderful group of players” – Liverpool boss Jurgen Klopp on his team winning all six Champions League group matches (Video)
Yesterday 14:26Soccer News
Who will top the tables at Christmas? | Lower League Matchweek 16 Round Up | cinch SPFL
Yesterday 15:32Footballorgin