JAKE PAUL wants to be fighting Canelo Alvarez for world title belts within five years after making an unbeaten start to his boxing career.

The YouTuber, 24, is set to face ex-UFC star Tyron Woodley in August as he bids to become the ‘most disruptive boxer ever’.

Numerous figures within the sport have doubted his ability to forge a serious career in the ring.

But Paul is adamant that even a bout with pound-for-pound king Canelo could one day be on the cards.

Asked where he sees himself in five years’ time, he told TMZ: “I just want to continue to be the most disruptive boxer in the history of the sport.

“I think it’s about taking it on a fight by fight basis and continuing to build these fights and making them even bigger, taking on more serious opponents.

“If you asked me if I was going to be where I’m at [now] three years ago, I wouldn’t believe you.

“So I don’t want to [put a] cap on my possibilities, I’m open minded and I think anything is possible.

CASINO SIGN UP OFFER: GET £10 FREE BONUS WITH NO DEPOSIT REQUIRED

“I think I could be fighting Canelo Alvarez for the WBC or WBO championship belt.

“The sky’s the limit and it’s just about how serious I’m going to take it and I do take it seriously – more seriously than 99.9 per cent of these ‘professional’ boxers that are out there.”

Ahead of fighting 39-year-old Woodley, Paul has continued to call out some of MMA’s biggest stars for a boxing contest.

Both Nate Diaz and Conor McGregor are continually name checked by the American. 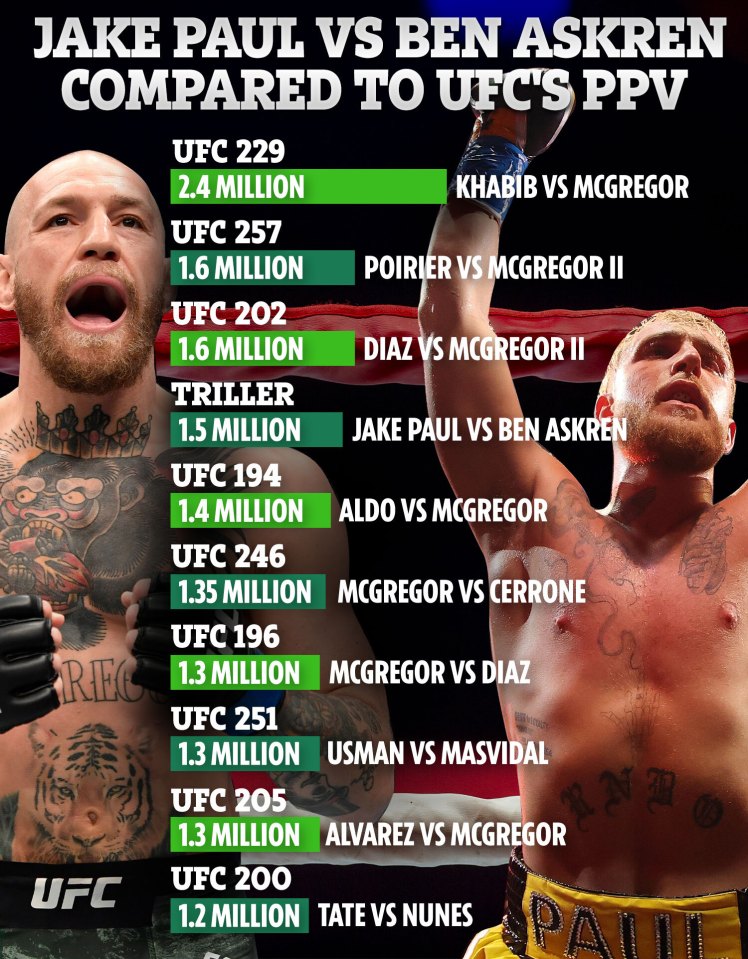 But a fight with Anderson Silva is not on his agenda as Paul outlined his belief that he can achieve anything in the ring.

He noted: “Why not? A lot of people are afraid to try, to get up out of their seats – they’re afraid to do something different.

“But that’s them, that’s not me. I know that I can accomplish anything I set my mind to and that’s why there’s a difference between successful and unsuccessful people in this world.”