Ru24.netNews‑life.proNews‑life.org29ru.net123ru.marketSportsweek.orgIceprice.info123ru.net
News
After playing a pivotal role in Golden State’s championship success, Kevon Looney’s forthcoming free agency will be monitored more closely than anyone might have imagined a month ago. Charlotte and Sacramento, soon to be coached by Golden State assistant Mike Brown, are among the teams said to be interested in signing Looney away from the Warriors
Source: Marc Stein @ marcstein.substack.com 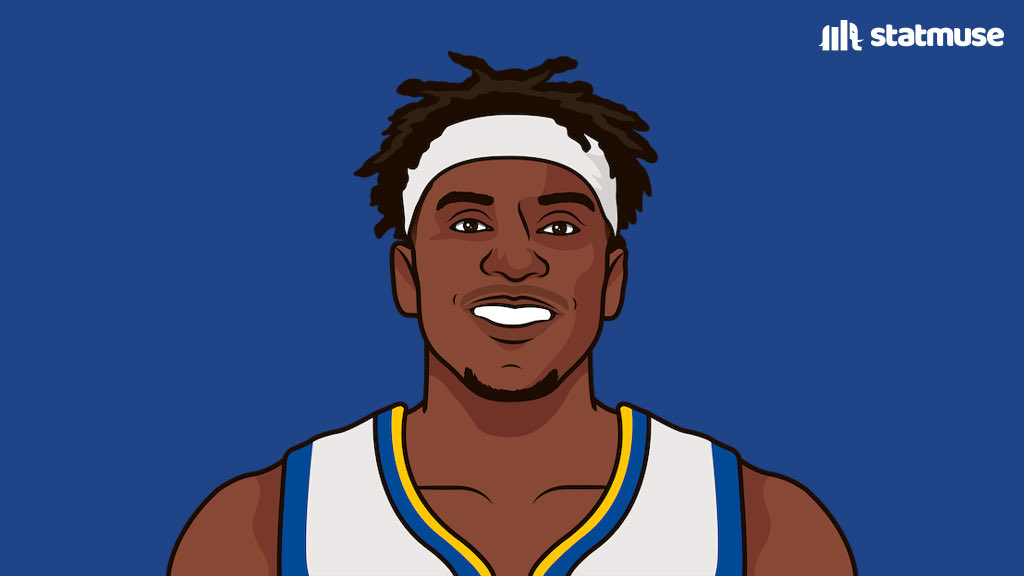 Dalton Johnson @DaltonJ_Johnson
“It’s an honor to be able to play with him and call him my teammate.”
Kevon Looney hit the nail on the head when I asked how Steph Curry has influenced the present and future of basketball forever https://t.co/MtH23EFFGm pic.twitter.com/3jST9S4i4h – 4:22 PM 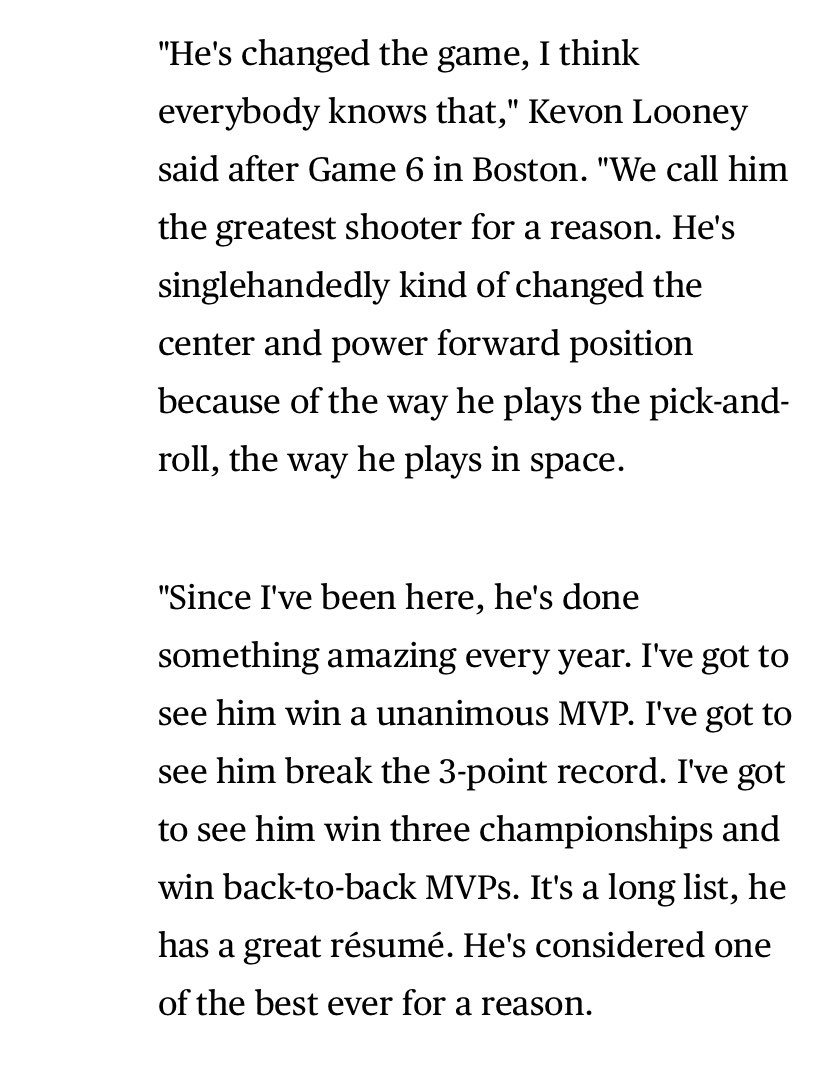 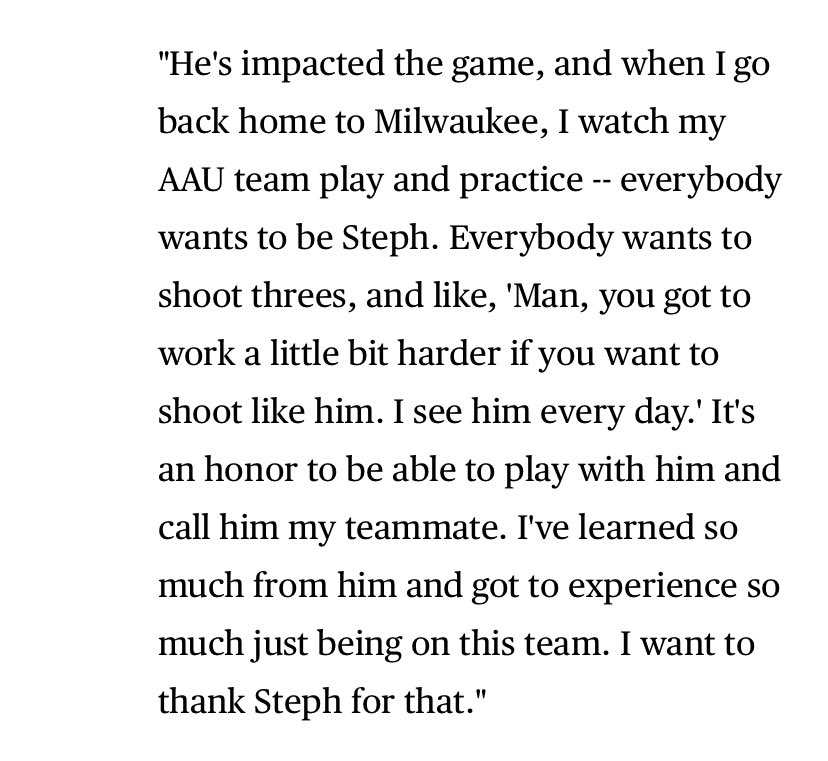 Michael Pina @MichaelVPina
When asked about Steph’s influence on the sport, Kevon Looney just said he not only changed offensive philosophy but also the power forward and center positions—what type of players are needed to defend him. – 12:42 AM

Melissa Rohlin @melissarohlin
Kevon Looney on the Warriors chanting “Fuck you, Draymond” in the locker room after the game
“Draymond been yelling at us all year, too” he said, as both he and Otto Porter Jr. erupted in laughter. – 12:40 AM

Adam Lauridsen @GSWFastBreak
While the Warriors celebrate, Kevon Looney is going to be in a a dark gym boxing guys out and snagging boards. His playoffs were a dirty-work masterpiece. – 12:03 AM

Sopan Deb @SopanDeb
does kevon looney get his number retired by the warriors when his career is over? my assumption is yes, but i wanted to make sure that wasn’t a silly thing to say. – 11:40 PM

Dalton Johnson @DaltonJ_Johnson
Kevon Looney is getting ready to check in – 11:03 PM

Tim Bontemps @TimBontemps
Kevon Looney is already up to four offensive rebounds again in this game. He continues to dominate inside.
Jayson Tatum and Marcus Smart now each have three fouls for Boston. – 9:59 PM

CJ Holmes @CjHolmes22
Warriors have outscored the Celtics 16-10 since Kevon Looney checked in with 8:45 left in the first quarter.
Boston’s up 22-18 but Golden State continues to roar back. – 9:30 PM

CJ Holmes: Andrew Wiggins on Kenny Atkinson’s return: “He gave up a head coaching job to come back and be a part of this thing we got here. It’s amazing. It shows that all we got here is a bunch of people that want to win, that are on the same page. And we’re looking forward to the future.” -via Twitter @CjHolmes22 / June 18, 2022 Monte Poole: Andrew Wiggins, on possible extension w/Warriors: ‘I would love to stay here. This is top-notch. The way they treat their players, the way they treat your family. We’re all 1 big family. A lot of places might say that, but here their actions show it. I would love to stay here’ -via Twitter @MontePooleNBCS / June 18, 2022 After accepting Charlotte’s job offer during the NBA Finals last week, further conversations with the Hornets’ organization led Atkinson to believe that both professionally and personally it would be best to remain with the Warriors, sources said. Atkinson and the Hornets had agreed in principle to a four-year deal, but a contract was never signed, sources said. -via ESPN / June 18, 2022
Загрузка...