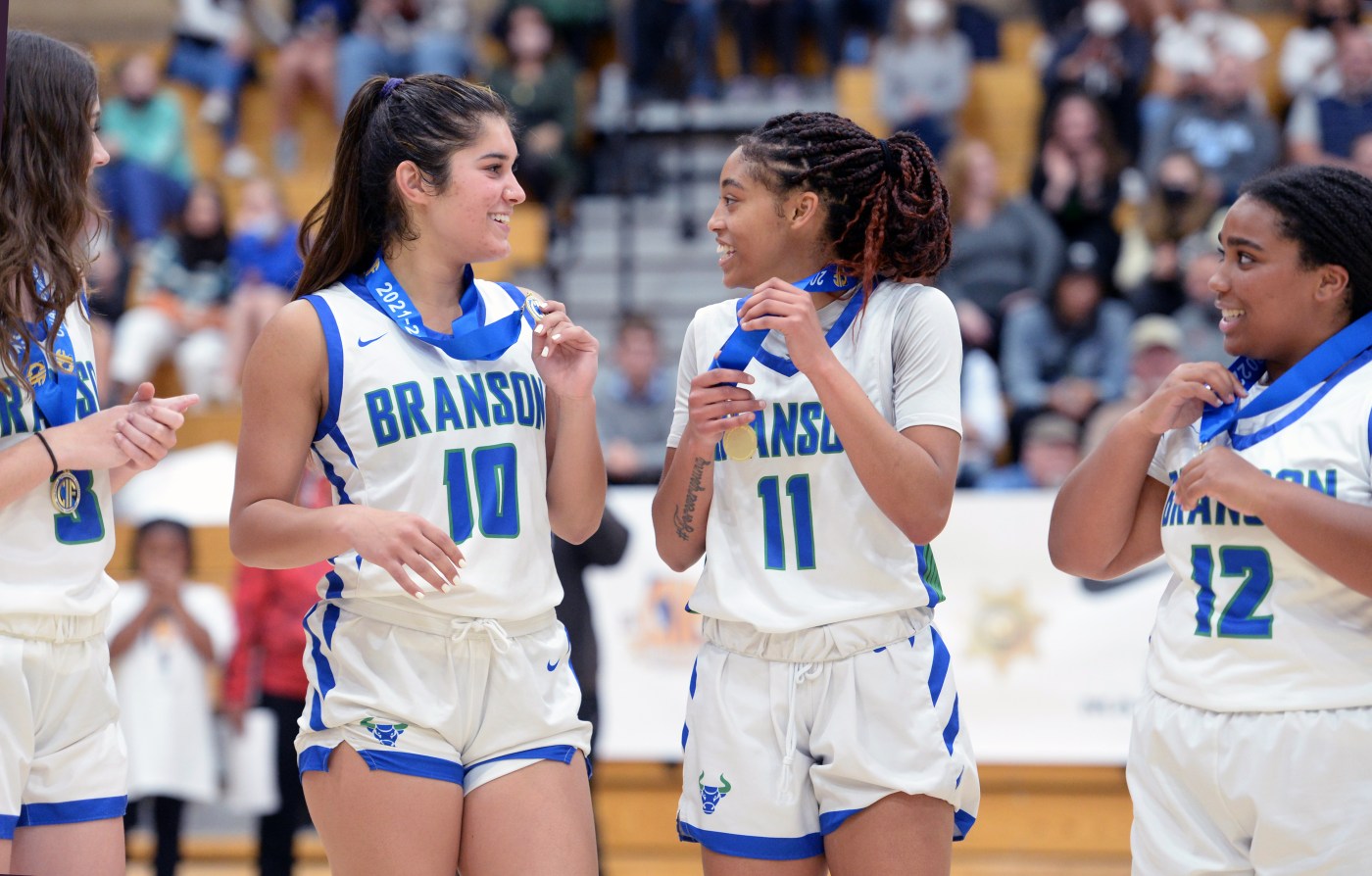 Winning a State title says a lot about the talent at The Branson School, especially the abilities and determination of Jaliyah Wiggins and Hannah Golan.

Individually, they are each rated among the best basketball players in Marin County in the past decade. Together, they become one of the best tandems the state of California has seen in a long time. But, really, they prefer to think of themselves as one entity: “Haliyah”.

“We play for each other and for our teammates,” Golan said. “It’s like we know everything about each other. She’s like a sister to me.”

“Haliyah” combined to outscore and outperform Imperial in a blowout 46-23 victory over Imperial in the CIF State Division II championship in Sacramento on March 12. Golan tallied game-highs with 21 points and 15 rebounds, to go with five steals and two blocks. Wiggins posted 10 points, five rebounds, five steals and three assists.

“Hannah Golan is just a beast to guard because of her strength and quickness, and Jaliyah Wiggins is just amazing,” San Domenico coach Mike Fulton said. “The way Hannah dominates on the offensive side and the way Wiggins dominates on the defensive side make them special. They are two very special kids.”

Golan put up big numbers all season, but Wiggins was the driving force for the Bulls, who knew they were playing this season “for Jaliyah.”

Either one is a worthy candidate to be the Marin IJ’s player of the year, but they are just inseparable.

“Jaliyah is an amazing young lady, they all are,” Branson head coach Trey Mitchell said. “I am blown away with how mature she is. And Hannah has been so strong all season. I’m so glad I get to see her play again next season.”

It says a lot about Wiggins and Golan, both All-MCAL first-team selections, that they are in the company of talented duos, including Marin Catholic’s Gracyn Lovette and Anna Schrader and San Marin’s Lailah Carey and Keeley Wright. Lovette was named the MCAL Player of the Year by coaches.

Reaching the State championship even once is a rare feat for most players. For Wiggins and Golan and the Bulls, it was a motivation after winning the NorCal title in 2020. The Bulls’ shot at the State title was canceled by the COVID-19 pandemic. This year, they won their second NorCal title and nothing stopped their run to the State title.

Branson won the North Coast Section Division V crown, then was elevated to the Northern California Regional Division II bracket. The Bulls weren’t fazed as they were pitted against competition much stronger than almost any they faced most of the season. Wiggins and Golan showed the maturity and grace under fire that inspired their teammates to the school’s first state championship in 14 years.

Fulton, who coached the Branson girls to State titles in 2007 and 2008, said Wiggins and Golan each could have made the lineup for those teams.

“These two girls could play on any team at any level,” Fulton said.