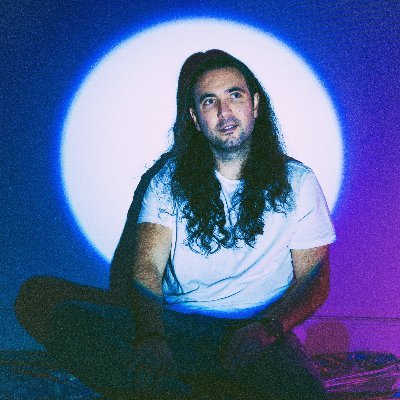 Ron Pope is still waiting for Kevin James to feature him on the big screen.

When the next King of Queens show drops, Pope wants to be first in line. The simple reason? It’s that orange and blue connection.

“I’ve spent my whole life in the entertainment business and loving the Mets,” said Pope, a New York-born musician who rose to fame with his song Drop in the Ocean. “I’m still waiting for Kevin James to call me for a reboot of [the show].”

He laughs, but who knows — with the Mets’ success this year, it’s only a matter of time before their web of celebrity supporters grows wider and wider.

While James is one of the more famous celebrity Met fans, Pope’s been an avid follower of the team since his earliest days. Before Pope even attended a game at Shea Stadium, his family’s baseball fandom can be traced back to the days of Brooklyn’s former NL team.

“My dad’s grandfather was a Brooklyn Dodgers fan,” Pope said. “And when they left, he kind of just waited for the next National League team to come [to New York]… They got the Mets in ‘62. And they were the worst team in the history of baseball.”

But to Pope, it’s never mattered how bad the Mets have gotten. It’s what you’ve signed up for.

He was hooked on the 1988 postseason and his fandom has only grown larger since then. 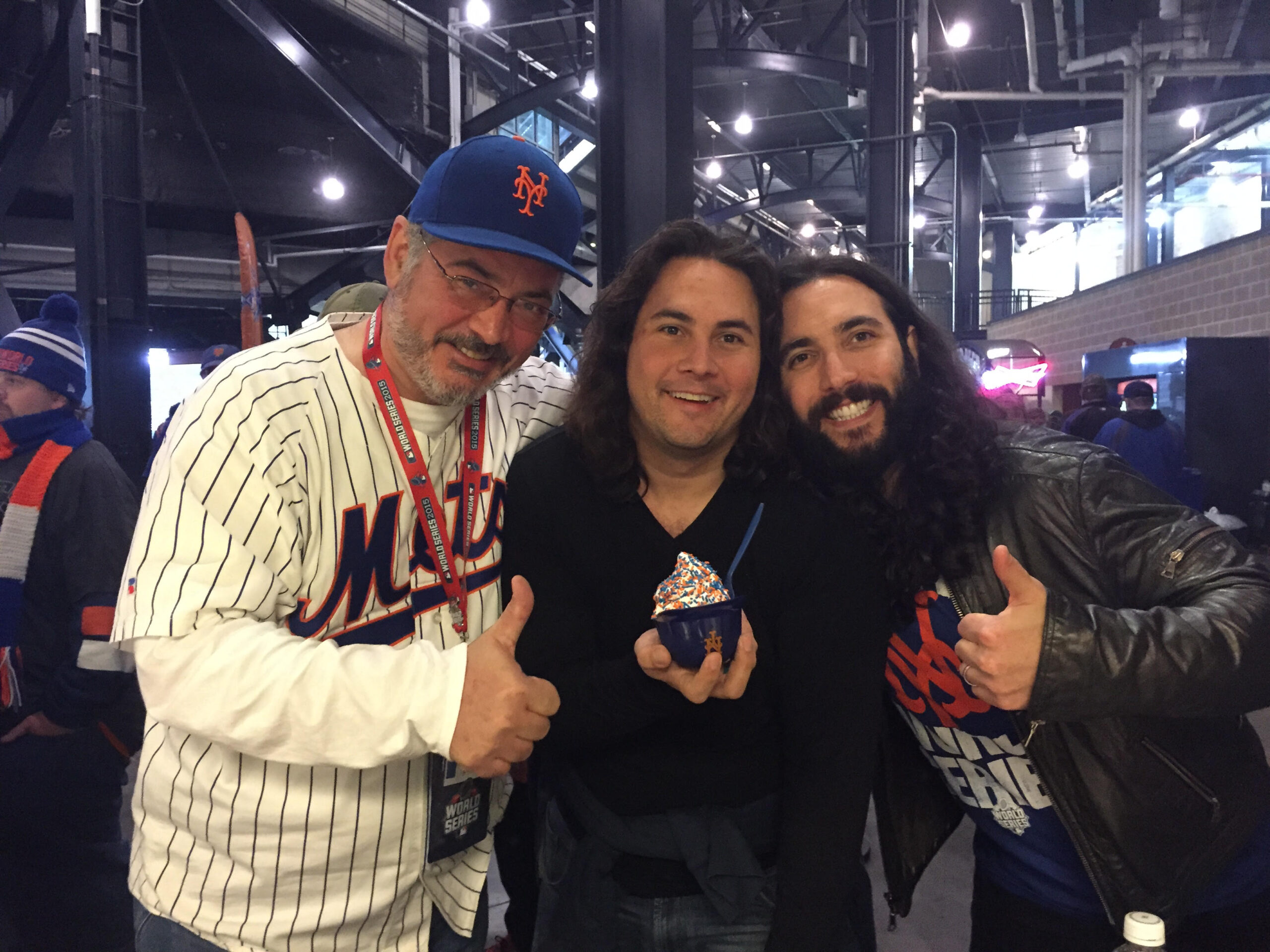 Ron Pope (left) with his dad and his brother (John Pope Sr. And John Pope Jr.) at the 2015 World Series.

After his formative years in New York, Pope and his family moved to Georgia — Atlanta Braves territory — at the age of 11. Despite the geographic shift south, Pope retained his love for baseball, and specifically the Mets. But those years brought a different level of fandom for Pope, who spent way more time actually playing baseball than watching major league games on TV.

Years later, his passion and talent for the sport led to a brief stint playing collegiately at the Division I level for Rutgers University.

But when injuries ended his playing career earlier than expected, Pope turned to his next love: music.

“Once I was in a position where I couldn’t play baseball anymore, I needed something to fill up my life,” he said. “I kind of took the same direction with music that I did with baseball. I did extra — I wasn’t the most gifted person or had this giant vocal range —  but I loved music and was willing to keep working very hard at it. I wanted to put the best thing together I could that would reach people.”

Once Pope established his music career and gained a level of fame, success, and fortune — his works include over a half-dozen albums, as well as his most recent EP released earlier this year — he had one specific purchase he wanted to make that was never attainable before.

Mets tickets. But not just any random tickets at Citi Field. Tickets with a good view to see the Mets in action.

“That was my dream,” Pope said, smiling.

When he’s not at the ballpark, Pope always has the Mets on his mind; he’d love to do a podcast discussing the team if he had more time, but nowadays his music career keeps him busy. He’s been on an acoustic tour most of the year, but even in between shows, regular conversations with family quickly turn into Mets debates.

A sample of recent texts from his dad:

‘Do you think we’re going to try to get [Wilson] Contreras] at the deadline?’

November 1, 2015. The day the Mets magical season ended was oh-so-close to being one of the greatest wins in franchise history.

A Kansas City ninth-inning comeback and ultimately, an extra-innings offensive barrage ruined any chance of the Mets sending the World Series to a sixth game.

With 40,000-plus fans anxiously watching the game, many with feelings of heartbreak and disappointment, one fan — at least for a moment — was missing from his seat.

“After that [Royals] comeback, my dad left to go to the bathroom because he was crying,” Pope recalls of that chilly October evening with his family.

The 2015 Mets season brought tears of joy, but for Pope and his family, one night in 2015 brought tears of pain — emotional pain rooted in over 50 years of supporting a franchise that has never made it easy.

It’s never mattered to Pope, though. He’s in this for life. He bleeds Mets orange and blue.

The tide is turning for this team. And he couldn’t be happier about that fact.

Asked about his thoughts on the Steve Cohen Mets era, Pope described his feelings in one word that paints a picture of another special season in the works.

Tears of joy, even. The 2022 Mets are rewriting the script of the franchise’s image.

Pope and his family have been there from the start. And you can bet on him being there at the Canyon of Heroes, crying his own tears of joy, when the Mets win their next world championship.

A Mets world championship? Now, that would be music to his ears.

Note: Thanks to Jack Ramsey for helping out with the interview process, and to Ron Pope for being generous with his time and responses!