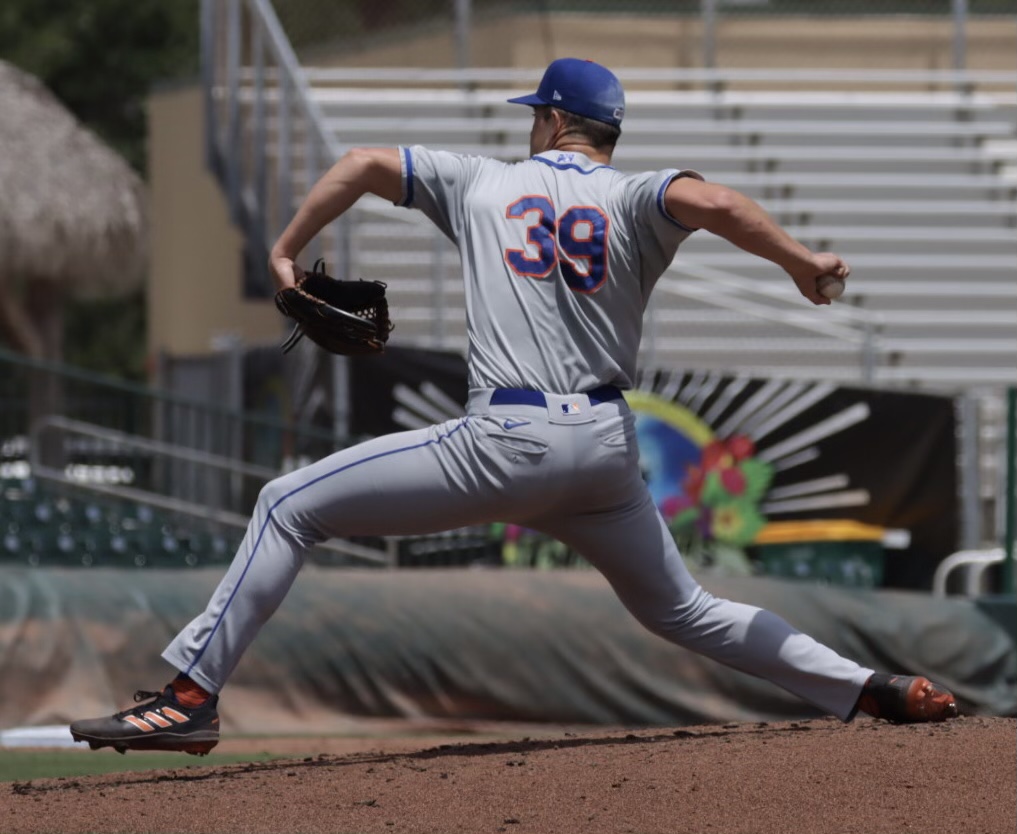 Carson Seymour was one of the more interesting players taken in the Mets’ pitcher-heavy 2021 draft. The 6-foot-6, 260-pound right-hander pitched two seasons at Kansas State, where he posted a 6.19 ERA across 56 2/3 innings in 2021 with a 1.59 WHIP, after transferring from Dartmouth following his freshman season.

While the results may not have been encouraging, Seymour featured some very intriguing “stuff”. His sinking fastball sits in the mid-90s and can reach 99 while throwing a hard cutter in the low-90s with a potentially-plus changeup and developing curveball. In fact, there were rumblings following the shortened 2020 season that Seymour could work himself into the first-round conversations with a bounce-back 2021 campaign.

However, Seymour continued to struggle with command in 2021 and ultimately fell to the Mets in the sixth round. After 25 innings so far with St. Lucie this year, that’s starting to look like a steal as he’s turned potential into results. Seymour has allowed just one run (giving him a 0.36 ERA) with a WHIP of 0.96 while striking out 19 (a 6.84 K/9). Most encouraging is the improvement in command. Seymour has issued just seven walks so far this year after posting a BB/9 of 5.1 in his final season with Kansas State.

Groundouts and soft contact have been key to Seymour’s early-season success. He’s implemented his sinker as a primary pitch this season, leading to a 62.7% ground ball rate. In Seymour’s recent outing against the Palm Beach Cardinals, he threw the sinker 53% of the time (36 total), generating an average exit velocity of 80.7 mph while recording seven outs on ground balls.

Seymour has overmatched hitters in Low-A and should be on the shortlist for a move to Brooklyn soon. While the results so far are certainly encouraging, he’s older for a Low-A pitcher at 23. It’ll be telling if he can maintain his command improvements at higher levels, thus maximizing the effectiveness of his secondary pitches while limiting hard contact.

Seymour has the potential to pitch in a big league rotation, or at least out of the bullpen, with his large frame and strong pitch mix. We’ve seen the Mets develop pitchers with less — see Tylor Megill (picked in the eighth round) or a certain converted shortstop picked in the ninth.

Obviously, these comparisons are incredibly premature but it’s not unprecedented to see the Mets make something out of mid-round college arms, especially if they have the stuff that Seymour does. The organization lacks starting pitching depth in the upper levels, so Seymour can certainly ascend the system quickly if he keeps up his early success.