In a stark reminder that the Corona Virus pandemic is not quite over, Thursday’s pivotal game between the New York Yankees and the Boston Red Sox has been postponed. No make up date has been determined as of 8:30 PM  Thursday night. The game was postponed following the news that a total of six Yankees either tested positive for the virus or were pending further results. Friday’s game between the two teams is still scheduled pending further news.

Following positive COVID-19 tests within the New York Yankees organization, tonight’s game between the Yankees and the Boston Red Sox at Yankee Stadium has been postponed to allow for continued testing and contact tracing. Major League Baseball will continue to provide scheduling updates as available.

In a hectic afternoon in the Bronx, Yankees’ GM Brian Cashman first gave notice that Thursday may be problematic when he announced shortly after noon that lefthanders Nestor Cortes, Jr. and Wandy Peralta have been placed on MLB’s COVID-19 injured list. 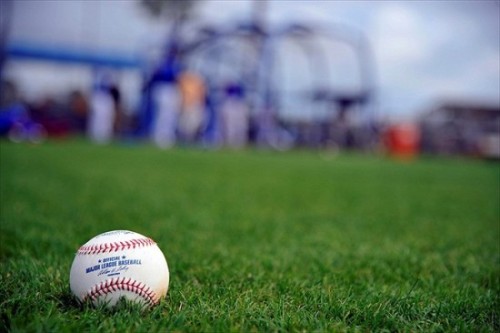 Later, at about 4:00 PM while the Yankees were taking infield practice, word came that betting practice was canceled and reporters were asked to leave the field. Word then spread to the Red Sox and just before 4:30 PM manager Alex Cora said in a Zoom conference: “I think there’s a lot of stuff going on right now.”

Just before 5:00 PM, Cashman told reporters that “the team has three positive tests and three results pending.” The third known player to have tested positive was Jonathan Loaisiga who was placed on the COVID-19 list before the All-Star break. Both Cashman and Aaron Boone were careful not to divulge too much information on the situation. But Boone, speaking on WFAN’s Carton and Roberts Show, did note several conversations between Yankees player representative, Zack Britton and the Union. Cashman did add that “most” of the six players had been vaccinated and reminded the press that the Yankees were one of the first teams to clear the 85% vaccinated threshold that allows for looser adherence to MLB’s protocols.

This is their second instance of positive tests for the Bombers with several coaches having to miss time in May following so-called “breakthrough infections.”

Thursday’s game was meant to be the start of a pivotal stretch for the fourth place Yanks. They play 11 games against the Red Sox and Rays before the trade deadline at the end of July. New York is only 5-14 against these team to date this year. The results, if the games are played, will in large part determine whether the Yanks are buyers or sellers at the trade-deadline.