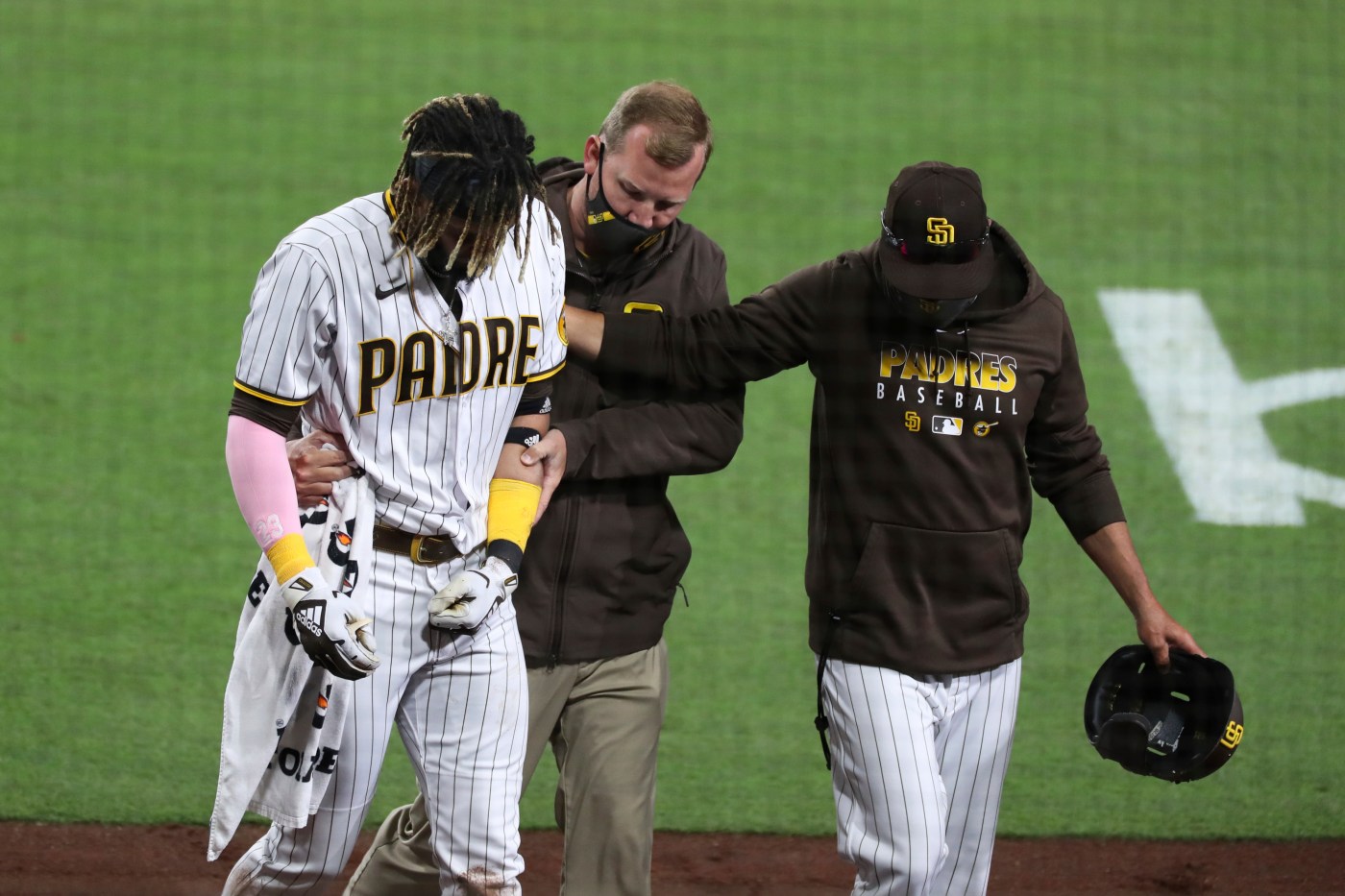 Fernando Tatis Jr. has the talent to swing the National League West race in the Padres’ favor this year, but he’ll have to remain healthy to do so.

After taking a vicious swing at a two-strike curveball from Giants starter Anthony DeSclafani on Monday night, Tatis crumpled to the ground in pain and was helped off the field by a pair of Padres trainers. He was initially diagnosed with a left shoulder subluxation and was placed on the 10-day injured list Tuesday.

Fernando Tatis Jr. went back to the clubhouse after hurting himself on this swing pic.twitter.com/iQh81fkwjU

Padres general manager A.J. Preller spoke to local reporters Tuesday and said Tatis has a slight labrum tear, but will attempt to rehab the injury without surgery.

“It’s just being safe and giving the left shoulder inflammation and some of the instability a chance to calm down,” Preller told Padres beat reporters.

Preller hopes Tatis will return to the field in 10 days and added that the 22-year-old shortstop wanted to be back in the lineup against the Giants before he was placed on the injured list.

Fernando Tatis Jr. has a labrum tear, will go on the IL.
AJ Preller: "It's just being safe and giving the left shoulder inflammation and some of the instability a chance to calm down."
No surgery for now.

Given the dramatic scene from Monday’s game, the news might be the best possible scenario for Tatis and the Padres.

Yes, even the pitchers who Tatis torments know baseball is better when he’s in the batter’s box.

“Everybody was pretty upset when it happened,” Giants reliever Caleb Baragar said. “I know for me personally, that sucks to see. I think all of us want to play against the best competition and him being one of the best players in the league, it’s really tough to see a guy like that go down.”

The Padres signed Tatis to a 14-year, $340 million contract extension over the offseason, which made him the highest-paid shortstop in baseball history. New York Mets shortstop Francisco Lindor has since surpassed the deal with a 10-year, $341 million extension, but there’s no denying Tatis is one of the most important players in the sport because his thrilling style of play has such a broad appeal.

Assuming Tatis returns in the timeframe Preller outlined, he won’t miss the next series between the Giants and Padres, which is scheduled for April 30-May 1 at Petco Park. The teams are also scheduled to meet once more during the first half of the season when San Diego travels north to Oracle Park for a three-game set from May 7-9.

Tatis’ injury means he’ll miss the final two games of the current series against the Giants, but manager Gabe Kapler knows his pitching staff will still have its hands full.

“(Tommy) Pham and (Manny) Machado are hitting two and three and you kind of have to game plan for those guys in a similar fashion as you would with Tatis in the two-hole,” Kapler said. “There’s no question Tatis is one of the more talented players in all of baseball. Their lineup is pretty stacked top-to-bottom and they have in this particular case, a good replacement right there in the middle.”

Ha-Seong Kim, who left the Korean Baseball Organization to sign a four-year, $28 million contract with the Padres this offseason, will start in place of the injured Tatis on Tuesday.

Tatis being on the field makes things more difficult for the Giants, but if they’re going to make a surprise run in the NL West this year, they’d prefer to do it against the rosters the Dodgers and Padres envisioned they would have when the season began.

“Hopefully he makes a speedy recovery and he can get back out there the next time we play them,” Baragar said.