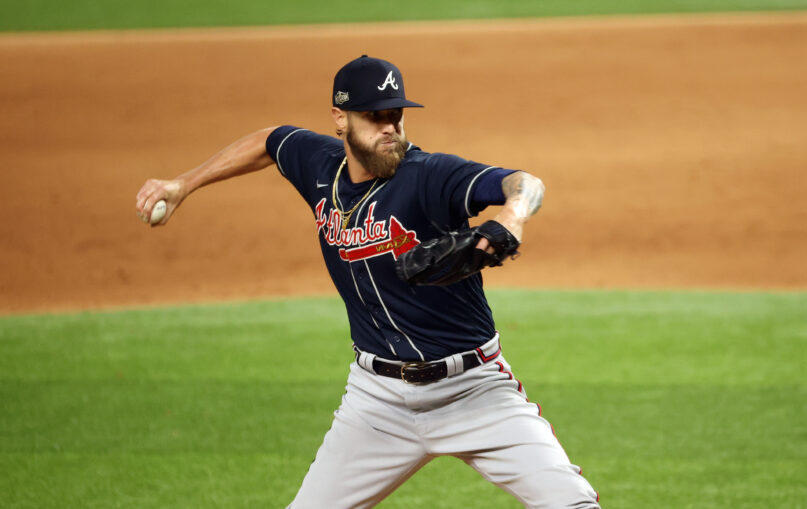 With the New York Mets aiming to compete for the playoffs this season, they desperately needed to improve their bullpen over the offseason, and while management has made some impactful signings – including Trevor May and Aaron Loup – it’d still be beneficial to acquire one more reliever before Opening Day.

While some experts believed the Mets’ bullpen was in a good position heading into spring training, the recent injury to reliever Seth Lugo, who’s expected to be sidelined until May due to a bone spur in his elbow, has undoubtedly placed additional pressure on the front office to locate another reliable high-leverage arm. But with limited options available in free agency, accomplishing that feat may prove to be extremely difficult, especially since reliever Trevor Rosenthal just signed a one-year, $11 million deal with the Oakland Athletics.

Despite losing out on Rosenthal, there’s still an opportunity for New York to improve its pitching staff and that could result in signing someone like Shane Greene, who they checked in on before the 2019 trade deadline and have done so recently as well. Though he wouldn’t be the most popular acquisition of the winter, the 32-year-old owns prior closing experience and is also extremely durable as he had earned at least 60 appearances in each of the last three seasons before the 2020 campaign.

Since staying healthy has been somewhat of an issue for the Mets’ hurlers over the last couple of seasons, adding someone as durable as Greene may prove to be very important in 2021. Along with his durability, the 6′ 4″ reliever has also been performing at the top of his game since 2019, which is exactly why the Atlanta Braves acquired him from the Detroit Tigers prior to the trade deadline. 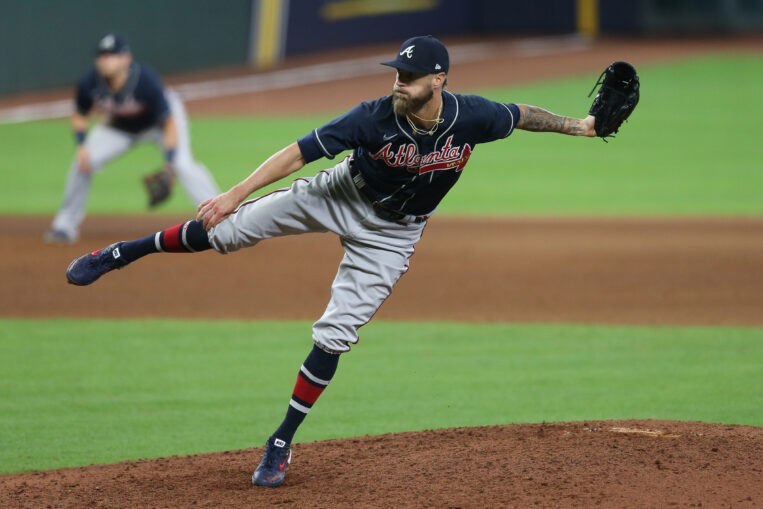 Along with these three offerings, Greene also owns a mid-80s changeup, which averaged the 19th-most inches of drop (37.3 inches) last season, but has barely used it since becoming a full-time reliever in 2017. While he’s experimented with it during each spring over the last few seasons, the former 15th-round selection started gaining more confidence with it before the first spring training was shut down and continued working on it during the league’s hiatus.

Once the veteran righty arrived to spring training 2.0, or summer camp, he was able to hit the ground running with his encouraging offspeed weapon and decided to incorporate it more into his repertoire. After utilizing it just 0.5% in 2019, he increased its overall usage to 13.3% in 2020 and his hard work certainly paid off in a massive way, particularly against left-handed hitters.

In comparison, his changeup was so effective during the 2020 campaign that it nearly generated a higher GB rate than his sinker. 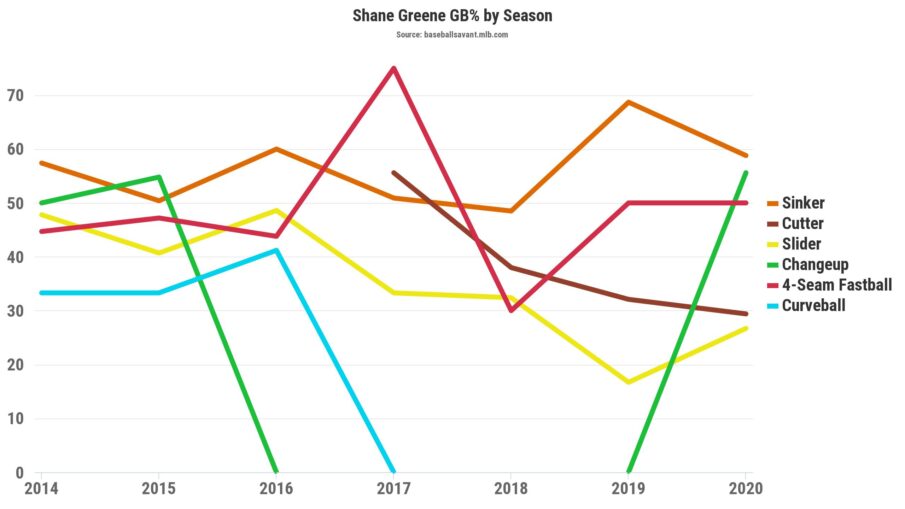 But considering the former Daytona Beach Community College product only threw seven changeups to right-handed batters last season, it seems like he’s only scratching the surface of its full potential, which he could unlock over a full season. If he were to further increase its usage up to around 18 or 20 percent, there’s a strong chance he’d be able to induce more ground balls and also generate more swings and misses moving forward.

Taking into account that Greene was paired with catcher James McCann during their time together in Detroit, a reunion in Queens could be exactly what the former closer needs to perform effectively this season. While this duo hasn’t played together since 2018, it probably wouldn’t take them too long to recreate the relationship they formed during their four seasons together in Motown.

Even though the Florida native received $6.25 million in 2020, he hasn’t produced a fWAR rating of at least 1.0 since the 2016 campaign, meaning his current market value likely isn’t anywhere near as high as that figure. With that in mind, it’d make sense to offer him a one-year deal worth around $3 million or perhaps start him off on a minor-league contract and let him earn a spot on the roster.

With Lugo expected to be placed on the injured list, that leaves the Mets with pitchers like Edwin Diaz, Jeurys Familia, Dellin Betances and May as options at the backend of their bullpen. But if they added Greene to the mix, he’d be able to help fill that void and would also make this group even deeper once the 31-year-old recovers from his elbow surgery.

Since acquiring plenty of depth at multiple positions has been the theme of this offseason for New York, it’ll certainly be interesting to see if they take that same approach one more time before the 2021 regular season opens on Apr. 1.