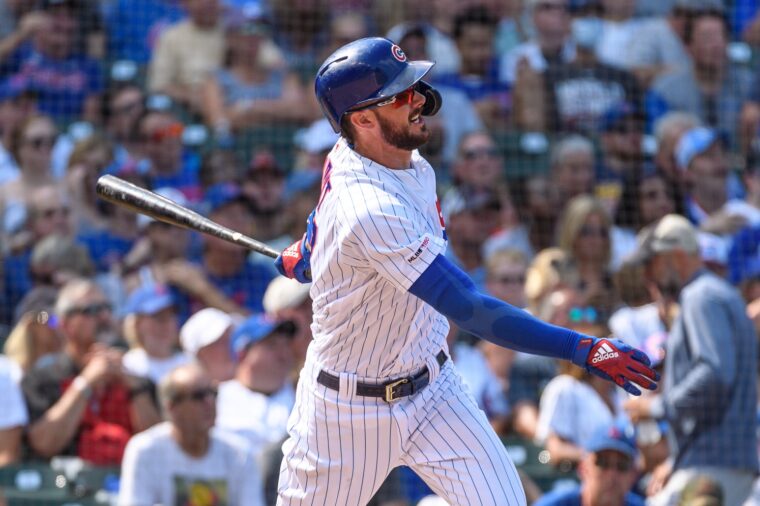 Either the Mets are looking for a third baseman or they have a unique way of motivating players. Sandy Alderson has had ample chances to essentially say J.D. Davis is the third baseman in 2021 and be done with it but he has not done that. Even yesterday on WFAN, Sandy said Davis was the third baseman but added the key words “right now.”

The candidate who seems to be emerging is Kris Bryant of the Chicago Cubs. Bob Nightengale of USA Today mentioned that the Mets and Cubs had recent discussions on Bryant. Mike Puma of the NY Post said as much yesterday, though Andy Martino of SNY did report that trade talks between the two teams broke off recently.

I do not think much needs to be said about Bryant’s career. He was the MVP of one of the most iconic teams in baseball. His stretch from 2015-2017 is nothing short of elite. Bryant’s numbers dipped in 2018 because of injuries but he managed to rebound in 2019.

Once again though, Bryant’s numbers in 2020 dipped because of injuries. Bryant suffered a wrist and finger injury in the middle of August while attempting a diving catch. He then sustained an oblique injury towards the end of September. All told, Bryant finished the season with an bad slash of .206/.293/.351 with a .285 wOBA and 76 wRC+.

I think most can agree that Bryant is a better player than that and when he’s healthy, he is still a really good baseball player. He rebounded from a shoulder injury in 2018 to hit .282/.382/.521 in 2019 with a 135 wRC+ and a 4.8 fWAR. I usually like digging deep into the numbers to see what a player is doing well and what he is not. But in this case, the 2021 outlook for Bryant is really based on one question: Is he healthy?

Bryant will make roughly $20 million in 2021. The Mets have about $28 million before they cross the luxury tax line. They conceivably want a starter, a reliever, an outfielder, and are in the third base market. Considering the market, you can get a reliever for relatively cheap and it is fair to say the Mets will be looking more towards James Paxton as a starting pitching option.

What I believe is that the Mets would send Jeurys Familia back to Chicago to offset some of the salary. They could also move Familia in a separate deal but if Chicago were to take on Familia, the Mets would need to give up a much better prospect than they would have otherwise. That said, I think fans will be stunned as to how little Bryant will get. Maybe the Cubs like a major leaguer on the roster like J.D. Davis and move on from Bryant.

Honestly, I think the first option should be to offer Justin Turner a two-year deal. Turner is still a better hitter, granted he isn’t the defender he once was. After Turner, I think Bryant would be the next best option assuming his physical looks good. The Mets could easily see him as a rental and get a compensation pick for him next offseason. They would probably be giving up very little for him so if they think he is still healthy, they would still come out on top even if he leaves next offseason. It would essentially be like the Braves giving Josh Donaldson a one-year prove it contract.