NEW ORLEANS – A pair of Razorbacks were recognized with USTFCCCA South Central Region honors as Lauren Gregory earned Runner of the Year while Arkansas associate head coach Chris Johnson claimed Assistant Coach of the Year, as voted upon by coaches.

In the SEC Indoor Championships, Gregory shared high point honors as she totaled 20 points from winning the 3,000m, placing second in the mile, and anchoring the distance medley relay to a runner-up finish. 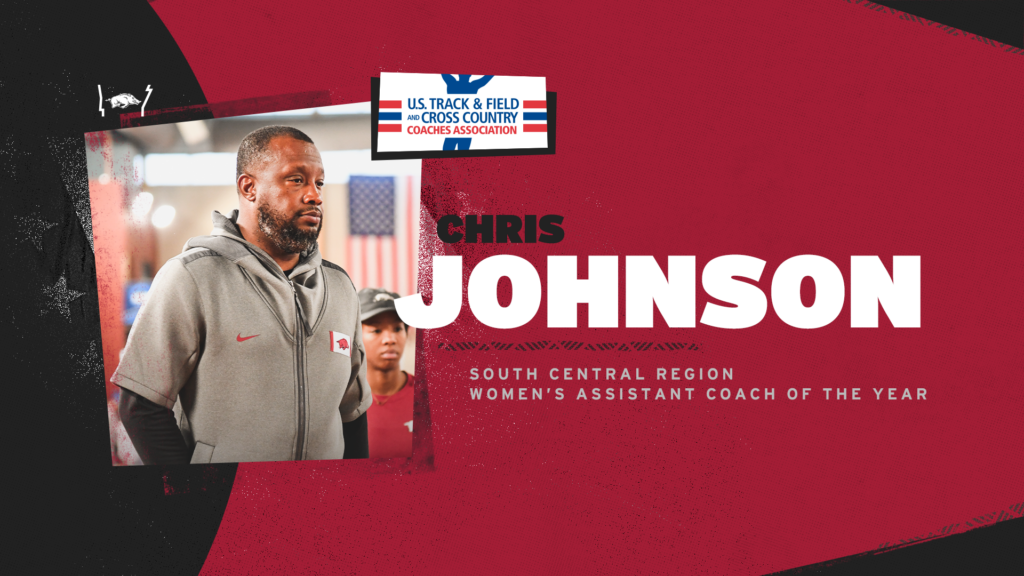 In addition to Arkansas earning a fourth-place trophy at the 2022 NCAA Indoor Championships, the Razorbacks totaled 127.5 points in capturing an eighth consecutive SEC Indoor title.

Johnson’s event group supplied 18.5 of the 40 points Arkansas scored at the NCAA Indoor meet, along with 50 points in the conference meet.

Johnson had 12 entries among six events qualify for the NCAA Indoor Championships. They combined for seven first-team All-America honors and eight second-team honors.

The Razorbacks broke the collegiate record in the 4×400 relay with a 3:24.09 victory at the SEC Indoor, chopping an astonishing two seconds off the previous record of 3:26.27 set by Texas A&M in 2021. The performance ranks No. 4 on the all-time world list behind a pair of Russian marks and one by Team USA.

Britton Wilson anchored the collegiate record performance with a 49.83 split, the second fastest split ever run indoors and just the fourth sub-50 second split. Wilson finished runner-up in the 400m with a UA school record of 50.88 seconds.

Arkansas capped the NCAA Indoor meet with a 3:27.23 victory in the 4×400 relay, the eighth fastest performance on the all-time collegiate list.