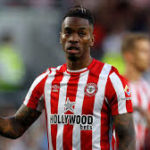 November 17 – Brentford striker Ivan Toney is facing a ban after being charged by the FA with 232 alleged breaches of betting rules.

The charges relate to alleged betting rule breaches between 25 February 2017 and 23 January 2021.

During that time Toney played for four different clubs – Scunthorpe United, Wigan Athletic, Peterborough United and Brentford, who he signed for in September 2020.

Brentford gained promotion to the Premier League via the play-offs at the end of the 2020/21 season.