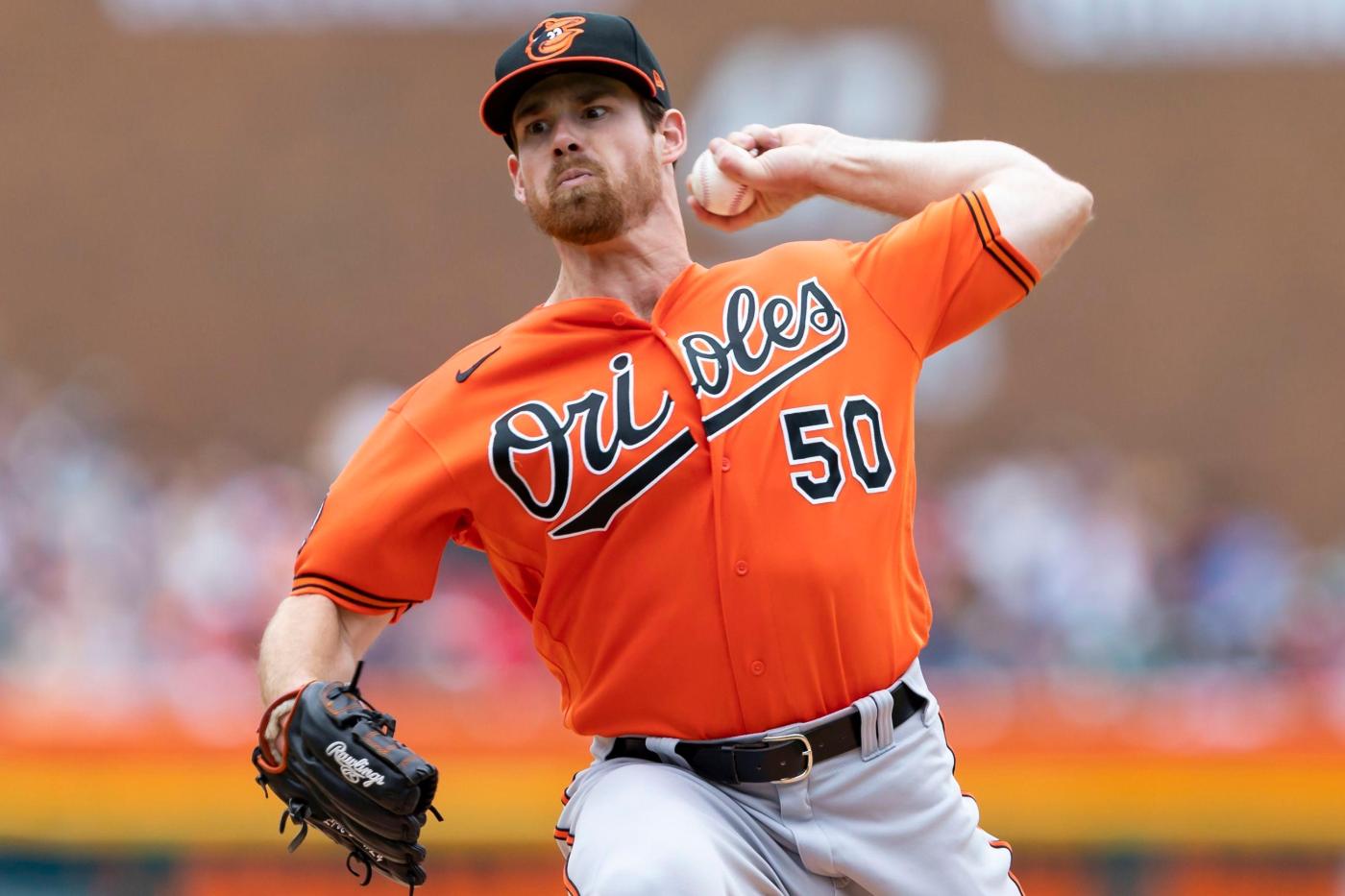 Barring the changeup he left atop the strike zone to begin the seventh inning, Orioles left-hander Bruce Zimmermann hadn’t missed many spots Saturday against the Detroit Tigers. That’s the way he’s been all season, giving the Orioles a chance every time he takes the mound.

He did so again Saturday, allowing two earned runs in his six-plus innings. But as the Orioles lineup continued an anemic stretch in the first two games of this series, the chance fell by the wayside, handing Zimmermann a loss when he supplied an outing worthy of more.

The 3-0 defeat for the Orioles secures a series loss, their offense a whisper that couldn’t keep up with the Tigers — even though Detroit’s batters hardly produced a roar.

“We haven’t given him a lot of run support in his starts,” Trey Mancini said of Zimmermann. “At the same time, that doesn’t matter to him at all. He goes out there, no matter what the score is, and he’s going out there and pitching really well.”

Three times an Orioles (14-20) batter reached base with one out or fewer in the third, fourth and fifth innings after walks from Anthony Bemboom and Mancini as well as a single from Tyler Nevin, Baltimore’s first of the day. Each time, those runners were wiped out by double plays. And when Mancini singled to lead off the ninth, a sharply hit grounder from Anthony Santander (106.3 mph) turned into another two outs.

Baltimore couldn’t push a runner into scoring position until the seventh inning, when a grounder from Ramón Urías ate up third baseman Jeimer Candelario and wound up in shallow left field for a double. But even then, a pop up by Rougned Odor and a Nevin strikeout ended that threat.

It continued a dismal offensive display from Friday night, when the Orioles hit 1-for-12 with runners in scoring position and stranded 14 runners in a 4-2 loss. On Saturday, there were fewer runners to strand, even with an early departure for right-hander Michael Pineda.

After a rocket from Urías ricocheted off Pineda’s forearm, the 33-year-old starter exited just one out into the second inning with a right hand contusion. That set up an unexpected bullpen day for the Tigers, but the following pitchers blew through the Baltimore order. Five relievers covered the remaining 7 2/3 innings, allowing just four hits.

“It’s not always easy, I’m sure, when your pitcher and starter unexpectedly goes down,” Mancini said. “But those guys came out and did a really good job for them today. Got a lot of double-play balls in big situations, which is something as an offense we’ve got to improve upon.”

Some of the Orioles’ misfortune came down to ill luck. Twice Mancini hit balls to deep right field, leaving his bat at over 100 mph with expected batting averages at or above .770. Both were caught just shy of the fence. Eight of the top 12 hardest hit balls were from Baltimore batters, per Statcast, yet seven of those resulted in outs.

There’s another side of it, though, that revolves around the absences of injured starters Ryan Mountcastle and Austin Hays. Without those two bats in the middle of the lineup, the Orioles lack much of their firepower, something that had finally started to show after an April in which Baltimore plated 62 runs, the second fewest in the majors.

The injuries to Hays and Mountcastle propelled Urías into the cleanup hole for the first time in his career, perhaps the most obvious sign that there were few places for manager Brandon Hyde to turn. And it led to a poor offensive showing, lacking any support for another serviceable start from Zimmermann.

“That’s two of our top-of-the-order guys, two of our run producers for us, guys we’re relying on to count runs,” Hyde said. “But other guys have to step up. It’s a 26-man roster. We’re in the big leagues. And we’ve got to be able to hit.”

The two pitches Zimmermann wishes he could have back both left the yard in a hurry. There was the high changeup to lead off the seventh that Willi Castro launched into the bullpens, ending Zimmermann’s outing. And there was a sinker Zimmermann left high in the zone for Eric Haase to catch.

“They jumped on me on a couple of those balls, which, when you’re in the zone as much as I am, you kind of have to expect that, especially third time through,” Zimmermann said. “That’s on me to know that and mix a little better.”

But the two solo homers and earlier sacrifice fly were minor miscues of another strong showing — something Zimmermann has done all year. Zimmermann gave up two earned runs on seven hits while recording one walk and two strikeouts. He has allowed three earned runs or fewer in each start, although he hasn’t pushed beyond six innings.

That’s the next step for Zimmermann, who said he’s still figuring out how to go there.

“The seventh is kind of the monkey on my back right now,” Zimmermann said. “But I know I’m going to get it off soon.”

>> After throwing two scoreless innings and recording two strikeouts in his major league debut Friday, right-hander Denyi Reyes was optioned to Triple-A Norfolk. In his place, the Orioles recalled outfielder Ryan McKenna, adding another bat to the bench to cover for the absences of Hays and Mountcastle.

>> Left-hander Paul Fry, who was optioned to Triple-A Norfolk earlier this week, was designated for assignment Saturday, removing him from the 40-man roster. Baltimore claimed right-hander Beau Sulser off waivers from the Pittsburgh Pirates and optioned Sulser — the brother of former Oriole Cole Sulser — to Triple-A.