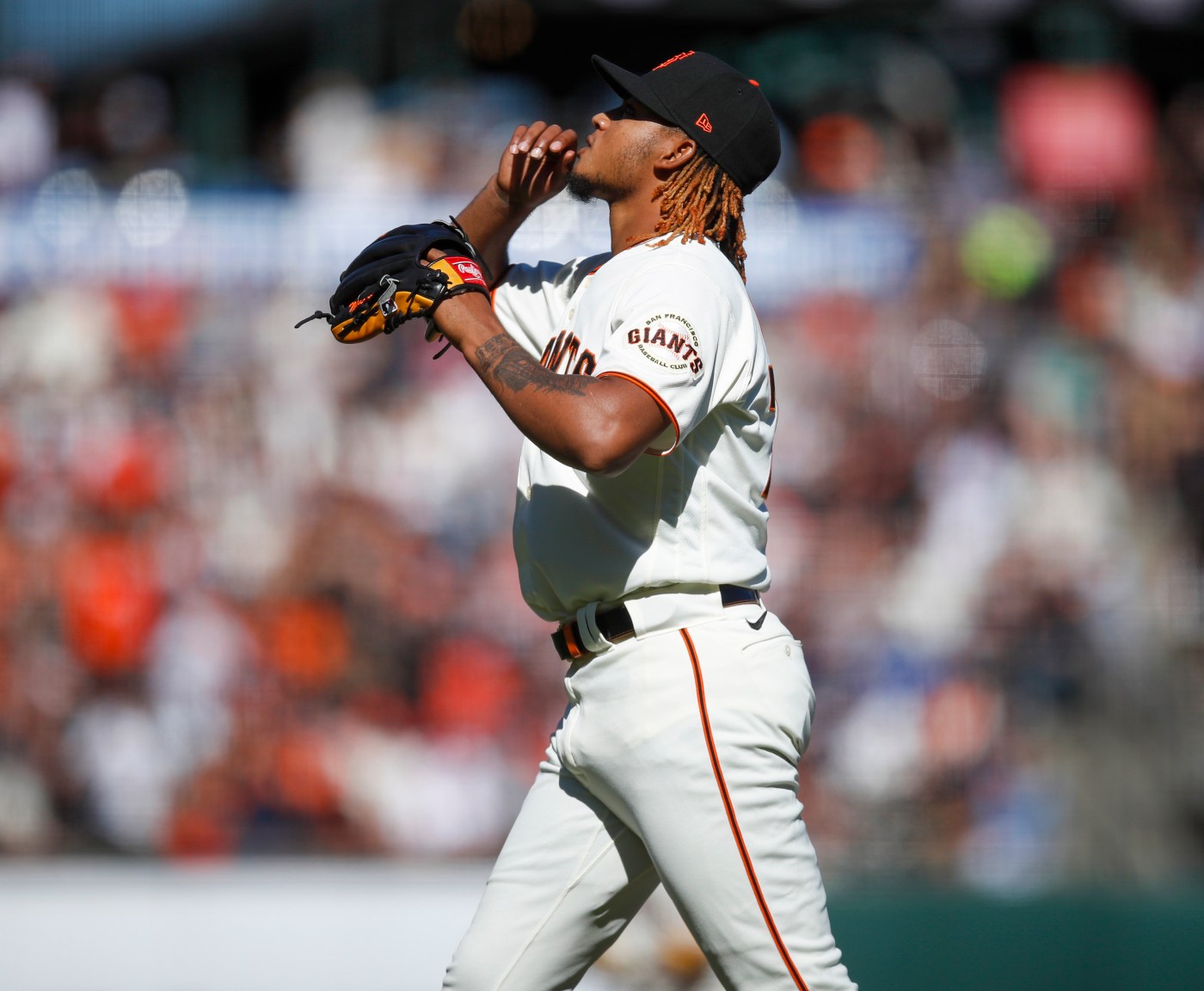 DENVER — As the Giants begin to think about what their playoff roster will look like, it’s increasingly easy to envision a pair of rookies enjoying a strong September eventually pitching important innings for the club in October.

Right-handers Camilo Doval, 24, and Kervin Castro, 22, are building strong cases to be included on the Giants’ postseason roster as both pitchers are proving that the intensity and pressure that comes with pitching in a playoff race isn’t too much to handle.

“They’re poised in different ways,” manager Gabe Kapler said Sunday. “Camilo is so calm and he just wears that this is not stressful for him. He wants to perform but it’s not overwhelming for him in anyway. With Castro, I think it comes in the form of intensity. He’s just focused and channeling of adrenaline, which we’ve talked about a lot.”

Despite neither pitcher having experience in the upper levels of the minor leagues, the Giants added Doval and Castro to their 40-man roster last offseason to prevent both players from being selected in Major League Baseball’s Rule 5 Draft. Kapler has acknowledged the organization knew it would take time for the right-handers to develop and didn’t expect either to make much of an impact early in the year, but Doval ended up debuting for the Giants with a scoreless inning against the Marlins on April 18.

“We talked about those guys a lot and when the right time was and how much experience they would need to be good for us at this time of year,” Kapler said. “I think they’re both in a place where there’s no trepidation about putting them in big spots which is nice.”

During the first half of the season, Doval found early success thanks to a 100-mile per hour fastball and a wipeout slider, but he lost conviction in his fastball and struggled to command his breaking ball. Poor results in May ultimately convinced the Giants he needed more work at Triple-A.

After spending most of the summer with the Sacramento River Cats, Doval returned to the Giants on September 5 and has emerged as one of the team’s most consistent bullpen arms this month as he enters Sunday’s series finale in Colorado with 10 scoreless appearances this month.

The Giants took a different approach with Castro, who had never even pitched for a full-season minor league affiliate when the club added him to the roster last winter. Castro began the year at Triple-A Sacramento and remained in the minors until early September as he was stretched out to be able to throw multiple innings at a time.

A converted starter who was asked to pitch in relief this year to speed up his development, Castro has recorded more than three outs in four of his six appearances including on Friday when he earned his first major league win in a 7-2 Giants win over the Rockies.

Castro doesn’t throw as hard as Doval, who routinely hits 100 miles per hour on the radar gun, but his mid-to-high 90s fastball pairs well with a curveball he’s begun to throw for strikes more often.

With slightly more experience and more high-leverage opportunities thus far, Doval likely has a better chance of being included on the Giants’ initial 26-man playoff roster. Another impressive week of work for Castro could make him a stronger candidate to make the roster too as it’s unclear whether the Giants will keep 12 or 13 pitchers on their 26-man playoff roster.

Regardless of how either pitcher performs in the final week of the season and into October, the Giants are encouraged that they now have two emerging young bullpen arms who appear to be important building blocks for the future.