THE British and Irish Lions are preparing for the first South Africa test with their final warm-up game against the DHL Stormers.

Alun Wyn Jones thought he was going to miss the entire tour but the Lions captain is now BACK in the camp following a miracle return from a semi-dislocated shoulder.

Reigning world champions South Africa are playing host for the tour, with five other match being player in different locations – but there will be NO fans present for any game.

The Lions got to test their mettle against 11 world champion Springboks in defeat to South Africa ‘A’ on Wednesday, a game that was easily the most absorbing of the tour so far.

These are the dates and venues confirmed for the 2021 fixtures so far, including a one-off warm-up game on home soil: 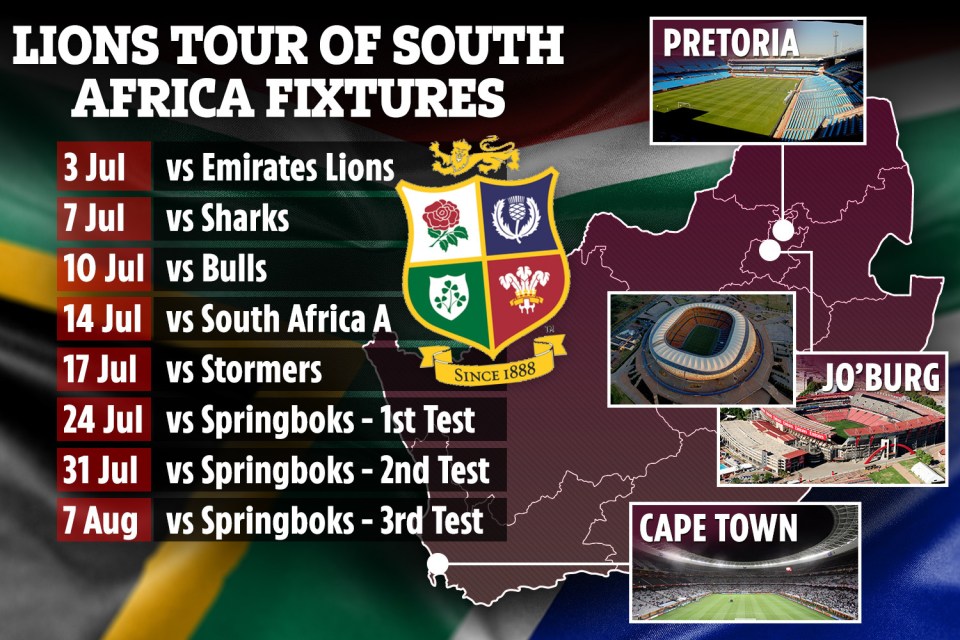 In 2009, The Lions lost the test series 2-1 but after drawing their series against New Zealand in 2017, they’ll be hoping to repeat their victory in 1997.

Most read in Rugby Union

What TV Channel will the games be on and can I live stream the series?

Will there be fans in the stadiums for the Lions vs South Africa tests?

No. The Lions tour with South Africa will have ZERO fans because of the coronavirus pandemic.

As with the rest of the world, the whole African continent has had an awful time with the pandemic and surges in cases have rendered it unsafe for supporters to be in South Africa for the tour.

The warm-up games against the regional sides will also have no fans.