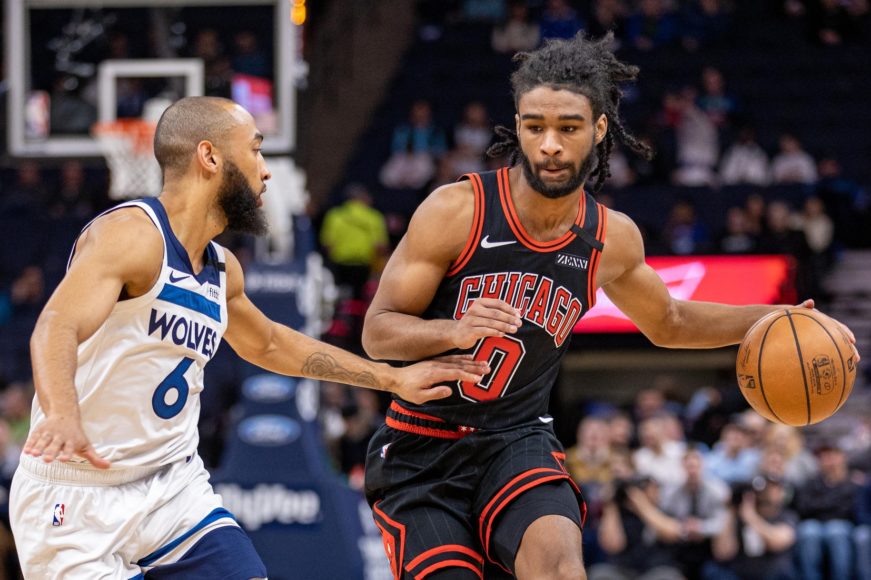 Coby White: “Second-Team All Rookie was a blessing and honor to be a part of that. The season was up and down, could have been better. I want to work on my efficiency and as a playmaker on the floor, so that’s what I’m focused on.” pic.twitter.com/uQdGIoa8Xa

White is focused on improving his efficiency and becoming a playmaker on the floor. That is exactly what this team is looking for out of White after drafting him 7th overall last year. As far as how White has been working on improving his game he touched on his work ethic during this extended offseason.

Speaking on a Zoom video conference call with reporters, Coby White said he's been coming into Advocate Center "five times a week" and called 2nd team All Rookie "a blessing and an honor."

While other players may be taking some time off, White has been putting in work 5 days a week at the Advocate Center. This is something Bulls fans should be excited to hear. White is putting in as much time as he can to get better and progress under these unprecedented circumstances. White gave his overall impression on how the team will perform coming out of this “bubble”.

Since the Bulls weren’t invited back to the NBA restart the pressure has been on the players to improve individually. Everyone has a different work ethic but it sounds like the team has been committed to improving during this time. However, individual workouts have changed this week as the Bulls opened up a 3-week voluntary group practice program. Based on White’s comments it sounds like the team is ready to get back to work.

Coby White said "pretty much everybody" is at Advocate Center for the voluntary 3-week group program that began Monday with daily COVID-19 testing.

With the team back to working together it will help to move this team forward and strengthen the chemistry between the group. With no head coach to lead them, it will be a good time for the players to create an even tighter bond.

We should expect big things from Coby White next season. If his last 9 games of the season were any indication as to his play in the future we should be in pretty good hands. Coby is fueled by not making the Rising Stars challenge and wants to play to his own expectations.

Coby: “I feel like at times this season I was overlooked, but at times I didn’t play up to my own expectations. Not making the Rising Stars game fueled my fire. But the guys who made it deserved to be in the game. I just wanted to get better.” pic.twitter.com/v9mQXvcujI

Despite receiving a few accolades throughout his first season it sounds like White is hungry for something bigger. Let’s hope the Bulls find a coach to utilize his strengths.