At the 2021 Congress of the International Judo Federation (IJF), Austria’s Marius Vizer was unanimously re-elected as head of the organization. Judo Canada president Mike Tamura was appointed to the organization’s executive committee, while Antoine Valois-Fortier was selected to its Athletes’ Commission.

“I’m honoured by this appointment and wish to pay tribute to all the artisans of Canadian judo. Thanks to their support and dedication in all aspects of international judo, we now have a seat at the decision-makers’ table. I would also like to thank president Marius Vizer for his confidence. I’ll represent Canada with pride,” affirmed Tamura, who will join the executive committee as Sport Director under the leadership of the Czech Republic’s Vladimir Barta, Head Sport Director.

Only two other Canadians have served on the IJF’s executive committee. Frank Hatashita was Vice-President for three mandates in the federation’s early days, and Jim Kojima was Head Referee Director from 1995 to 2001.

Antoine Valois-Fortier will become one of the nine members of the Athletes’ Commission, whose mandate is to serve as a link between active athletes and the international federation. To add to the prestige of this announcement, the London Olympics bronze medalist was nominated by IJF President Marius Vizer himself and approved by the executive committee.

“I’m very touched and proud to be one of the four members selected by the executive committee from among several judokas from all over the world,” stated Valois-Fortier. “I’m at a crossroads in my athletic career, and this will allow me to contribute to the development of my sport once the Tokyo Games are over. It’s a mission that’s close to my heart. There’s a lot of work still to be done regarding post-sports careers and women’s judo. I intend to do my part.”

The Québécois’ four-year term will commence on June 10, 2021. He will work alongside several prominent judokas, including France’s Teddy Riner, two-time Olympic champion, ten-time world champion and current chairman of the Athletes’ Commission.

“Mike and Antoine’s participation in the policy and decision-making processes will greatly benefit the development of our sport all around the world. Their involvement in the international federation is a result not only of their expertise, but also of their dedication and excellent reputations. They should be very proud,” noted Nicolas Gill, Chief Executive Officer and High Performance Director of Judo Canada. 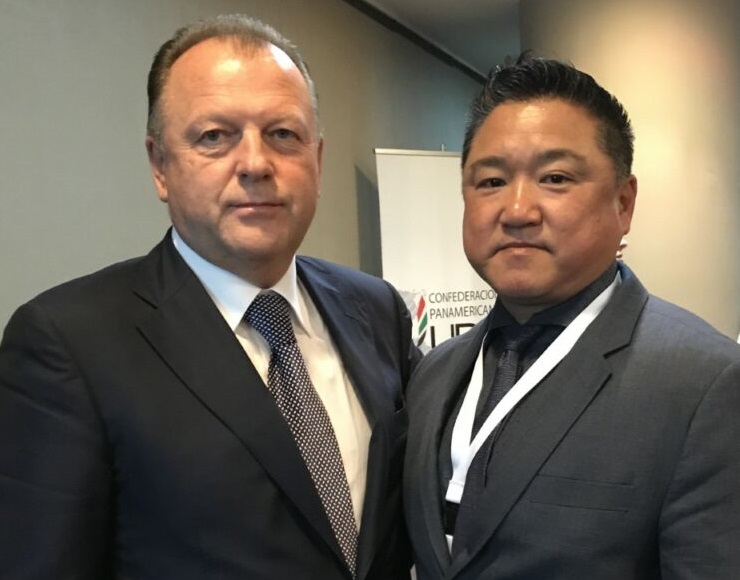