What Is Brooks Koepka Wearing?

It was a doubt whether Brooks Koepka would be able to play The Masters, having undergone surgery to repair a dislocation and ligament damage to his right knee on March 16th. However, he turned up to Augusta National on Sunday and has since stated his intentions to compete through the pain barrier.

The American has been a Nike golf athlete since 2016, donning attire featuring the famous swoosh at all four of his major championship victories.

This week at Augusta National, this will once again be on display with his scripting for the event.

What Is Brooks Koepka Wearing?

For two of the four tournament days, assuming he makes the cut, the 30-year-old will be wearing the Nike Dry Vapor Stripe Graphic polo shirt in pink and white. This is one of the best Nike golf shirts on the market thanks to the Dri-Fit technology that helps with sweating, as well as the style and breathability it offers.

Koepka’s shirt ensemble at Augusta National will be rounded out by the Nike Dry Vapor Line Jacquard polo shirt, which he will also wear on two of the tournament days. The shirt itself mimics the lines and markings of a golf course, bringing a touch of fashion to the fairways. It’s been made using predominately polyester (61% & 39% Nylon), which allows it to be both breathable and moisture-wicking. The American will be wearing the pink and grey versions of this shirt.

We believe he is wearing Nike Flex trousers throughout the week in a couple of different colours. Given his knee issues he will need a stretchy pair of pants which is what the Flex design is for. They provide a good amount of stretch thanks to the Flex fabric and the slightly tacky texture on the inner waistband keeps the shirt tucked in nicely.

Throughout the week, Kopeka will wear the Nike Air Zoom Infinity Tour shoes that feature in our best golf shoes guide. These shoes were actually inspired by the American’s habit of chipping and putting in Nike running shoes, and as such, they’re designed to provide speed and comfort in abundance. Koepka will be keeping it simple in terms of colour, wearing these in white.

His cap for the week will be the above model but in a white and pink colour design instead of the volt finish seen here. 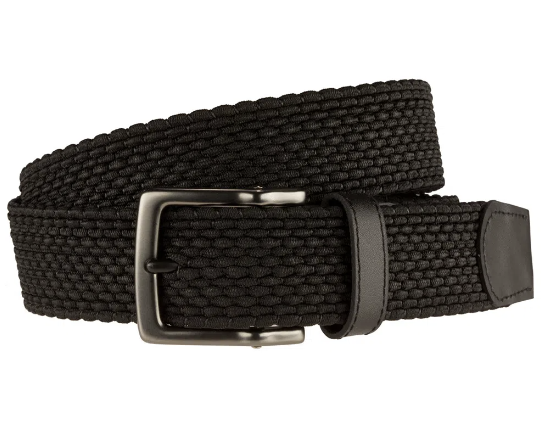 Koepka will also wear this Nike Stretch Woven Men’s Golf Belt which is incredibly stretchy for a comfortable fit on the course.

This article What Is Brooks Koepka Wearing? appeared first on Golf Monthly.

Yesterday 11:00Golfdom
Keeping up with the Jones: A shot in the arm
Yesterday 18:09TheTakeout.com
The Masters golf tournament is haunted by the petty specter of a pimento cheese sandwich
Yesterday 05:50Australian Senior Golfer
Australian Senior Amateur Golfing Wrap: April 2021
Yesterday 16:01For The Win (usatoday.com)
Two golfers hit shots that land atop alligators; there’s a rule for that
Yesterday 21:15The Gateway Pundit
Peter Navaro: Jerome Powell is “the Worst FED Chair in Modern History…That Is One Bad Dude on So Many Levels”
12 Apr 2021 23:54Hawks Baseball
WOMEN’S GOLF PLACES NINTH AT SACRED HEART