Dele-Bashiru joined Sheffield Wednesday in 2020 from Manchester City on a three-year contract and has begun this season in an impressive manner, registering five goals and three assists in 18 outings.

The midfielder’s contract with the Owls will expire at the end of this season and several European outfits are interested in acquiring the 21-year-old’s services. 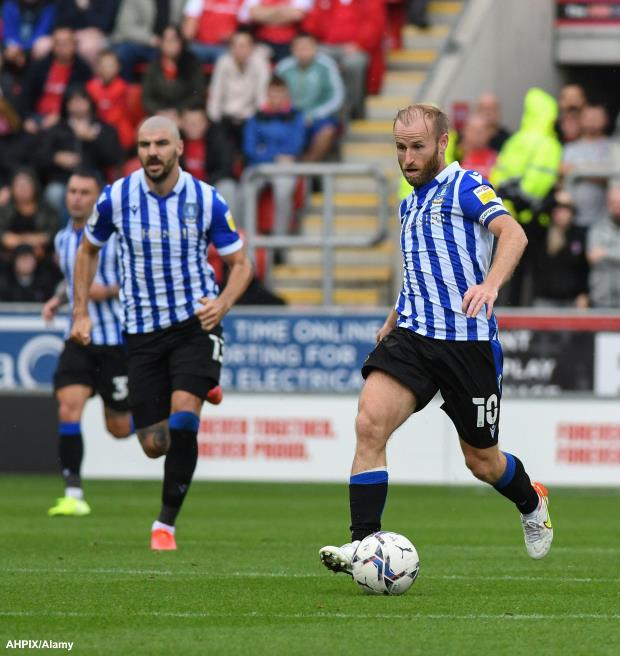 Before January, when other teams will be able to negotiate a pre-contract with the midfielder, Sheffield Wednesday are pushing to finalise a new deal with Dele-Bashiru.

Bannan has stressed that the 21-year-old is a crucial part of Darren Moore’s squad and pointed out that Dele-Bashiru is also a fan favourite at Hillsborough.

The Wednesday captain revealed that everyone in the Owls squad wants the player to stay with Sheffield Wednesday but admits that ultimately the decision lies with the player and his family.

“I want him to stay, as does the whole changing room, but in football people come and go”, Bannan told The Star.

“It’s part and parcel of football and it’s about how his family see things best for them going forward.

“All I can say is that if it was me I would be signing the contract.

“He’s a big part of this team, he’s still young and learning and he still needs to learn.

“He’s at a place where he’s loved, the fans love him as well.

Dele-Bashiru has featured in 63 matches for the Owls since joining the club and it remains to be seen whether Moore’s side are able to agree a new deal with the talent before January.

The Seleção Podcast: Portugal routs the Swiss in R16; awaits Morocco in quarters
12:35PortuGOAL.net
Report explains financial windfall Spurs are set to receive from FIFA
11:30TheSpursWeb
Why is Gabriel Jesus NOT playing for Brazil at the World Cup 2022?
11:20TheSun.co.uk (football)