BRIDGERTON’S Jonathan Bailey said he was left “screaming” after he split his skintight trousers on set of season two.

The actor – who plays Anthony Bridgerton in the popular Netflix series – said he was filming a fencing scene when he suffered the embarrassing wardrobe malfunction.

The 33-year-old star squeezed into a pair of figure-hugging trousers but was was left red-faced after “ripping his crotch” on camera.

“As men, we’re not going to complain about restrictive clothing when we’re sat with the women and their corsets but the most embarrassing thing was definitely the fencing sequence,” Jonathan recalled at a Bridgerton press conference this week.

“The uniform was very tight in certain places and we were wearing plimsolls on wet dewy grass.

“Going in for my final lunge with Benedict, my crotch ripped and it’s all on camera.’

“It’s just in those moments where you suddenly realise you’re being filmed by four different cameras and I sort of screamed, “this is just so embarrassing!”’ 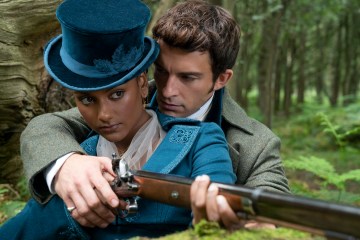 END OF HAVING IT TOFF! 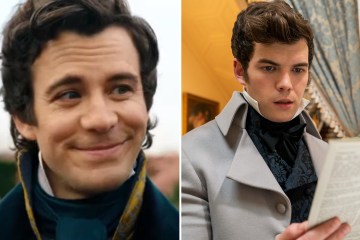 Bridgerton will be elated for the new series which teases a love triangle for Anthony with sisters Kate and Edwina Sharma (played by Simone Ashley and Charithra Chandran).

A synopsis on Netflix reads: “When Anthony begins to court Edwina, Kate discovers the true nature of his intentions — a true love match is not high on his priority list — and decides to do everything in her power to stop the union.”

“But in doing so, Kate and Anthony’s verbal sparring matches only bring them closer together, complicating matters on both sides.”

Most read in News TV

Channel 4 reality show descends into chaos with contestants walking off

But fans are in for a shock — as the new series of the high-society drama contains hardly any sex.

The debut season of Netflix’s Regency-era bonkbuster was packed with steamy action.

But the sequel, which airs on Friday, is short on intimate moments — despite trailers teasing passion between leading stars Jonathan Bailey, 33, and Simone Ashley, 26.

One clip has Jonathan emerging from a lake in a wet shirt — like Colin Firth’s Mr Darcy in the 1995 Pride And Prejudice TV series.

A TV insider said: “Devotees who loved the racy show’s first helping were probably hoping the follow-up would contain more sex, not less.

“Most of the bedroom scenes were previously supplied by Phoebe Dynevor as Daphne Bridgerton and Rege-Jean Page as her husband, the Duke of Hastings.

“But he doesn’t appear in series two and she is more of a background character.

“Now all the romance revolves around Anthony Bridgerton, played by Jonathan, and new character Kate Sharma, played by Simone.

“But their lust never progresses beyond flirtation and a nearly kiss.”

In Series One, Jonathan had bared his buttocks within three minutes of the first episode as he had sex with Siena Rosso, played by Sabrina Bartlett, up against a tree.

Do you have a story for The Sun Showbiz team?

We pay for videos too. Click here to upload yours.