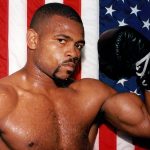 I found myself in a YouTube wormhole the other night when I should have been asleep and watched a Sky Sports show called “The Gloves Are Off.” Have you seen it? The episode I watched had Roy Jones, Joe Calzaghe, Chris Eubank, Steve Collins and Richie Woodhall talking super middleweights in the 90s.

With Canelo-BJS coming up, seems like a good time to talk about SW mythical fights. My take is prime 168-pound RJJ beats all those guys easily, as would a prime (in shape) James Toney. Is that my USA bias coming through? Collins had the strongest talk that he could of beat Roy, the others were more humble in their description. I think Calzaghe was underrated as a great fighter and I would put him 3rd on the list after RJJ and Toney.

If they had fought, how would you have seen it? – Tyler Sf Bay Area

If they had all fought in a round robin (and you weren’t clear if you wanted me to include James Toney or other notable ’90s-era super middleweights, such as Michael Nunn, Nigel Benn and Frankie Liles, so I’m not including them), there’s no doubt in my mind that Jones would come out on top, possibly unbeaten and unscathed. However, it’s not inconceivable that Calzaghe could narrowly outpoint him on a good night or that Jones could be thrown off by the unique style of Eubank, who could be dangerous in spots. And if the usually rock-solid chin of Collins could hold up against the dynamic power that Jones exhibited at 168, I think the Celtic Warrior could also give the Pensacola native a competitive distance fight just through sheer will, pressure and volume punching. Jones at his very best. Photo by THE RING Archive

So, I don’t think you’ve got an U.S. bias for thinking that Jones (or Toney) beats them all, because he was a physical marvel in his prime, truly explosive, (while Toney was an elite-level throwback, a complete fighter who was tough as nails and mean as hell) but I do think you should familiarize yourself with the others before you dismiss them as “easy work” for either American. Calzaghe didn’t end his career with a 46-0 record by accident. And while Eubank and Collins were far from invincible, they had uncommon/unshakable self-belief and will power; nobody had an easy time in the ring with them.

Still, I can’t get mad at anyone for thinking that Jones could spark anyone at 168 pounds. He’s the best super middleweight ever in my opinion. An argument can be made for Calzaghe due to his greater body of work, but the 168-pound division has never hosted a more naturally gifted athlete AND boxer than Jones. I think Jones, Calzaghe and Toney are the top three, in that order. Having said that, I believe that a smart, well-schooled boxer with a good chin and extensive amateur background like the underrated Liles could give all of them a difficult night.

Anyway, thank you for alerting me to The Gloves Are Off program. I found the super middleweights episode that you referenced and watched the first five minutes before answering this Mailbag email. I can’t wait to watch the entire episode. Johnny Nelson makes for an excellent moderator (I’ve always been impressed with his broadcast/on-camera presence and expertise), the former super middleweight champs seem open to discourse, and Sky Sports did a great job with the production.

Blue Moon Entertainment which operates out of the Blue Moon Boxing Club, where Buddy McGirt and Toney train fighters here Southern California, has started a similar series called Icons (in association with Kenny Whack and Ohio Ave. Productions). I’ve moderated (or co-moderated) the first two episodes: the first gathered Thomas Hearns with Zab Judah, Toney and McGirt; the second featured Marco Antonio Barrera and Erik Morales (co-moderated by ESPN’s Bernardo Osuna). They plan to do more so keep an eye and ear out for the series.

GREATEST CHALLENGES FOR THE ALL TIME GREATS

God Bless you and your family. I hope that you all are safe and healthy. You seem very respectful and knowledgeable. All Time Great question. Looking at Sugar Ray Robinson, Muhammad Ali and others. What would be your ultimate matchups for those guys in their prime with others in the history of boxing?

Currently, what are the percentages of a Crawford/Spence fight at this moment? If, they don’t fight who would you want them both to fight next? Respectfully. – T.K.

Thank you for the very kind (and very respectful) words, T.K., and thanks for sharing your questions with us.

The possibility percentage I’d attach to Crawford-Spence happening at the moment is 0%. Maybe my opinion will change after the summer, provided COVID-19 cases drop enough to allow large arenas to open up to near-capacity, or next year. A PPV showdown like that will need a major venue in Las Vegas, NYC or one of the Texas cities to host it. But I’ve also got to hear the right talk from the fighters and their representative to have any faith in them making it happen. First and foremost, the fighters have to want it. And, at the moment, it doesn’t seem like they do. Sugar Ray Robinson loads up against Rocky Graziano, who he sparked in three rounds. Could Sugar Ray Leonard or Marvin Hagler have given him a proper challenge?

All Time Great question. Looking at Sugar Ray Robinson, Muhammad Ali and others. What would be your ultimate matchups for those guys in their prime with others in the history of boxing? If you’re talking about Mythical Matchups involving Robinson and Ali vs. the best from different eras, I think Robinson vs. Sugar Ray Leonard at welterweight and Carlos Monzon or Marvin Hagler at middleweight is at the top of my list of Dream Fights; as is Ali vs. Jack Dempsey, Joe Louis, Mike Tyson, Evander Holyfield, and Lennox Lewis. Junior middleweight didn’t exist in Robinson’s era, but a 154-pound Mythical Matchup with Thomas Hearns or Wilfred Benitez make for some interesting scenarios. Ali vs. the cruiserweight version of Holyfield or the 200-pound version of Aleksandr Usyk are also fascinating MMs.

Who do you consider the top role models in the sport today?

From this fan’s perspective, I would go for:

Wow. You can’t go wrong that group, Jaime. You know I recognize Chocolatito as THE KING. He’s humility and grace personified, and yet he always brings 100% to the ring. Porter’s the perfect ambassador for the sport. He’s a rough-and-tumble warrior in the ring but he exudes positive energy and it’s genuine. He really is a people person. Same deal with Navarrete and Buatsi.

I know Tyson Fury isn’t for everyone because he can be an oddball and, at times, vulgar, but he’s matured a lot over the past three years and now the Ring/lineal/WBC heavyweight champ serves as an inspiration for a lot of people, especially those who struggle with depression. Anthony Joshua rebounded from his brutal stoppage loss to Andy Ruiz with class and professionalism. Photo by Nick Potts/PA Images via Getty Images

I consider Anthony Joshua a role model. The unified heavyweight titleholder does everything right, everything by the book. He’s an elite competitor and a class act. I like the way he’s handled adversity (mainly his first loss) and the pressure of his celebrity. Manny Pacquiao embraced his celebrity and hero status in the Philippines a long time ago and has used it to serve the public via politics and charity. Katie Taylor almost reminds me of a female version of Roman Gonzalez in terms of her warrior spirit, religious devotion and humility. Abner Mares, who’s overcome a lot of adversity, is someone I think young boxers (or anyone from a rough background) can look up to, because he’s always had that entrepreneurial spirit and been involved in businesses and projects that have enriched his community.

And just to piss of certain salty fans, I’ll include Canelo and Golovkin. Yes, both men have a legion of haters and have been accused of being prima donnas, but they are also consummate professionals who just know how to bite down and deal with the stress and strife that comes with boxing at their levels. They take care of business in a way that I think young boxers should try to emulate.

Email Fischer at dougie@boxingmailbag.com. Follow him on Twitter and IG at @dougiefischer, and join him, Tom Loeffler, Coach Schwartz and friends via Tom’s or Doug’s IG Live every Sunday.