Ru24.netNews‑life.proNews‑life.org29ru.net123ru.marketSportsweek.orgIceprice.info123ru.net
News
Monte Poole: Andrew Wiggins, on possible extension w/Warriors: ‘I would love to stay here. This is top-notch. The way they treat their players, the way they treat your family. We’re all 1 big family. A lot of places might say that, but here their actions show it. I would love to stay here’
Source: Twitter @MontePooleNBCS

Monte Poole @MontePooleNBCS
‘I would love to stay here.’ Andrew Wiggins on a possible extension with the Warriors. Has one season remaining on his contract. – 4:18 PM

Kendra Andrews @kendra__andrews
Andrew Wiggins on a possible contract extension: “I’d love to stay here.”
“Being here is top notch… we’re all one big family. A lot of places say that, but they show that through their actions.” – 4:18 PM

Jason Dumas @JDumasReports
Andrew Wiggins speaks on his desire to remain with the GSW for the foreseeable future: pic.twitter.com/QTZAi7EneJ – 4:18 PM

Jason Dumas @JDumasReports
Jordan Poole on the viral video of him and Wiggins talking about getting paid soon and his future contract situation: pic.twitter.com/s9vQ8WzV2s – 4:11 PM

Ben Rohrbach @brohrbach
Two random notes from after G6 I never used anywhere:
Ayesha Curry was wearing the jacket Steph got for making the 75th Anniversary Team.
When Klay was getting up from the podium, Wiggins was there, and Klay joked, “Canada, baby. Steve Nash never even got a ring. He’s my guy.” – 11:10 AM

Marcus Thompson @ThompsonScribe
Andrew Wiggins always had this in him. That was evident in Minnesota. Getting it out was the challenge 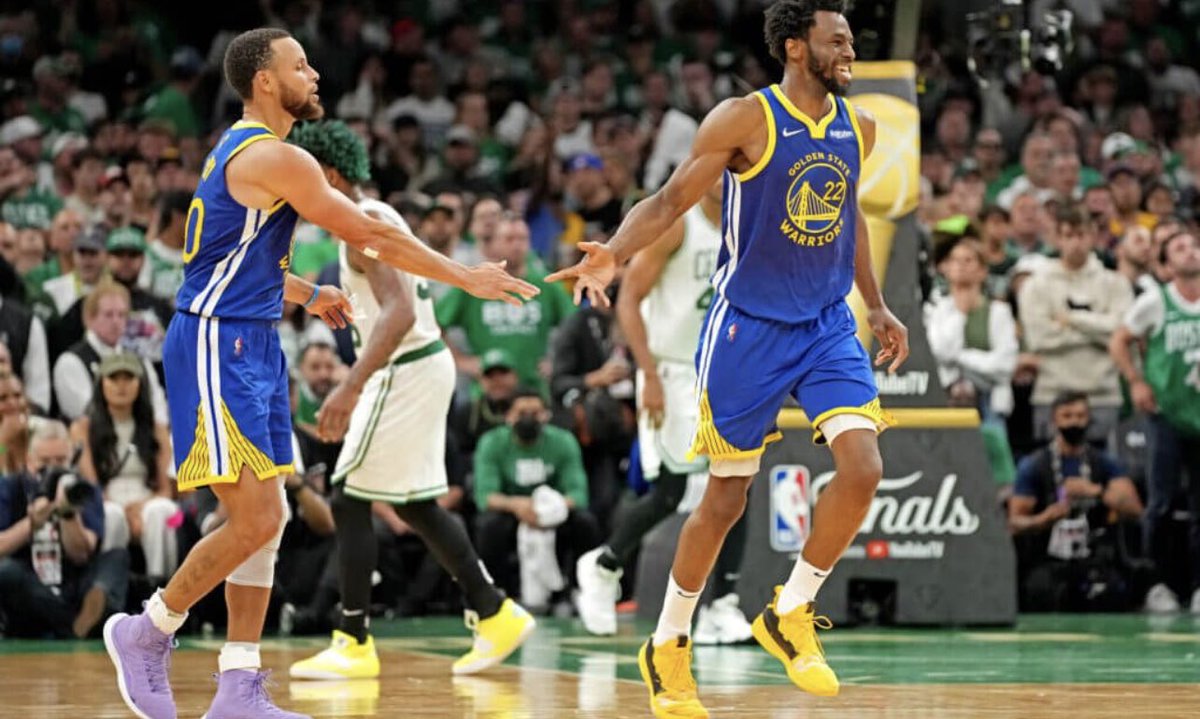 CJ Holmes: Andrew Wiggins on Kenny Atkinson’s return: “He gave up a head coaching job to come back and be a part of this thing we got here. It’s amazing. It shows that all we got here is a bunch of people that want to win, that are on the same page. And we’re looking forward to the future.” -via Twitter @CjHolmes22 / June 18, 2022 After playing a pivotal role in Golden State’s championship success, Kevon Looney’s forthcoming free agency will be monitored more closely than anyone might have imagined a month ago. Charlotte and Sacramento, soon to be coached by Golden State assistant Mike Brown, are among the teams said to be interested in signing Looney away from the Warriors -via marcstein.substack.com / June 18, 2022 After accepting Charlotte’s job offer during the NBA Finals last week, further conversations with the Hornets’ organization led Atkinson to believe that both professionally and personally it would be best to remain with the Warriors, sources said. Atkinson and the Hornets had agreed in principle to a four-year deal, but a contract was never signed, sources said. -via ESPN / June 18, 2022
Загрузка...