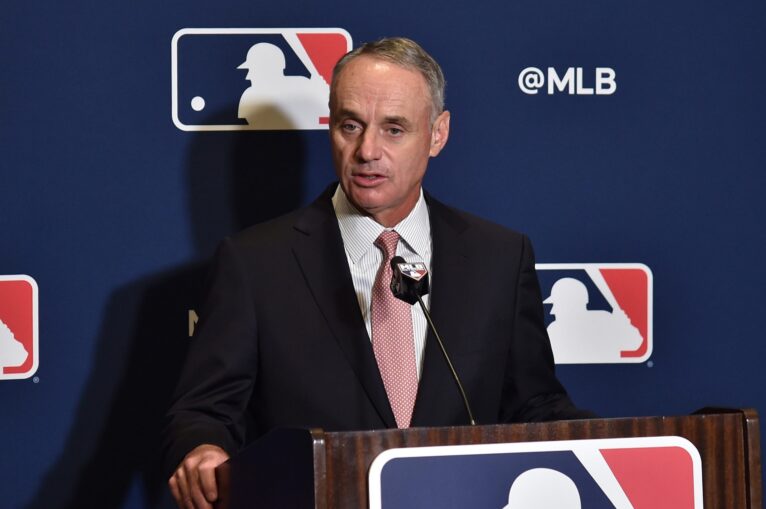 News of Thursday’s scheduled negotiating session between MLB and the MLBPA is a welcome change in the process that has been stalled for nearly six weeks. At one point, there was talk of government intervention in baseball’s all-to-frequent work stoppages. Assuming a laborious process is still ahead of us, it it time to re-visit legislative measures in the game? With all that is going on the world, probably not. However, it’s not uncommon for labor disputes in sports to find their way to the National Labor Relations Board (NLRB) and Congress.

Let’s start with this. Baseball has experienced the most labor-driven work stoppages of any of the major sports. Here is the scorecard, from Spokesman.com:

Whenever a Collective Bargaining Agreement nears an end, both sides have to file their intentions with the NLRB. Therefore, there is automatically some level of government involvement. But because of its historical labor strife, baseball has gotten some special treatment for Washington D.C.

As you might imagine, the MLB situation in 1994-1995 garnered the most attention from our elected officials. We know what happened. The players went on strike in the middle of August, and one month and two days later, the remainder of the season was canceled. The players and owners remained at odds through the autumn and winter, prompting some high-level government intervention.

First, in January of 1995, President Clinton essentially ordered MLB and the MLBPA back to the bargaining table, and established February 6 as a date on which he expected a report on progress toward a new CBA. The players and owners, of course, cooperated and reported to the President as he requested. They told him they had not made progress. A big factor in the end of the dispute was a challenge by the players that went to the U.S. District Court. From Congressional Research Services:

The work stoppage ended in early 1995 following then-U.S. District Court Judge Sonia Sotomayor’s issuance of an injunction that had been “requested by the National Labor Relations Board ordering baseball owners to restore bidding on free agents, a resumption and salary arbitration and the anti-collusion rules which were a part” of the CBA that had expired the previous year.15 Shortly after Judge Sotomayor issued the injunction, which occurred on March 31, 1995, major league baseball owners “accepted the players’ offer to return to work.

In the course of the 1994-1995 labor dispute, Senator Dennis DeConcini (D-AZ) proposed an interesting piece of legislation. From the Congressional Research Services article referenced above:

Introduced by Senator Dennis DeConcini, S. 2401, if enacted, would have established a commission on professional baseball. Major League Baseball did not have a commissioner at the time of the strike, and Senator DeConcini envisioned the panel serving as an “impartial commissioner” that would “give the fans a much needed voice in the debate.”23 Among the many responsibilities he set forth for the proposed commission, he noted that “[m]ost importantly … is the Commission’s power to conduct binding arbitration of a labor impasse. Given that we are currently in the eighth work stoppage in the past 22 seasons, it is unfortunate, but obvious, that baseball can not put its own house in order.

As we know, baseball has a commissioner now. It still can’t “put its own house in order.” The idea of a Commission, that had the power to force binding arbitration in baseball, sounds like a good step to stop the seemingly incessant public bickering.

If Senator DeConcini’s idea had passed, we would not find ourselves where we do today. The Commission would not have to involve governmental officials, it could have involved a private, impartial organization. Given the history of acrimony between MLB and the MLBPA, relying on them to solve their own problems was, when Senator DeConcini’s idea was introduced, illogical.

It’s interesting how little things have changed in 27 years.

The post MLB Lockout: A Past Proposal for Government Intervention first appeared on Metsmerized Online.