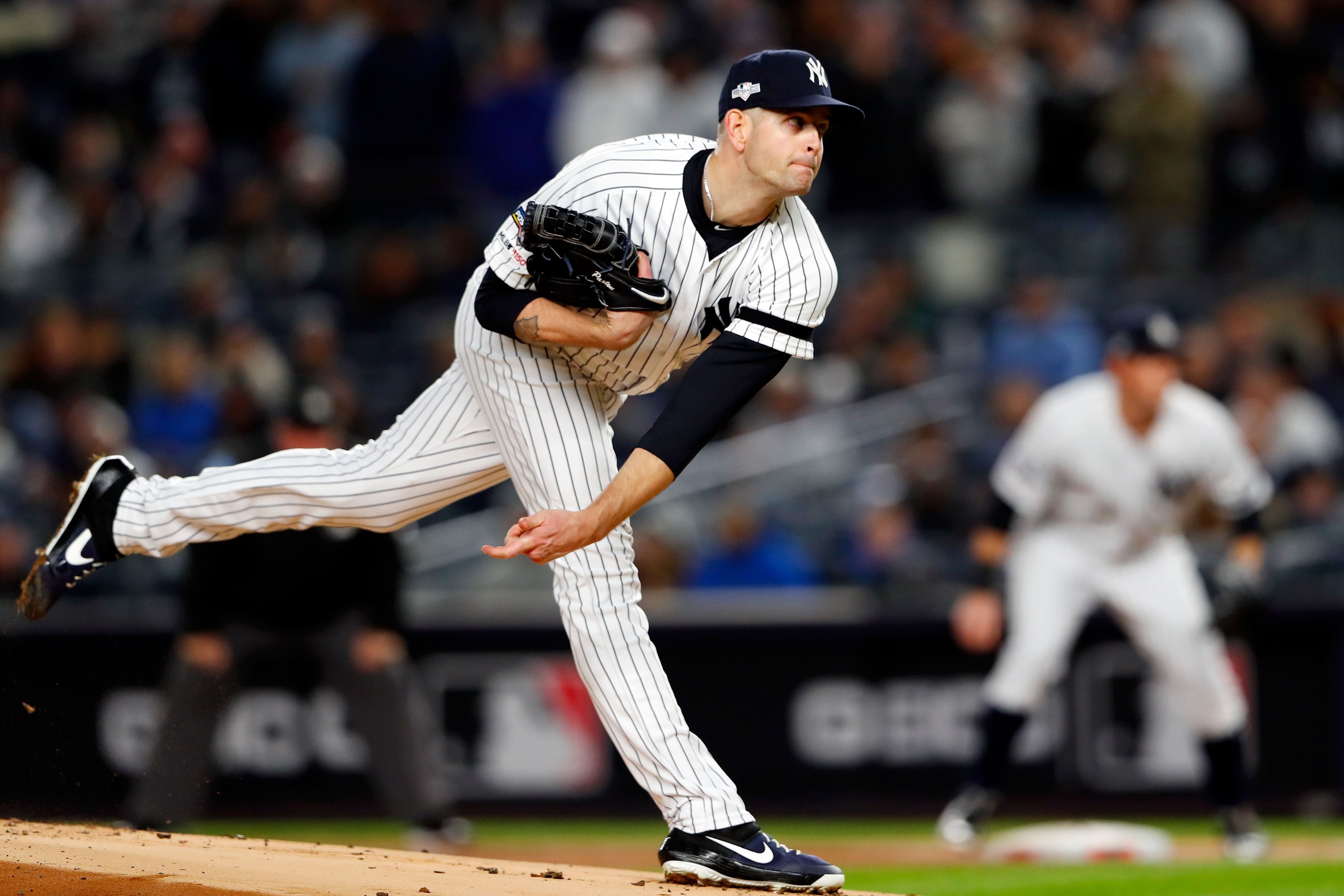 It was a season to forget for “The Big Maple,” who was limited to just five starts due to several injuries.

Heading into a contract year with the Yankees, Paxton underwent microscopic lumbar discectomy to remove a peridiscal cyst in February, which sidelined him for several months.

Luckily, the start of the season was delayed, which allowed Paxton to return to the mound in time for when play resumed in late July.

However, a flexor strain in his pitching elbow landed him on the injured list in late August and he did not make another start for the Yankees the rest of the year.

Now, the native of British Columbia is a free agent for the first time in his career at the age of 32 in what is a very weak market for starting pitchers.

Paxton is represented by high profile super agent, Scott Boras, who recently told MLB insider Jon Morosi that his client is drawing a great deal of interest. Boras also noted that the injured Paxton is close to throwing in front of talent evaluators.

Scott Boras told me today that free agent James Paxton is “close” to throwing for talent evaluators. He’s recently done additional strength training for his lumbar region, to more fully recover from February back surgery. “There’s a great deal of interest in him,” Boras said.

Despite an injury-plagued 2020 campaign, the left-hander posted a 57-33 record with 829 strikeouts in eight seasons while averaging a 3.58 ERA and 3.31 FIP throughout this span.

Paxton is on the wrong side of 30, but a scarcity for starting pitching could force a team to overpay for the southpaw. It’s also worthy to keep in mind that Boras rarely leaves money on the table.

The Mets have been linked to just about every starter on the market so far, except for Paxton.

He will likely get a one-year, “prove it deal,” to show he’s healthy and still productive, but the Mets should stay away unless it’s as a depth piece or a plan D option.

While it’s currently unknown whether the Yankees are interested in a reunion with Paxton, it might be worth their while to bring him back on a one-year deal with the hope that he can somewhat replicate his 2019 season if healthy.

Given the Yankees lack of depth in their rotation, they should bring Paxton back on a one-year, $4 million contract.