Ex-Supercars with a V8 Touring Car logbook – that currently compete in the Dunlop Super3 Series – will be eligible to join cars from MARC Cars Australia and ‘GTC’ Sports Cars, from one-make categories including the Ferrari Challenge, Lamborghini Trofeo Supercup and Audi R8 Cup, in the 2022 Bathurst 12 Hours.

The addition of the pre-Car of the Future Supercars to the eligibility list gives competitors with suitable machinery a chance to tackle a long-distance race at Mount Panorama, with the cars presently not able to compete in any other race category that competes there, outside of the annual Super2/3 round.

The move is also not without precedent: well-known Touring Car privateer Mal Rose pairing up with Aaron Tebb and Adam Wallis to power his ex-Garry Rogers Motorsport VZ Commodore to 12th place outright and the Invitational category win in the 2013 12-hour. 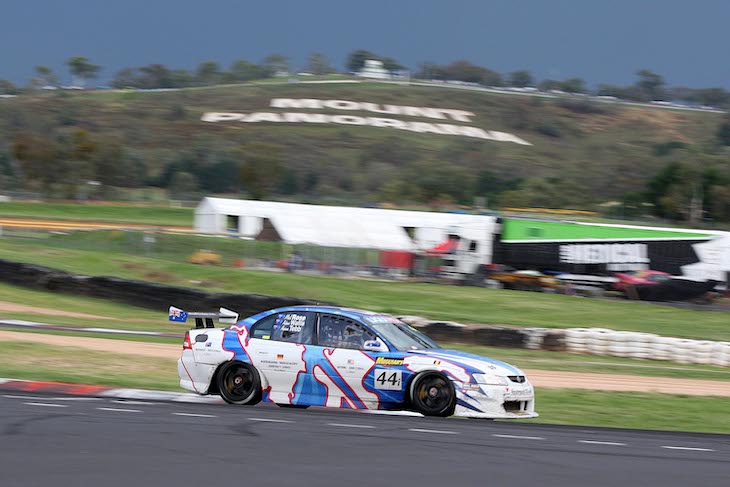 Rose had campaigned his car internationally, including in the Sepang 12 Hour, Nürburgring 24 Hour, and Britcar 24 Hours and had long harboured an ambition to compete in the 12-Hour with the machine.

After qualifying 23rd outright, the car performed reliably all day to deliver the trio victory in the Invitational class that weekend.

Eligible cars are pre-Car of the Future Holden Commodores (up to VEII) and Ford Falcons (FG).

The addition of the cars to the Bathurst 12 Hour eligibility list comes with the support of V8 Touring Cars’ Category Managers, ARG, and Supercars.

The 2022 LIQUI MOLY Bathurst 12 Hour will be held on May 13-15 this year, with tickets available now via Ticketek.