Ferrari have officially announced a partnership with AF Corse to collaborate in the management of the team that will work alongside Competizioni GT in the Le Mans Hypercar (LMH) programme from 2023 in the FIA World Endurance Championship.

The team will compete in the championship as “Ferrari – AF Corse”, continuing on a winning streak started in the FIA GT 2006 with the F430 GT2 that, in its debut season, produced the team, drivers and Constructors’ title.

Since the inception of the FIA WEC in 2012 Ferrari and AF Corse have collaborated on six team and drivers’ titles in the LMGTE Pro and LMGTE Am classes, five Constructors’ titles for Ferrari crowned with three triumphs at the 24 Hours of Le Mans. 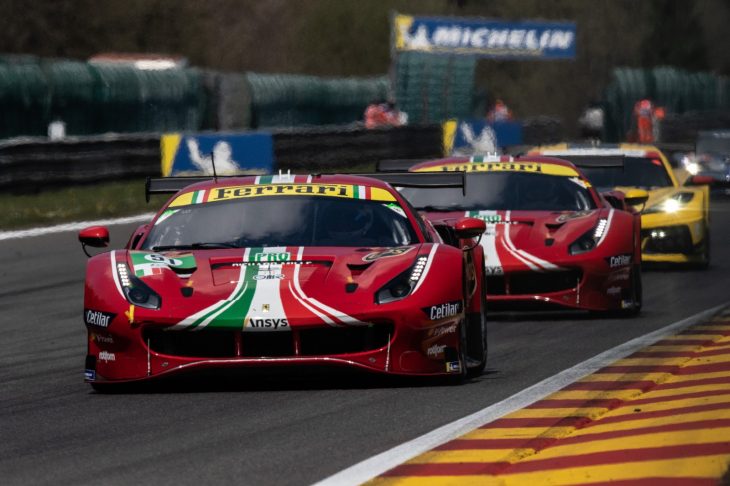 “Today’s announcement is an important step towards the debut of our LMH in the World Endurance Championship. We are happy to have a reliable partner like AF Corse with us for this project.

“Ferrari and AF Corse have enjoyed a solid relationship for a long time, as you can see in the FIA WEC, where we run our official 488 GTEs together with the Piacenza-based team.

“We look forward to continuing together on a journey as rewarding as the years of racing cooperation to date.”

“We are proud of this announcement. It is the crowning of a dream and recognition of the great effort made over the years.

“Our partnership with Ferrari is a winning one that began in 2006, and I am delighted to continue it in the LMH project. We have immediately kicked off with great enthusiasm aiming to raise the bar even further and to be ready for this new challenge.”