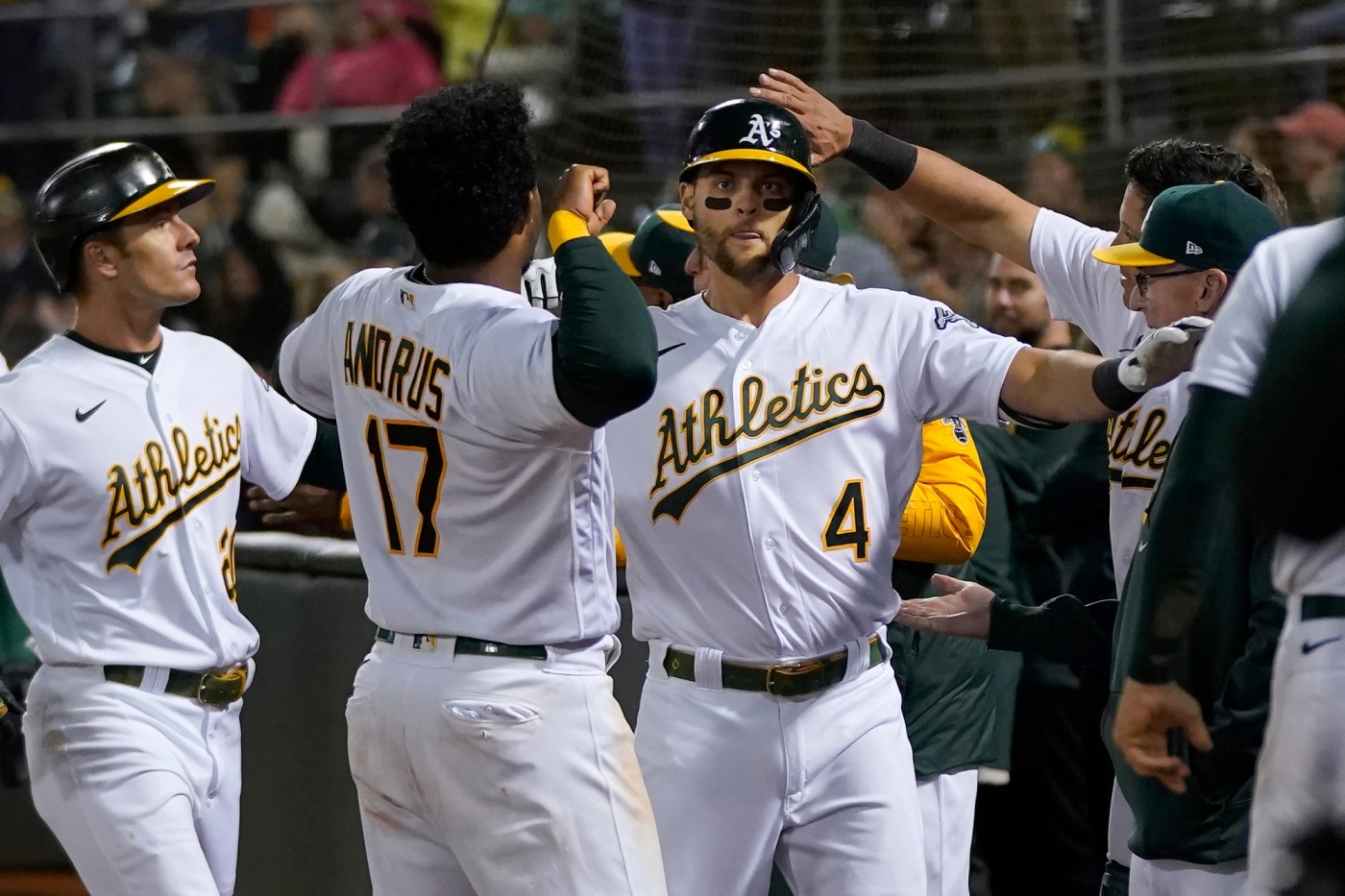 OAKLAND — Highlighted by Chad Pinder’s seventh-inning grand slam, the Oakland A’s finally showed some spark in a 14-2 win over their rival Houston Astros on Friday night.

While the A’s have been spiraling over the last month, Frankie Montas has only gotten stronger. Friday night, he turned in seven innings and allowed one earned run. His strikeout of Carlos Correa in the sixth inning was his 200th of the season, making him the first Athletic to record 200 strikeouts in a single season since Barry Zito’s 205 in 2001.

Montas triumphed in his final inning, escaping with the game-tying and go-ahead runners on base by snagging Martin Maldonado’s sharp ground ball back-handed, no-look. Jose Altuve, responsible for the only earned run on Montas with a home run in the third inning, lined out to left field to end the inning.

The Astros’ first run was unearned on Montas. Third baseman Matt Chapman airmailed a throw on Altuve’s sharp ground ball to start the first inning — Altuve went to third base on Chapman’s sixth error of the season and scored on a sacrifice fly.

The A’s took the lead in the third inning against Astros starter Brandon Bielak, who walked Elvis Andrus and Josh Harrison with one out. Starling Marte and Matt Olson’s pair of hits drove in two runs, then Mark Canha drove in a third with a sacrifice fly.

The A’s tacked on in the eighth inning against Yimi Garcia. After Tony Kemp and Yan Gomes hit back-to-back singles, Josh Harrison worked a 13-pitch walk to load the bases for Starling Marte, who smashed the first pitch he saw down the third base line for a two-run double.

When Mark Canha walked to load the bases again, Chad Pinder hit a two-strike slider for a grand slam to send a Coliseum crowd of 21,105 into a frenzy, quite the contrast to the numbing silence of small crowds witnessing the four-game sweep against the Seattle Mariners.

The A’s added five more runs in the eighth inning for good measure, bumped by Starling Marte’s fourth RBI of the night and Matt Olson’s opposite field, three-run double off the left field wall. Their 11 runs scored over the seventh and eighth innings surpassed their 10 total scored throughout the four-game series against Seattle.