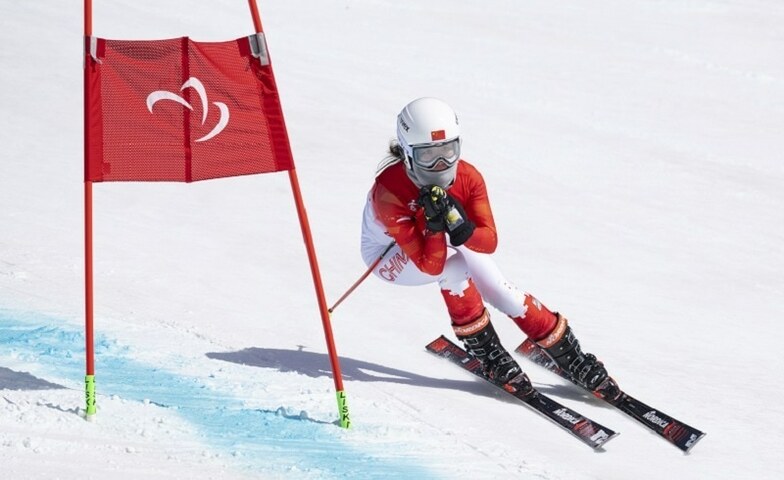 YANQING: For a country that had won just one medal at the Winter Paralympics, China’s campaign at the Beijing Games might already qualify as a huge success after they claimed an impressive eight medals on the opening day of action on Saturday.

The hosts were always expected to better their tally from Pyeongchang four years ago but Saturday’s showing, which included medals in Alpine skiing and biathlon, proved that these Games could be a turning point for China in para winter sports.

“This medal means that I stood on the top of the podium as a para biathlete, competing for my country internationally. I’m really proud,” said Liu, who lost both legs in a car accident as a child.

“It’s a sport [biathlon] that is both dynamic and static -- very challenging. Shooting well is hard, skiing fast is difficult as well,” added Liu, who made all 10 shots to deny Ukraine’s Taras Rad first place.China topped the medal tally at the Summer Paralympics in Tokyo last year but have had limited success at the Winter Games, where their only previous medal -- a gold -- came in wheelchair curling at Pyeongchang.

Meanwhile, Ukrainian athletes showed resilience in the face of the turmoil engulfing their war-torn homeland Saturday, racing to the top of the medal table on day one of the Beijing Winter Paralympics with an impressive haul of seven.

With more than 1.2 million of their fellow citizens now refugees and fears of a food crisis mounting, the Ukrainian Paralympians on the slopes in Zhangjiakou dug deep.

The team claimed three golds, three silver and a bronze in the biathlon events, just days after an arrival in the capital their top official had dubbed a “miracle” following an arduous journey.