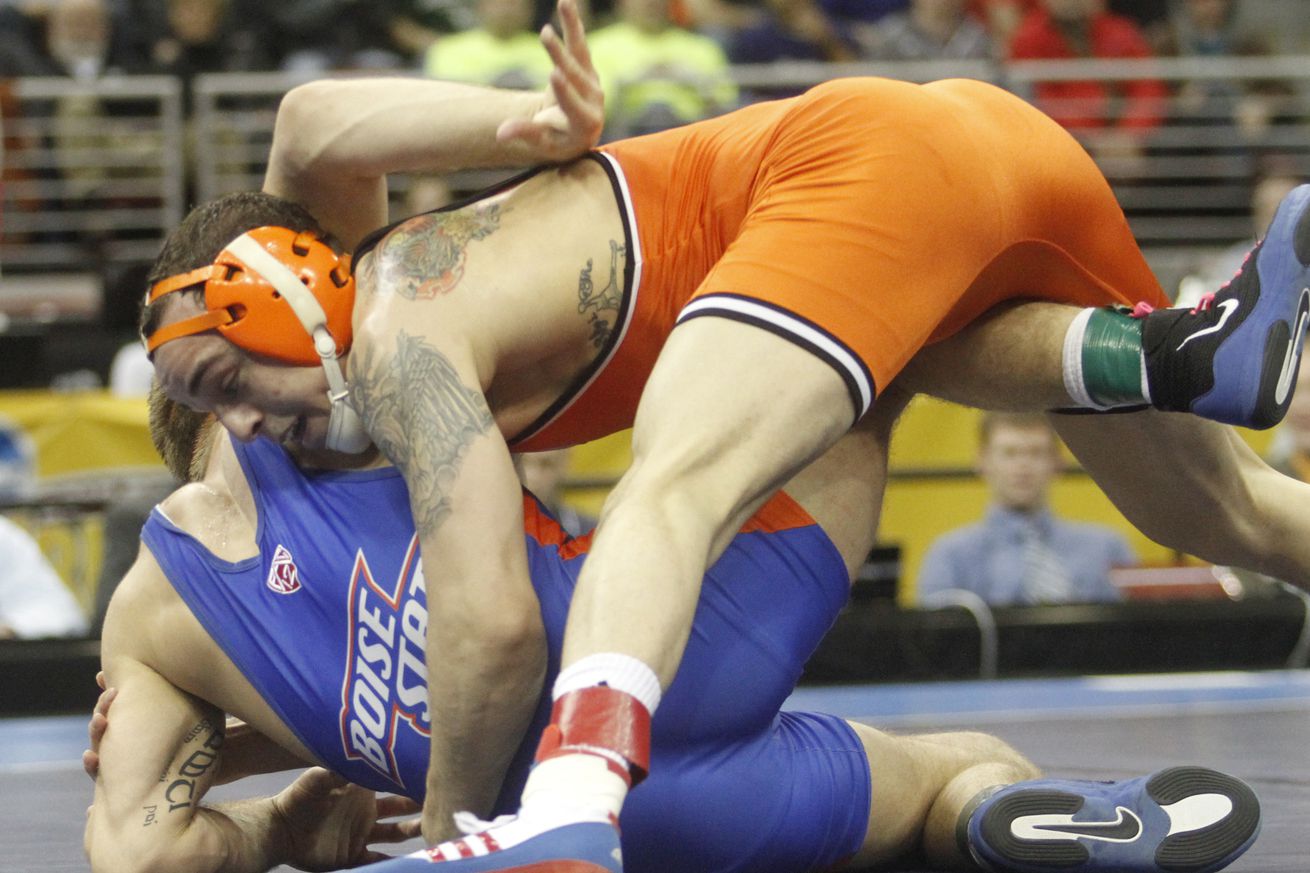 By the time he began his freestyle wrestling career in earnest, Easton, PA native Jordan Oliver had established himself as one of the hottest prospects in the sport.

Wrestling in the toughest state in the nation, Oliver made the state finals four times, with three consecutive championships. At Oklahoma State University, Oliver placed fourth at the national tournament as a freshman, before fulfilling his potential. The summer after his freshman year, Oliver made the Junior World team and earned a bronze medal at the 2009 FILA Junior World Championships, an accomplishment that was completely overshadowed by an undefeated championship college season as a sophomore. 29-0, with 24 bonus point wins.

Oliver’s junior season ended on a sour note, he was defeated by four-time NCAA champion and 2016 non-Olympic World champion Logan Stieber on a controversial call in the finals.

After bumping up to 149 pounds, Oliver ended his college career with a second NCAA championship, once again undefeated. His final collegiate record stood at 126-6, with 54 pins and 17 technical falls.

Not only did Jordan Oliver win every match in those two title seasons, he did not give up a single offensive point. Meaning, in two years of NCAA Division 1 Wrestling, Jordan Oliver was not taken down, he was not reversed, he did not have his back exposed.

Transitioning to freestyle full-time, Oliver had a great start.

65/66 kg in the United States was long dominated by former Hawkeye Brent Metcalf. Despite Metcalf’s domestic supremacy, he never won a medal on the World or Olympic stage. Following his senior year in 2013, Jordan Oliver placed third at the World Team Trials, making the national team on his first attempt. Oliver’s only loss was to Metcalf, 6-3, in the challenge tournament.

In 2014, Brent Metcalf once again kept Oliver off the World team. It was the same story in 2015. In the 2016 Olympic Team Trials, 65 kg was about as stacked as it’s ever been for the United States. Penn State alum and #9 seed Frank Molinaro upset Brent Metcalf on his way to the finals, and freestyle prodigy Aaron Pico mounted an incredible comeback to take out Jordan Oliver 11-9. Molinaro would win 2 out of 3 matches vs. Pico to make the Olympic team, falling short to two-time World champion Frank Chamizo in the bronze medal match in Rio.

Oliver failed to disclose a medical exemption for use of adderall and was suspended from competition for one year. The timing worked out that Oliver ended up missing the World Team Trials for both 2017 and 2018.

His major return to action was in December of 2018 on the inaugural, and only, American Wrestling League card. There have been many attempts at freestyle pro leagues in the United States, none of them have survived. Oliver faced off against three-time NCAA champion, Cadet World champion, and 2017 World team member Zain Retherford of Penn State. Oliver started the match on fire, and while he did slow, it was enough to hang on for a 13-11 barnburner victory.

With the stakes raised, they met again at the 2019 World Team Trials.

There is a lot to unpack from the two tight matches between Retherford and Oliver and 2019, I gave an in-depth breakdown of all the action in this article on Retherford’s 2019 World Team Trials run.

Every time Oliver and Retherford face each other, it’s an absolute treat to watch. It’s a clash of distinctly opposed styles - the steady, physical pressure of Retherford vs. the slick outside game and counters of Jordan Oliver.

Oliver’s use of the slide-by and lateral footwork on the edge, along with his counters off the head posts of Zain Retherford, gave him some breathing room to operate from the center of the mat.

Throughout their first and second match, Oliver looked to hit his swing single entry on Zain Retherford.

Demonstrated here by the legend Cary Kolat, the swing, or “sweep” single is an extremely useful entry. The downside of many low leg attacks is that you potentially place yourself underneath your opponent, where they can force you to carry their weight and continue to scramble through the position.

In freestyle, shooting straight on is especially dangerous, as chest wraps and other counters can result in easy points for your opponent. The swing single entry is best for outfighters, those who are more often working on the outside or on the wrists, more often than getting tied up in over-unders. Speed is essential on this entry, it’s an extremely precise attack. If your opponent sees it coming, theoretically they could kick that foot back and pivot, sending you sailing by.

While Oliver has the agility to shoot it from stance with no setup, his preferred method vs. Retherford was to drop directly off a light touching snapdown. The snap attempt brings up Retherford’s hands and encourages him to dig down in his stance and plant, making that foot a static target.

But Retherford was wise to it, and quickly widened his base and looked to catch the attacking arms of Oliver.

So although Oliver wasn’t scoring on the swing single, he knew he could draw out this reaction.

Once more, Oliver showed that feint to the left, and waited a beat for Retherford to reset in his stance. The second Retherford relaxed and brought his hands back up, Oliver blasted through.

What’s even more brilliant is that Oliver doesn’t reset to his stance, he uses the step fake to take an angle. Shooting across Retherford’s base rather than through it, he’s able to collapse the legs and run it to the left with little resistance.

This works best with a spear double, which is what you see here from Oliver. While Oliver did hit the knee, it was used less to penetrate and more to spring load himself for the standing shot. Oliver’s head rams directly into Retherford’s chest, straightening his posture while blasting him backward.

Jordan Oliver is one of the most thoughtful and athletic wrestlers on the planet today, and it seems the upcoming World or Olympic tournament will finally be his time. He looked like a strong favorite in late 2019 before COVID-19 struck, while Zain Retherford and Yianni Diakomihalis struggled.

Oliver is back in action this Sunday on the Rumble on the Rooftop charity exhibition card. He faces three-time NCAA champion and Retherford teammate Jason Nolf, a 74 kg wrestler. There will be no weigh-in, but you can be sure Nolf will have a pronounced size advantage.

For more insight into that match and others on the card, check out this breakdown!

'We hoped for a miracle': Russian wrestling bosses mourn death of 'heroic' Olympic champ after body is found in woods near Moscow
25 Jul 2020 11:57RT (Daily news)
Zane Richards vs. Zach Sanders: Adjustments from the underhook
05 Jul 2020 00:00Bloody Elbow
Dominick Cruz is apoplectic over UFC 249 stoppage loss and said the referee smelled of 'alcohol and cigarettes'
10 May 2020 12:54ThisIsinsider.com