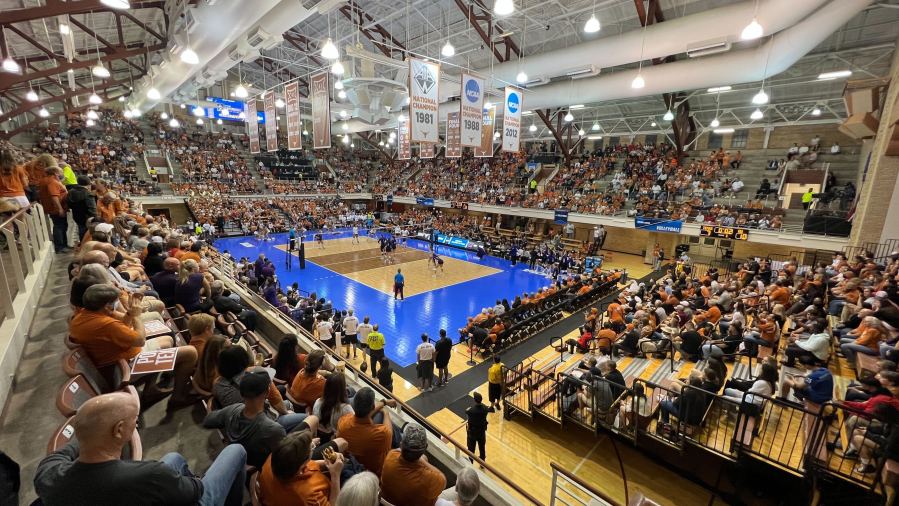 MORE THAN THE SCORE: Stay up to date on sports stories like these, and sign up for our More than the Score sports newsletter at kxan.com/newsletters

The win clinched at least a share of the Big 12 title for the Longhorns, their sixth consecutive conference title, in front of a sellout crowd of 4,679.

Madisen Skinner notched a double-double with 16 kills and 10 digs and Logan Eggleston had 12 kills to lead the Longhorns. Molly Phillips chipped in nine kills with a .571 hitting percentage and Asjia O'Neal had seven kills. Kayla Caffey had eight kills with four blocks and a .500 hitting percentage.

Zoe Fleck had 13 digs and Saige Ka'aha'aina-Torres had 43 assists. The Longhorns hit .322 for the match and held the Jayhawks to a .205 hitting percentage.