Dale began his volleyball career playing for Lord Selkirk Regional and the University of Manitoba Bisons where he was named a five-time All-Canadian. He was selected as the CIAU (U SPORTS) Most Valuable Player in 1990 and led the Bisons to a national championship title in 1991. He also played on Manitoba’s Provincial and Canada Games Teams. Dale was selected as Valedictorian, Governor General Award winner, and Athlete of the Year at Lord Selkirk Regional (Gr 11 & 12). He obtained his medical degree from the University of Manitoba in 1993 receiving the Family Medicine Award, then completed a specialty program of internal medicine and had begun a sub-specialty in infectious diseases.

Dale sadly passed away at the age of 30, after succumbing to Hodgkin’s disease, a battle he had fought valiantly for 14 months. Several of Dale’s friends have continued to raise funds for this scholarship which is named in his honour and memory.

To be eligible for this scholarship a student must be proceeding to a post-secondary institution and have a minimum 75% academic average. The individual must have proficiency in volleyball, while academic standing, and involvement in their school and community are also considered.

This year the following four student athletes have been selected:

Katya Cisneros, St. Mary’s Academy – Katya was a competitive figure skater and soccer player growing up and fell in love with volleyball following a Grade 8 school tournament after her coach commented on her good play and encouraged her to consider playing club volleyball. She followed that advise and since then has pursued volleyball at more competitive and serious levels. A right side player, Katya was a member of Team Manitoba in 2019 that competed in the Canada Cup in Halifax, was team captain of her school team that reached the final four of the AAAA Provincials and was selected as a Volleyball Manitoba 2021-22 Graduating All-Star. Off the court she has volunteered as a coach for Grade 7 teams, is a peer tutor for a grade 8 student and has volunteered with organizations such as Simkin Centre and Manitoba Harvest. In the classroom she has maintained a 94% academic average and will be pursuing a Science degree at the University of Winnipeg, with future aspirations of pursuing medicine. She has committed to the Wesmen women’s volleyball team starting this fall of 2022.

Nicole Hildebrand, Steinbach Regional Secondary School – Since she was young, Nicole has loved playing any sport. She started to play volleyball at the age of 12 and has always played with others in club and school older than her. A left side player, she led her school team to the SCAC Championship this past school season, was selected as an SCAC all-star, has won national championships with the Cobras club, and was selected to the Volleyball Manitoba All-Manitoba 2021-22 Graduating All Manitoba Team. Nicole is also involved in other sports such as basketball and track and field, volunteers as a youth basketball coach and has volunteered at Siloam Mission serving food or cleaning. With all of this Nicole has maintained a 91%+ academic average, and is interested in pursuing a doctorate of medicine with aspirations of becoming a trauma surgeon. Although she has not yet committed to a specific university, Nicole aspires to play post-secondary university volleyball aspiring to play at the highest level she can reach.

Sammy Ludwig , Westgate Mennonite Collegiate – Raised in a volleyball family, Sammy began playing the sport when he was 12 years old. He has played club and school volleyball every year since then and has been team captain on nearly every team along the way. This past school season Sammy was the setter and co-captain leading his team to an undefeated season and claiming the AAAA MHSAA Provincial Championships, where he was also selected as the championship MVP. He was also named to the Volleyball Manitoba 2021-22 Graduating All-Star All Manitoba Team and was awarded the Dennis Nord season MVP. Sammy played on Team Manitoba in 2019 and was a member of the 2021 Youth National Team last summer. In addition to volleyball Sammy also competes on the school cross country, basketball and soccer teams and has volunteered as a coach with school volleyball camps, with the Mennonite Central Committee and is a member of the Student Council. Holding an academic average of 91%, Sammy has committed to the University of Manitoba Bisons for next season while pursuing science and possibly medicine in his future.

Nolan Houde, St Paul’s Collegiate (Elie) – Always passionate about sport, Nolan discovered his love of volleyball in grade 7, captivated by the pace, rallies and complexity of the game. Since then he has played club and school volleyball every year. A setter and right side player, Nolan helped his school team to the Provincial AA semi-finals this year, was selected as a tournament All-Star, and was also selected as a Volleyball Manitoba 2021-22 Graduating All-Star. Nolan has maintained an academic average of 98+%, while also playing numerous other sports including basketball, soccer, badminton and track and field. Away from sport he is also very involved in the school music program, playing the trombone and drums, involved with the school jazz band, and has achieved a Royal Conservatory Piano level of Grade 5. He has also volunteered with a retirement residence, is on the school yearbook club and is Co-president of the student council and has also refereed his schools grade 7 & 8 volleyball games. Nolan is currently considering either a science degree leading to a career in medicine or dentistry or an Engineering degree. Although not yet committed to a specific university, he is exploring potential post-secondary volleyball opportunities. 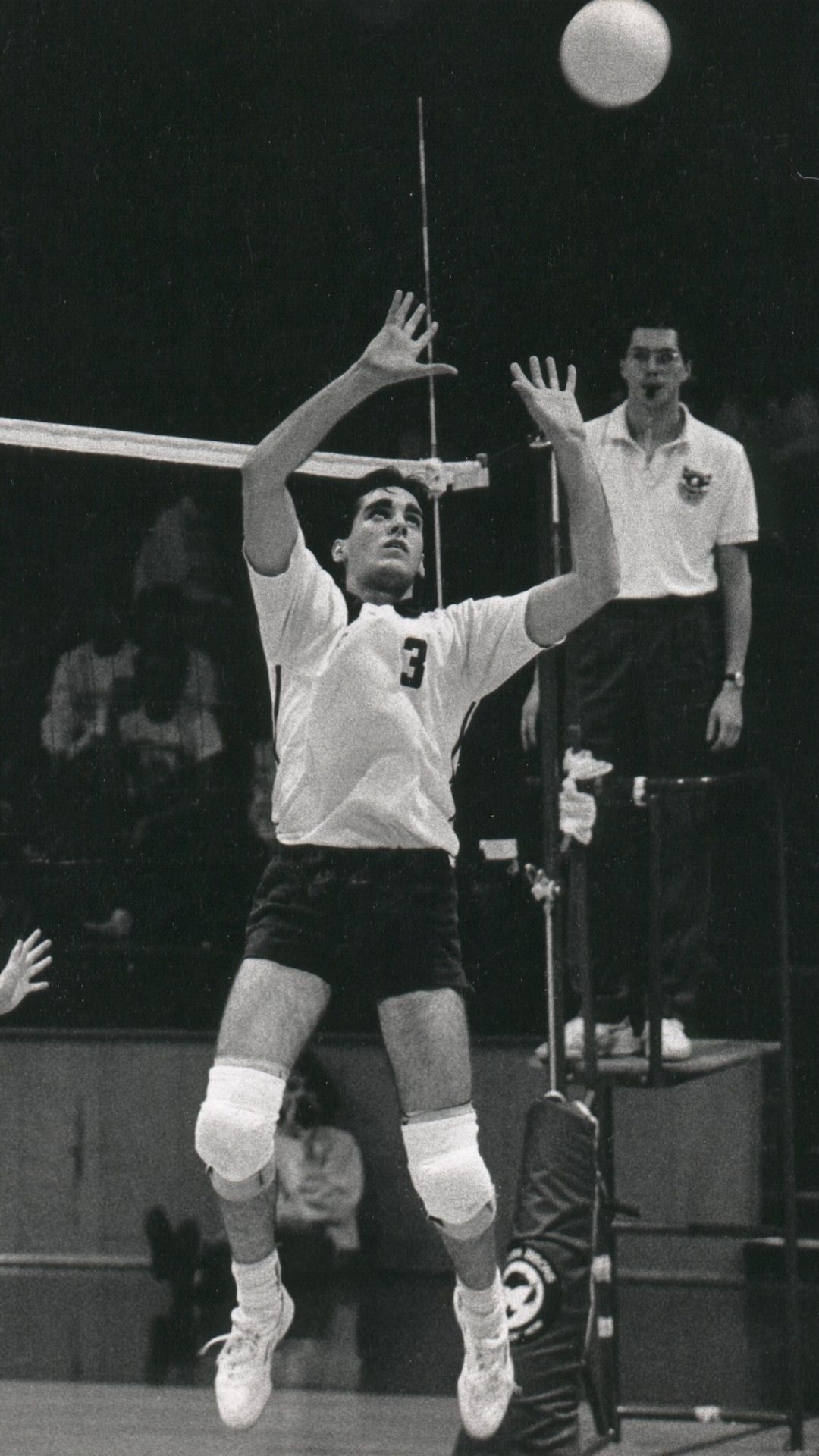