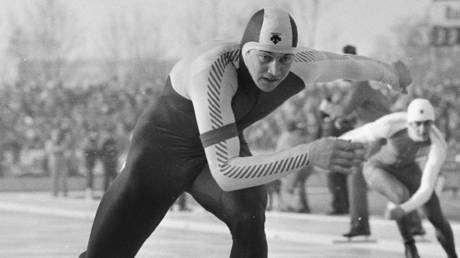 Tributes have been paid after legendary speed skater Igor Zhelezovsky, whose six-title haul included two world titles with the Soviet Union, was announced to have died from Covid-19.

The 57-year-old had the distinction of winning titles for the Soviet Union, the Commonwealth of Independent States and Belarus during the 1980s and 1990s.

His world records included the men's 1,000m honor, which he set for four years from 1989 with a time of just under a minute and 13 seconds.

Only an Olympic title eluded him, but the man who twice broke the 1,500m record still took bronze at the Calgary Games in 1988 and, six years later, silver in Lillehammer.

Dan Jansen, who was the only skater to beat Zhelezovsky 27 years ago, spoke of his sadness at his former rival's passing.

"Thanks for making all of us better," he said. "Rest in peace, big man."

Zhelezovsky continued to play an active role in skating following his retirement, becoming the President of the Belarus Skating Union between 1996 and 2005.

As well as being one of the best sprinters of all time, Zhelezovsky was also a well-known expert at International Skating Union Congresses.