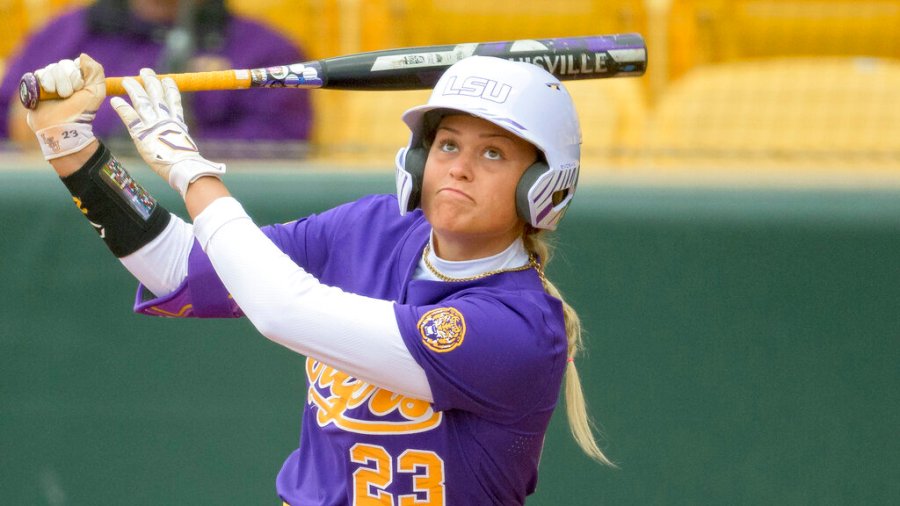 White said Baylea Brandon, a utility player with sophomore eligibility from Leander, will be on the team this coming year. She's transferring from Louisiana State University in Baton Rouge.

She hit .280 in 15 games for the Tigers her freshman season with a pair of home runs and 10 RBIs. She made four starts in right field and three as the team's designated player. She started two of the three games against the Longhorns early in the 2022 season March 18-19.

Brandon was the No. 27-rated recruit in the country by Extra Inning Softball out of Leander High School and was named the Central Texas player of the year in 2021 by the Austin American-Statesman after a monster season with 16 home runs, 60 RBIs and a .495 batting average. During that season, Leander HS was ranked No. 1 in the country for a portion of it.

Brandon played club softball for the Texas Bombers Gold and smashed 18 homers in 2018, helping lead the team to the Texas Gold Cup championship. She hit 15 home runs the following season.

Earlier this summer, the Longhorns added right-handed pitcher Mac Morgan to the team via the transfer portal. Morgan, also with sophomore eligibility, transferred from Arizona State where she helped the Sun Devils in the Pac-12 Conference title last season. She finished the year 18-3 with a 2.82 ERA in a team-high 119 innings.