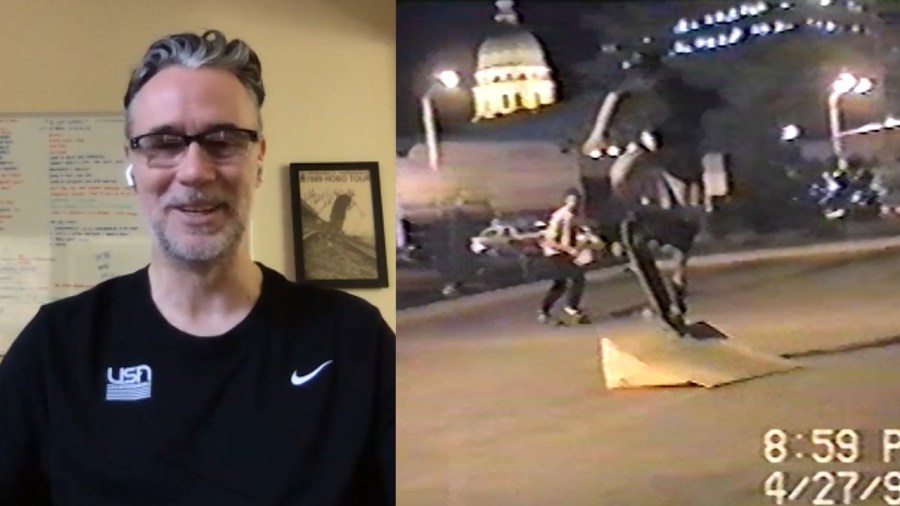 TOPEKA, Kan. (KSNT) – The Olympics were supposed to start just a few days ago, but all that changed as the pandemic crossed the globe. Tokyo will wait a year, and so will the debut of skateboarding, a sport implemented and led in the US by a Kansan.

Josh Friedberg grew up in Topeka, there wasn’t a skate park here as a kid, but that didn’t stop him from falling in love with skating. Flash forward decades later, he’s the CEO of USA skateboarding and has been instrumental in implementing the sport into the Olympics and so much more. You never know where four wheels will take you.

“When I found skateboarding, it was just this door to freedom taht I could do something that was my own expression and didn’t have any rules to it. I never looked at it as a career, just something I loved to do,” Friedberg said.

Passion will take you places you’ll never expect when Friedberg’s childhood friend in the 785 brought home a legit skateboard and pro tape, he was hooked

“I rolled around on skateboards and messed around a little bit, but nothing serious and then when he came back with the real skateboard and this video taht showed what the world of skateboarding was like, I was just blown away and instantly fell in love with skateboarding,” Friedberg said.

By the time he was 19, he’d earned a skating sponsorship with a company called New Deal, and made his way to southern California, a skater’s paradise, but it wasn’t a dream quite yet.

“Having a sponsor at that point sounds a lot more glamourous than it actually was, I got a little bit of free product every month which was very cool and I got a job at pizza hut delivering pizzas, so basically gave me a perfect chance to have food and have plenty of time to skate,” Friedberg said.

He kept working and skating, and when an opportunity to do videos came up with New Deal, he hopped in. That led him to the first thing that put him on the worldwide map – 411 video magazine.

“And when we started 411 the whole point was exactly what you said, it was before the internet, how do we share this thing that we love with other people that love it around the world, the best way to do taht at the time was to film videos and distribute them,” Friedberg said.

411 ran for over a decade, in over 55 countries, and josh parlayed that into a variety of jobs in skating, the connections he made over two decades led him to the Olympic stage, he’s worked the last few years establishing it internationally, and now as the CEO of us skateboarding, all while always making sure that when the sport does go to the global games, it’s core values aren’t lost.

“The hardest part of this job has been making sure the sports structures taht exist that deal with traditional sports understand the value of having a culture based sport. And it’s the reason that kids want to participate, its the reason taht it is a huge thing globaly. Skateboarding never tried to get into the olympic games, the olympic games really wanted skateboarding,” Friedberg said.

The culture took Friedberg where he is now, and will have him in Tokyo a year later than planned, but that first dream that took him to California may have shifted shapes, but it all still feels like a dream to him

“If you can find something you love and you can put your energy into that and commit yourself to it, it can take you place you never would have imagined.”

Another year wait for Friedbergand the Olympic skating team but with so many other issues that are more important in the world right now, like keeping family safe and — in our country — fighting social injustices, he just says it’s a time to get better.