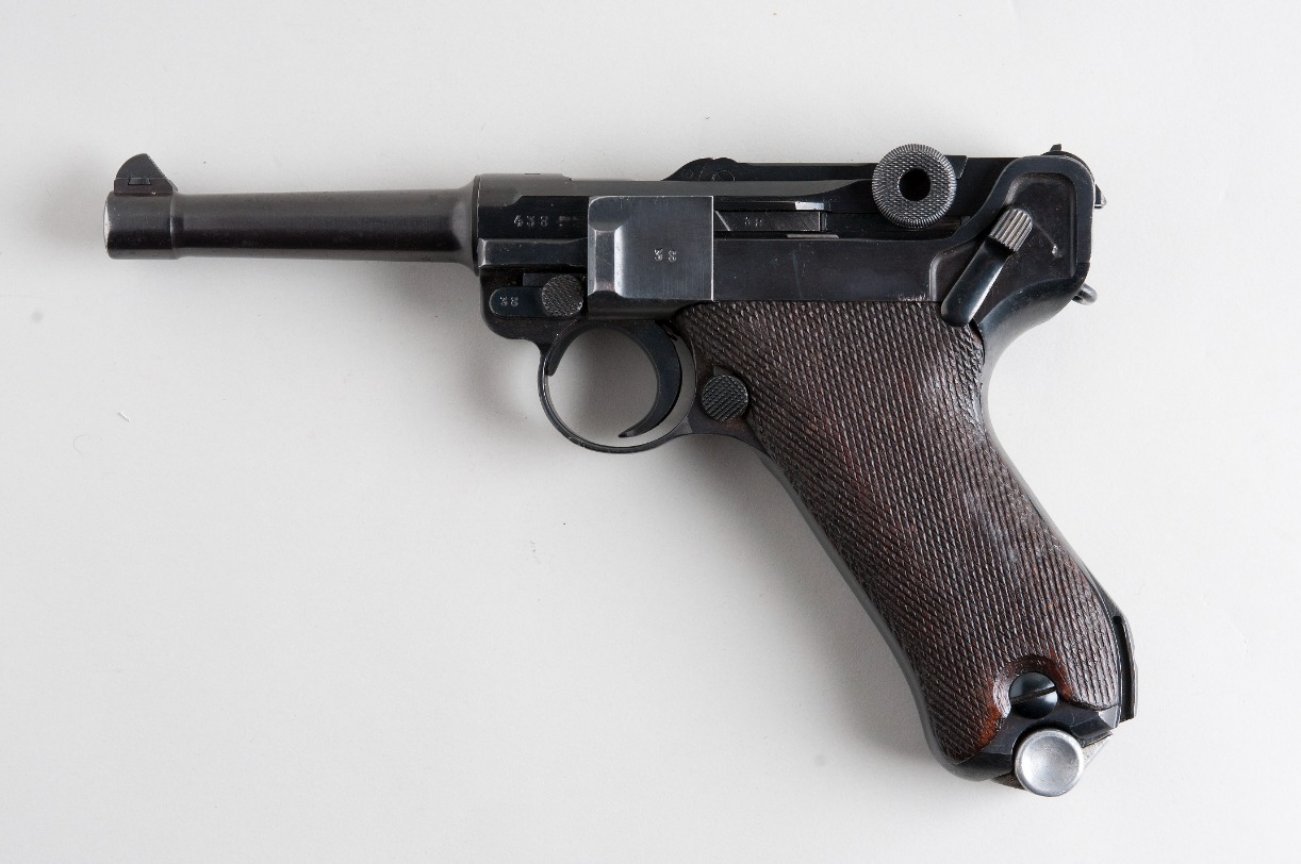 Both Savage and Colt manufactured their respective quota, but Luger only made two.

Here’s What You Need to Remember: In the 1907 pistol trials, the Luger was considered alongside designs by Browning, who was working for Colt, and Savage. The U.S. military required that each designer supply 200 examples in .45 ACP. The Army had already purchased some 1,000 7.65 Lugers and a few in the 9mm, but it required the pistols be in .45.

During both World Wars the American soldier earned a reputation as “inveterate souvenir hunters,” who at times took home everything that wasn’t nailed down—unless they had a crowbar to pull out the nails! Amongst the most sought after items for many the Doughboy or GI was the German P08 Luger 9mm. While the pistol, which was named after its Austrian small arms designer Georg Luger, had largely been replaced by the far superior P38 in World War II, it has been argued that the Luger remained a popular “bring back” because that is what fathers and uncles had brought back a generation earlier.

An irony of this insatiable desire for the Luger was that those same soldiers could have been issued it, had the U.S. Army not gone in another—and perhaps superior—direction. It is impossible to consider that the Army could have adopted anything other than the Colt M1911 .45 pistol—which was one of John Browning’s many weapons—military planners did consider other handguns.

That included the Luger.

The United States had been using the Colt M1892 .38 Long Colt Revolver—not a Browning design—and while it served well in the Spanish-American War, it was found not up for the rigors of jungle warfare during the Philippine-American War or Moro Insurrection. The Moro weren’t just tough warriors; they actually wore armor with plates made of either black water buffalo horn or brass plates connected with butted brass mail. They also often took drugs to inhibit pain in battle. The .38 round lacked the stopping power the Army needed, and sought a new sidearm.

At the same time Luger, who worked closely with arms designers Ferdinand von Mannlicher and Hugo Borchardt, was also looking to find buyers for his new pistol. It was the first semi-automatic service pistol to be adopted by any military—but that wasn’t in his native Austria or even Germany, where the gun would become infamous. It was actually Switzerland. These first “Lugers” were chambered for Luger’s new 7.65 Parabellum cartridge—the name of which came from the Latin “Si vis pacem, para bellum” or “If you seek peace, prepare for war.”

When Germany did adopt the weapon, it was in the newly designed 9x19mm Parabellum round also designed by Luger.

In the 1907 pistol trials, the Luger was considered alongside designs by Browning, who was working for Colt, and Savage. The U.S. military required that each designer supply 200 examples in .45 ACP. The Army had already purchased some 1,000 7.65 Lugers and a few in the 9mm, but it required the pistols be in .45.

Both Savage and Colt manufactured their respective quota, but Luger only made two. He had felt that it was doubtful that his foreign design would be successful over two American contenders and essentially withdrew from the competition.

Those two .45-caliber Lugers are quite rare. In the 1987 film Wall Street, nefarious corporate raider Gorden Gekko brags about owning “the rarest pistol in the world,” but incorrectly states that only six were manufactured. A “regular” 9mm was reportedly used as a stand in for the extremely rare .45-caliber version. Due to their rarity the pair has long been known as the “million dollar Lugers.”

One of the pair had sold for $1,000,000 in 1989, but when it came up for sale again in 2010 it sold for $494,500—making it a “half-million dollar Luger.” The whereabouts of the other one are unknown. Two of the original DWM Model 1900 “American Eagle U.S. Army Test Lugers” chambered for the 7.65 Parabellum, with custom case and original 1906 holster sold for $34,500 in 2013—but average American Eagle Lugers are priced on par with those that were war trophies brought back all those generations ago.

Peter Suciu is a Michigan-based writer who has contributed to more than four dozen magazines, newspapers and websites. He regularly writes about military small arms, and is the author of several books on military headgear including A Gallery of Military Headdress, which is available on Amazon.com.

This article is being republished due to reader interest.

Weightlifting
28 Dec 2021 16:13ThisIsinsider.com
10 weightlifting mistakes that are stalling your gains and how to fix them, according to experts
Snowboarding
04 Jan 2022 22:16ThisIsinsider.com
The best snow gear for skiing and snowboarding
Tennis
Yesterday 10:26RT (Daily news)
WATCH: Djokovic fans rally outside court as tennis icon learns fate
Shooting
12 Jan 2022 16:16Timesofindia.indiatimes.com (sports)
Away from home, I have a family here in Mumbai that's taking care of me, says Worship Khanna who has tested positive
Sponsored