ALL eyes will be on Dustin Johnson at Augusta, as the world No1 looks to defend his Masters crown from Thursday.

And if he needs to learn a thing or two about reclaiming titles, he should look no further than his fiancee’s father, Wayne Gretzky – a serial winner and ice hockey legend.

From Thursday, Dustin Johnson will be returning to Augusta to reclaim the green jacket[/caption] Paulina’s father Wayne Gretzky has helped guide Dustin when he’s needed advice[/caption]

And Johnson, 36, hasn’t been shy in asking Gretzky for advice, with The Great One becoming the father-figure the golfer never had.

DJ is also engaged to Wayne’s stunning daughter, Paulina and they have two children, Tatum and River.

It’s with thanks to the Gretzky family, who took Dustin in, that he has enjoyed his meteoric rise since taking a break from the sport in 2014.

Over the years, Johnson hasn’t hidden his difficult childhood growing up.

He was raised in South Carolina, but had a strained relationship with his parents, which is now much-improved with time being a healer.

In the 1990s, dad Scott and mum Kandee Johnson divorced, and it was the former who won sole custody of their three children.

Dustin was hit particularly hard by the divorce, bouncing between homes, and went off the rails – skipping school and doing the minimum to scrap through.

His early years could explain why Wayne Gretzky has become such a firm confidant through the years.

Johnson didn’t have the best childhood growing up, but focused on his golf[/caption] The Gretzky family, including Wayne and his wife Janet became firm pals with Dustin[/caption]

In 2009, Johnson was paired with Wayne’s wife, Janet in the pro-am tournament.

Afterwards, he was invited to a family dinner with Gretzkys and met his wife-to-be, Paulina – although they didn’t go on their first date until 2012.

Dustin, who at the time was a Top 10 ranking golfer, had plenty of promise – but there was a recklessness that threatened to derail his career.

The same year he met the Gretzky clan, he allegedly failed a drug test after reportedly testing positive for marijuana, according to Golf.com.

It was also alleged that Johnson tested positive for cocaine TWICE in 2012 and 2014, and was suspended from the PGA Tour for six months.

Under its guidelines, the PGA Tour does not have to announce any disciplinary actions against players who test positive for recreational drugs, so any possible suspension was never made public.

But for Dustin, something had to change.

In 2012, Johnson and Paulina went on their first date. However, she laughed at that suggestion in a chat with Golf.com

“I don’t know if you can call it a date since my dad tagged along,” she joked.

Despite Wayne being a third wheel, they embarked on a whirlwind romance and were engaged within a year.

Paulina made it her mission to help Dustin rid himself of the hangers-on that followed him and were damaging for his health.

They employed life coach, Claude Harmon III as a guide as Johnson aimed to turn his promising golf career into one that would see him win a major one day.

While brother Austin, his trusted caddie, was on hand to help keep DJ grounded.

But he didn’t have that focus needed to be a champion until he got closer to Wayne Gretzky.

While he took time away from the tour in 2014, Gretzky and Johnson’s bond formed.

The latter often looked to his older pal for advice on how to handle different scenarios.

As golf writer Bob Gillespie revealed: “He might be the father figure that Dustin lacked all those years.

“He understands the pressures that Dustin is under as a top athlete.

“The Gretzky family have really taken Dustin in, almost like another son.”

Gretzky, himself, has spoken about the change he’s seen in his future son-in-law after his words of wisdom.

“I tried to tell him, day in and day out, set your goals like Tiger Woods did. Win every single week,” he revealed. 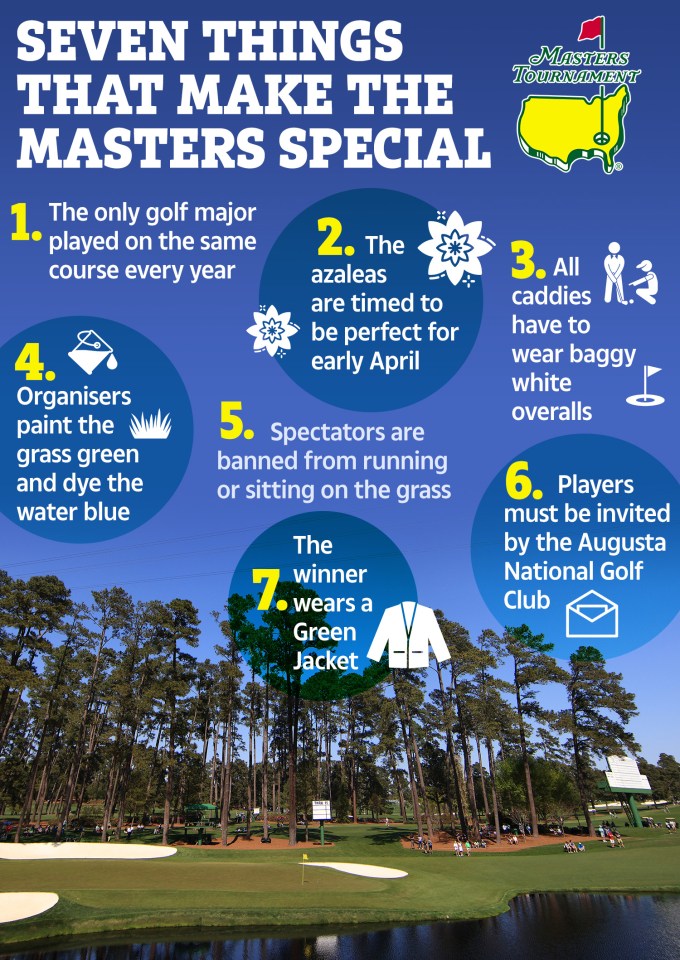 “He never had a strong 365 day routine. It was a week on and a week off. And during that time off he kind of put golf completely on the back burner.

“Now he has become a real specimen. He is very focussed on his routine and he doesn’t let anything sway him from that routine any more. And I think that’s the biggest difference in his life.”

Gretzky added: “We all mature at different times of our life. It has definitely got to a point where he doesn’t enjoy losing any more.

“Everybody always knew he had the talent, the ability. But I think he has matured drastically to a point where he gets mad at himself if he doesn’t compete and he doesn’t win.”

CREDIT WHERE CREDIT’S DUE

Johnson is adamant that he is where he is today thanks, in part, to the Gretzky family.

When he returned to the tour in 2015, he seemed like a different player – a more focused individual setting clear paths to glory.

Soon after he returned from his break, Dustin won the 2016 US Open.

Johnson practices at Augusta ahead of this year’s Masters[/caption] World No1 Johnson, given a celebratory kiss by Paulina, will be hopeful he can reclaim his Masters title[/caption]

Last November, was his pièce de résistance – winning the Masters.

Johnson’s new lifestyle has him beaming. “I am starting to become the person I want my kids to look up to,” he said.

And what better way to complete his renaissance, then to reclaim the green jacket.

From the Branches: Now, we have a Leafs free Saturday
Yesterday 10:00Pension Plan Puppets
Vipers Game Day – Vipers And Backs Round 5!
Yesterday 16:57Vernon Vipers
Chicago Blackhawks are banking on Henrik Borgström rediscovering his ‘special’ game: ‘A lot of times you feel he has eyes in the back (of his head)’
Yesterday 12:30ChicagoSports: Blackhawks