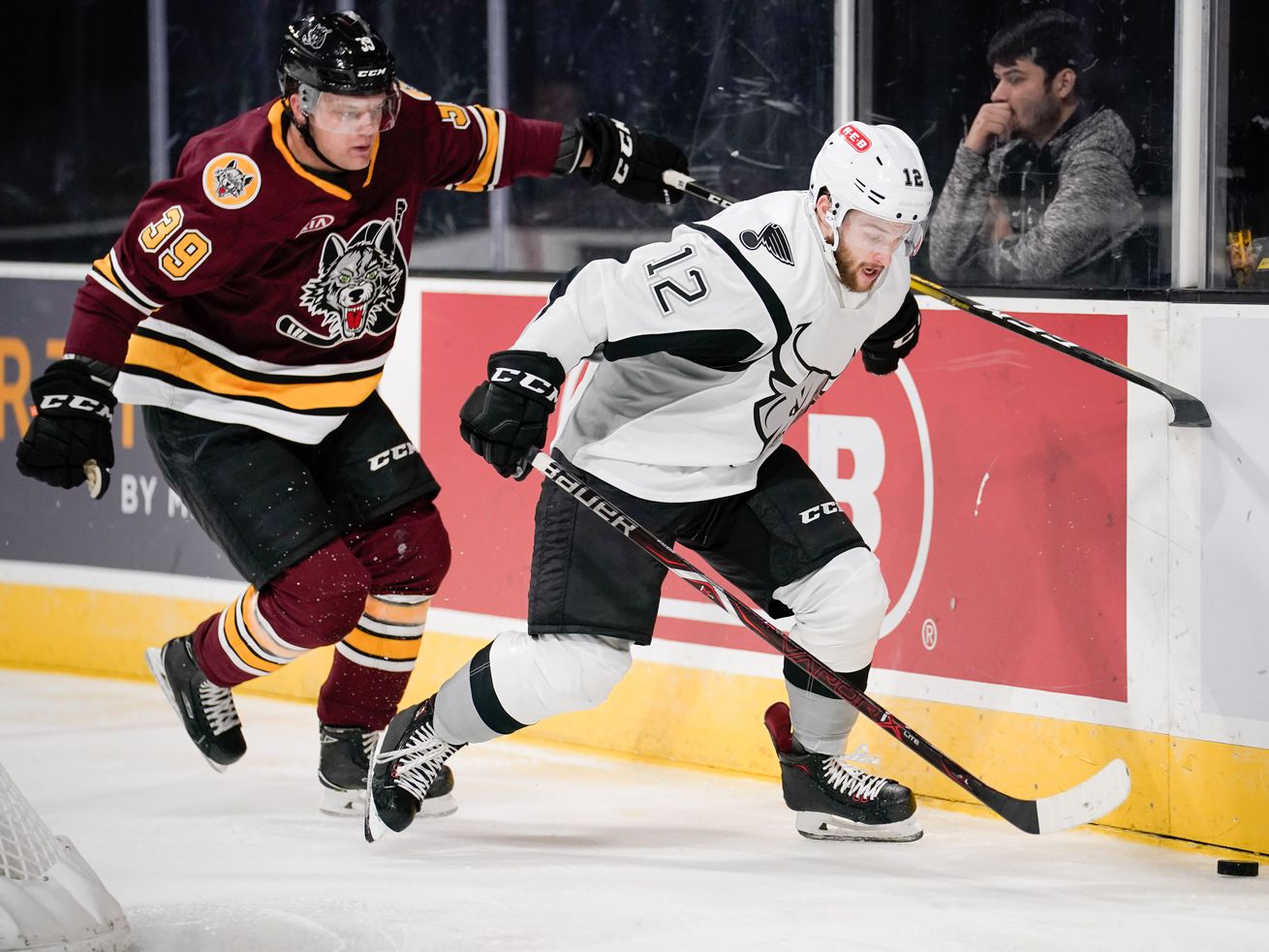 The American Hockey League announced it will move the start of its season to Feb. 5. | William J. Abate/AHL

“This gives us the best chance to have a significant season,” league president and CEO Scott Howson said. “We’re going to be flexible and we’re going to do everything we can to play.”

The American Hockey League is planning to drop the puck on its next season on Feb. 5 in hopes of syncing up its schedule with the NHL and getting some fans into arenas for most, if not all, of its 31 teams.

AHL President and CEO Scott Howson said “everything’s on the table” when it comes to divisional alignment, formats and how many games are played, though beginning in early February answers one question after it became unrealistic to start the season Dec. 4 as initially planned because of the state of the COVID-19 pandemic.

“This gives us the best chance to have a significant season with fans in the building and we’ll just see what happens here in the next two months,” Howson said by phone after the AHL’s Board of Governors voted to approve the Feb. 5 start date. “We’re going to be flexible and we’re going to do everything we can to play.”

The AHL is the top minor league affiliate for the NHL, which is targeting a Jan. 1 start for the season. A typical AHL season usually starts after the NHL gets underway.

This season will the be the first for the Chicago Wolves as the AHL affiliate of the NHL’s Carolina Hurricanes.

NHL Deputy Commissioner Bill Daly said he doesn’t expect the AHL announcement to affect the NHL’s planning. Daly said the AHL has kept the NHL informed during its decision-making process and that general managers were briefed last week on the developments.

“The NHL, they’re at sometime in January,” Howson said. “We aren’t tied directly to what the NHL does, but we want to be somewhat in sync, so Feb. 5 seemed like a good place even if there’s going to be a little longer cap than usual between the two leagues starting.”

No North American sport is more dependent on attendance than hockey, and the attempt to get some fans into buildings is a big reason for the February start. Howson pointed out that a vast majority of jurisdictions with AHL teams would not have allowed any fans as recently as a month ago, and there are hopes that changes by the middle of the winter.

“We’re moving in the right direction in some of our markets,” Howson said. “Hopefully that trend continues.”

The ECHL — a tier below the AHL in North American minor league hockey — announced earlier this month that it will start its season on Dec. 11, with 13 of 26 teams participating right away. ECHL teams in Atlanta and Norfolk, Virginia, voluntarily opted out of this season.

Howson said that could happen in the AHL, but he wants to push back the deadline for opting out to ensure as many teams can play as possible.

“I think all our teams want to play, but nobody knows what’s going to happen,” he said.

One possibility involves the AHL adjusting to form a Canadian division if the NHL does so because of U.S.-Canada border restrictions, which would mean moving teams in Bakersfield and Stockton, California, and Utica, New York, north to be in the same country as their parent clubs. But a coronavirus testing pilot project in the province of Alberta that could reduce quarantine time when entering Canada provides hope that might not be necessary.

The AHL’s return-to-play task force will meet again next week to come up with a scheduling proposal, including a range of games played. The league could mimic Major League Baseball’s 2020 season by dividing teams into regional groups to reduce travel, including multiple games in the same city between teams.

It helps that the AHL normally has a team play three games in three days over the weekend to maximize attendance. Now those could become mini “series” to get through the season.

“It’s going to be a heavy regional schedule no matter what we do, so the teams that are close to each other are going to play each other more often,” Howson said. “Just being a little more cognizant of what the virus is doing and how can we combat that with our scheduling.”

The NHL already canceled the Winter Classic scheduled for New Year’s Day and All-Star Weekend set for late January because of no guarantee fans could attend. In making that announcement, the league said it had not altered its plans to start on or around Jan 1.

The NHL’s return-to-play committee of league and player representatives hasn’t yet met to discuss the 2021 season.