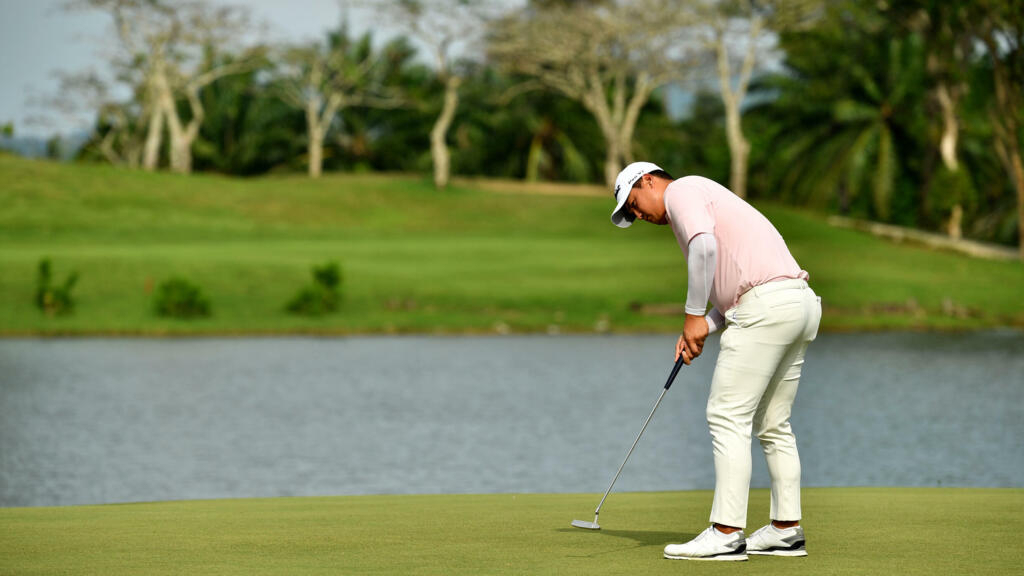 The pair are 14 under par overall after both carding 68 and hitting five birdies on a sunny day's play.

Kim, who has been playing mostly in Europe this year and is looking for his first victory on the Asian Tour, said the warm conditions had required a bit of an adjustment.

"It feels kind of weird playing in this weather, being so humid and hot," he said.

The $1 million tournament on the popular holiday island of Phuket marks the first Asian Tour tee-off since a 20-month pandemic disruption.

Chan, ranked 1,366 in the world, is hoping for his first win on the Asian Tour in five years.

"Thailand is my lucky country," he said, referring to his King's Cup victory in 2016.

The 35-year-old held the outright lead for much of the back nine but made a bogey on the 16th ‒- his first dropped shot in 51 holes.

"I think that's a personal record for myself," he said.

After a stellar performance Friday, Thailand's Sadom Kaewkanjana stayed in contention with three birdies in the back half after a nervous start with a double bogey and a bogey.

The 23-year-old is third on the leaderboard.

"I didn't hit my driver good on the front nine today... Felt great to fight back to even-par. I still have a chance tomorrow," he said.

Sunday is the final day of play before the Laguna Phuket Championship next week.