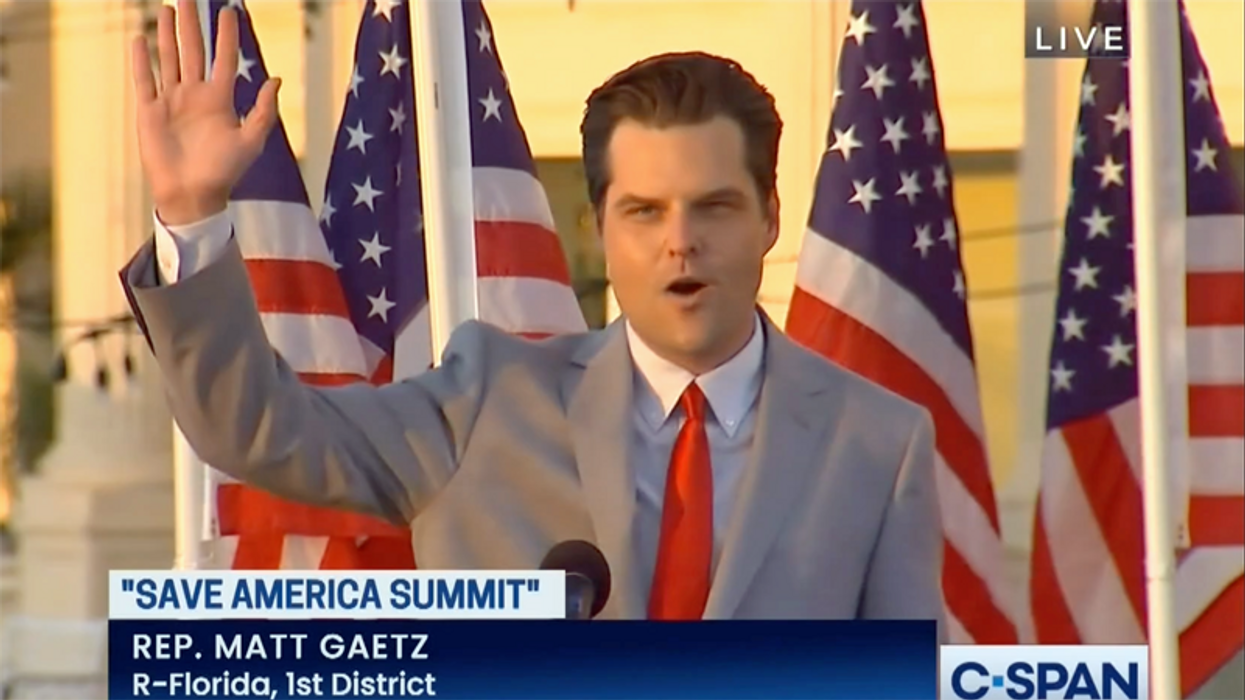 Rep. Matt Gaetz attempted to deflect from his scandals with a Friday night speech at the "Save America Summit" held at Trump National Golf Course Doral.

Earlier in the speech, Gaetz lied to the audience and said the 2020 election had been "stolen."

He argued things were going well in America until the final year of Donald Trump's presidency.

"Until Marxists attacked our streets, the Chinese coronavirus attacks our bodies, and fraud attack the election process itself. They couldn't beat Trump at the ballot box in 2016, so they tried impeachment and the witness box," Gaetz argued, even though Trump refused to be interviewed.

He then continued to push the "Big Lie" that incited the fatal January 6th insurrection.

"That failed too, so they ran to the mailbox with millions of ballots swirling around without any true and verifiable connection to actual voters," he said, pushing a widely debunked conspiracy theory.

Gaetz, who voted to overturn the election results as the insurrectionists had demanded, went on to praise voter suppression.

"I'm glad states like Georgia are embracing reforms to uphold election integrity. No election in this country should be stolen, but they can never steal what America felt like under Donald Trump. The energy, the optimism. Trump did he job," he argued.

He then claimed he is only facing so many scandals because of his enemies and his supporters -- that it essentially has nothing to do with his own conduct.

"They lie about me because I tell the truth about them and I'm not going to stop," he argued. "So when you see the lies, falsehoods, and the smears, when you see anonymous sources and insiders forecasting my demise, know this: they are not really coming for me, they are coming for you. I am just in the way," he argued.