RORY MCILROY has revealed Tiger Woods has no idea where most of his golf trophies are after paying a visit to the ex-world No.1.

Woods, a 15-time major winner, is recovering at home after breaking his left leg in a horrific car crash in February.

He was in a Los Angeles hospital for three weeks before returning to his Florida home to continue his road to recovery.

And ahead of the Masters on Thursday, McIlroy paid Woods a visit to check on his welfare where he found out a startling revelation.

As well as his 15 major trophies, Woods has won a whopping 82 PGA titles and 41 European Tour titles but it appears they have little significance in his illustrious career.

Reported by Yahoo, McIlroy, 31, said: “In Tiger’s family room he’s got his trophy cabinet and it’s his 15 major trophies.  I said, ‘That’s really cool.  Where are all the others?’.

“These are the four weeks that matter.  So the weeks that didn’t matter, you know, he racked them up at a pretty fast clip. And  I’m just thinking to myself, how easy must that have felt for him if all he cared about were four weeks a year.

“The other stuff must have been like practice.  So that’s like a really cool perspective to have, right. That’s all I could think about on the way home.  And I was glad he was okay, too!”

McIlroy, who heads to Augusta looking to end his Masters hoodoo, also revealed he was encouraged by Woods’ recovery.

He added: “I went over and spent a couple hours with him, which was nice.  It was good to see him in decent spirits and actually not as bad as you might think. 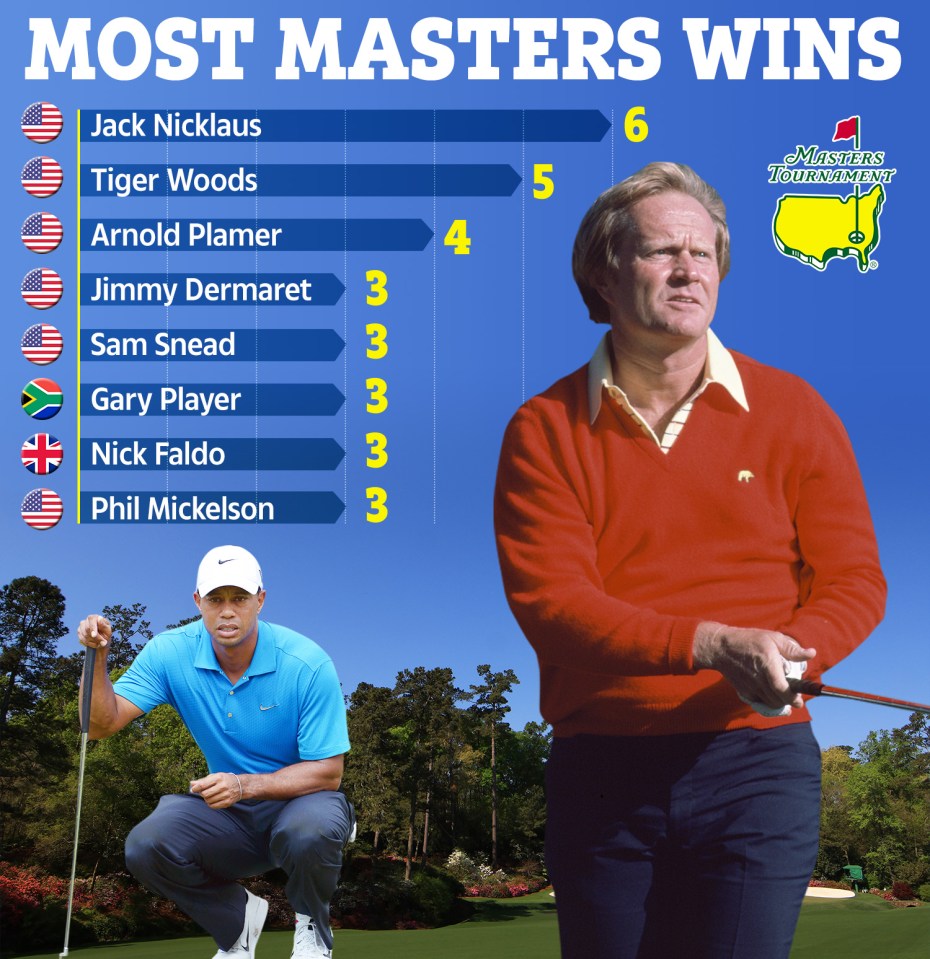 “You look at the car and you see the crash, it’s like, you think he’s going to be in a hospital bed for six months.  But he was actually doing better than that.

“He’s fully focused on the recovery process, and I feel like he’s mentally strong enough to get through that.  And once he does, and the broken bones heal, he’s just got to take it step by step.

“I know he’d love to be here, and I’m sure he’s going to put everything he has into trying to be ready to play here next year.”