Thailand’s Prom Meesawat, a two-time winner on the Asian Tour, says he is “happy to be alive” after having to endure a nightmare few weeks last month suffering from a ruptured appendix.

A video of him on social media a few days ago walking tentatively and gingerly in a swimming pool tells part of the story, fortunately the tail end of it. 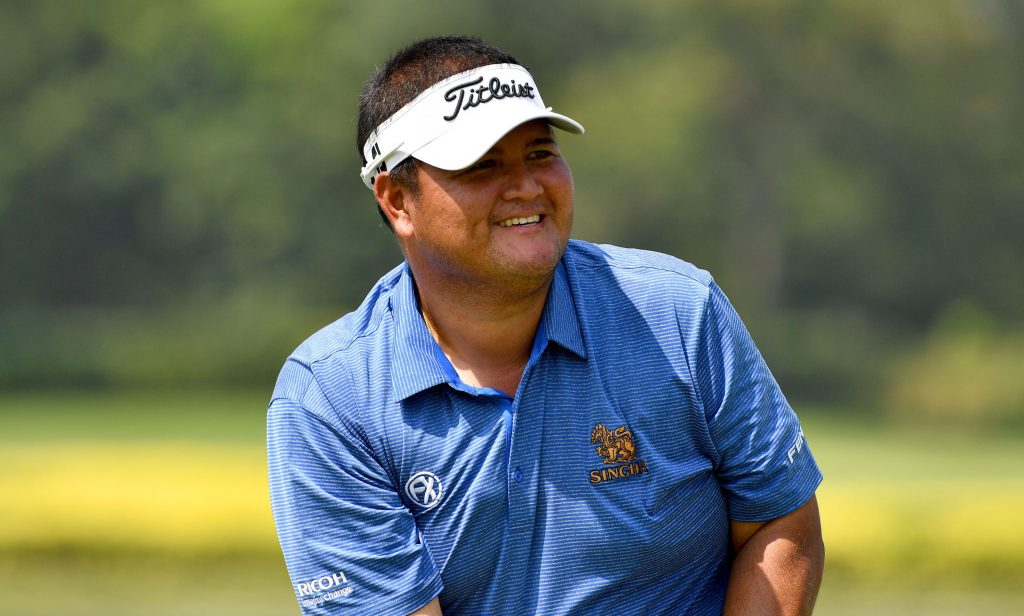 CHACHOENGSAO -THAILAND – Prom Meesawat of Thailand pictured on Friday November 8, 2019 during round two of the Thailand Open at the Thai Country Club, Chachoengsao, Thailand. The USD$ 300.000 event is an Asian Tour event, November 7-10, 2019. Picture by Paul Lakatos/Asian Tour.

On October 15, he had a surgery to fix the problem, but it was by no means routine.

“I was playing golf with all the boys last month. And in the afternoon I was going to the gym but my stomach started feeling uncomfortable,” says Prom – whose famous father Suthep was the first Thai to win the Thailand Open in 1991.

“And then I went to the hospital in the evening on Sunday, just to see the doctor and he gave me some medicine to try and help the pain. The next day I am still going to play golf but I could only play six holes because it was so painful and I lost my energy.

“I almost could not drive back. So I rested in the locker room. Then I drove to Synphaet Hospital in Bangkok. The same doctor gave me ultrasound and gave me a thorough check up. I was admitted for two days but they could not see anything unusual from the ultrasound result.”

He stayed for another two nights, went home for two days but it was still painful, so he went back to the hospital again on Thursday. The doctor suggested a CT scan which revealed a rupture appendix.

“Then I had surgery on that night on October 15. I haven’t touched the golf club in over a month now as I need to recover first. It has been a month and half and Tuesday was my first day walking in the pool. I am alright now, no pain. It’s just the core muscle where I felt a little bit of pinching on that spot,” he added. 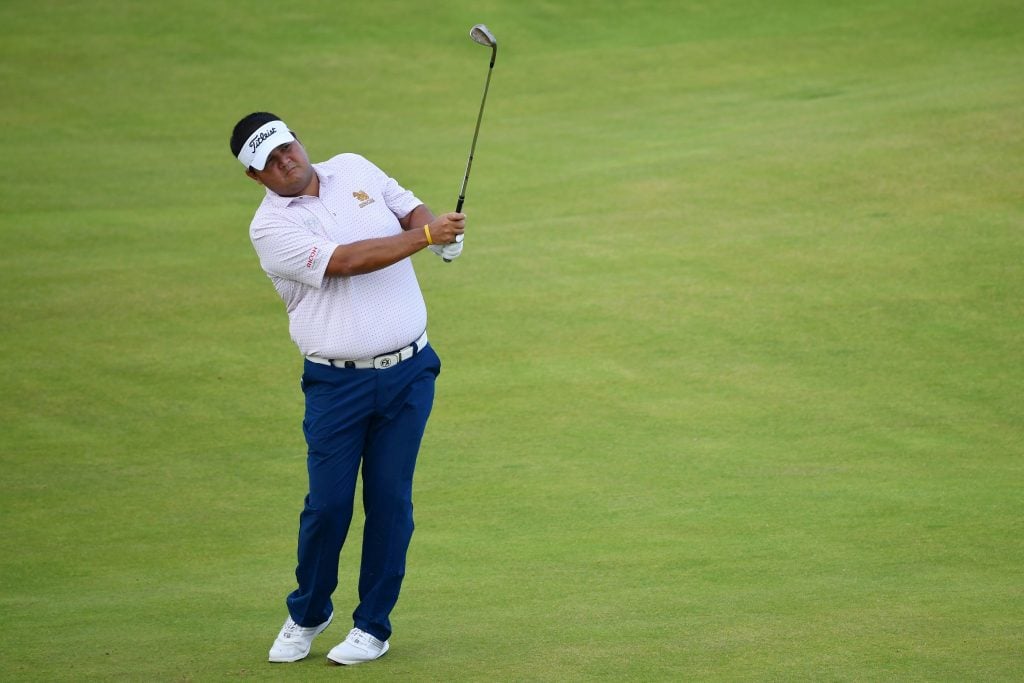 PORTRUSH, NORTHERN IRELAND – JULY 16: Prom Meesawat of Thailand plays a shot during a practice round prior to the 148th Open Championship held on the Dunluce Links at Royal Portrush Golf Club on July 16, 2019 in Portrush, United Kingdom. (Photo by Stuart Franklin/Getty Images)

The 36-year-old explained it was very painful and after reading about it he didn’t realize it was life threatening because it was ruptured.

Next month he is going to start work on strength condition with his trainer but not work on the core area.

“What made this difficult was that it just felt uncomfortable in front of my stomach. It was not right at the spot where the appendix is. So that is why the doctor could not tell what happened with me. Even when they touched or pushed on the appendix spot there was no pain. It was a very difficult case.”

It took almost a week to find out it was appendicitis. And they did not know it was ruptured, which could have cost his life.

“I didn’t expect it was going to be an appendix problem. The doctor said we can do surgery tonight or tomorrow, I said no! Do it straight away. No, don’t wait! I am glad I am still alive,” added the Thai star.

He says the plan right now is to start walking in the pool and see if he can do some short game work.

“I have to get my body flexible to help the wound. We don’t know how the wound is inside. I am going to start slowly and not try to force it.  I am a professional and I need to take care of my body really well. If the Tour starts in January, I might have to miss the first couple.”

Prom won the Singha Pattaya Open earlier in August for a record fourth time on the All Thailand Golf Tour and was in fine form before he fell ill.

“It all happened very quickly. We weren’t prepared for that. My wife took very good care of me despite having to take care of two kids. It is good that the hospital was close to my house – only five mins away. That was perfect,” Prom added. 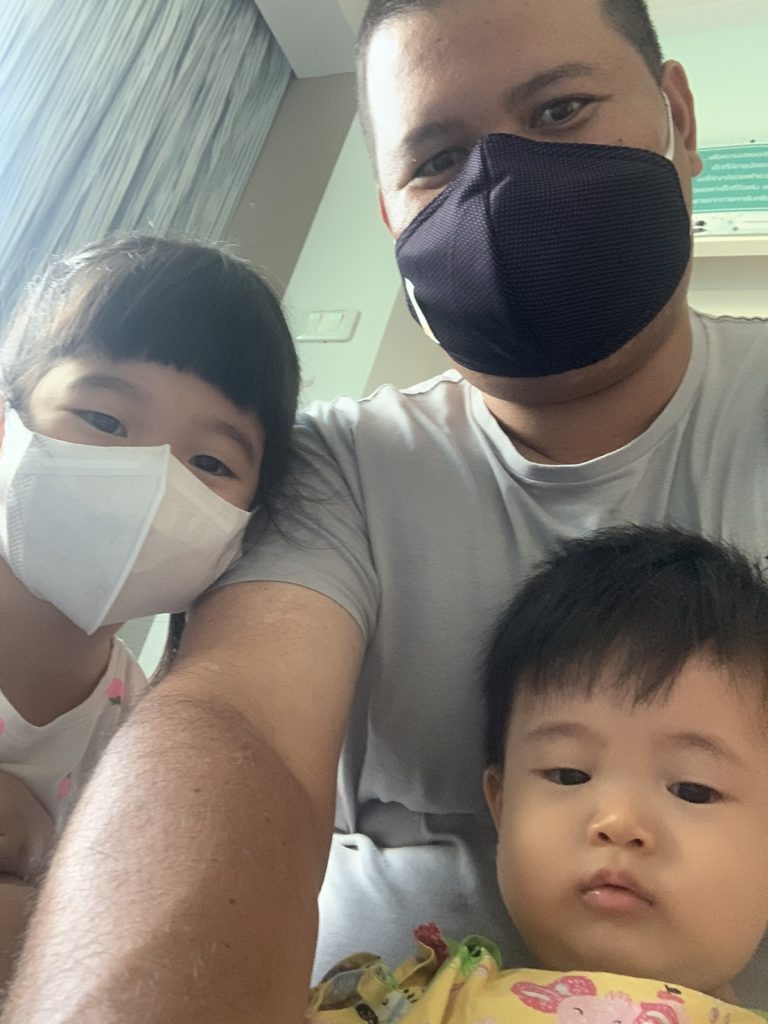 Prom with his kids.