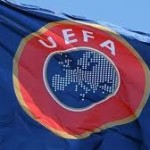 November 17 – UEFA has confirmed that it has received three preliminary bid dossiers to host Euro 2028 and 2032 following the deadline of 16 November.

The submission deadline of the final bid dossiers is 12 April 2023 with the appointment of hosts being made in autumn the same year.

END_OF_DOCUMENT_TOKEN_TO_BE_REPLACED

The post UEFA confirms Turkey bidding for Euro 2028 vs UK&Ireland, and 2032 vs Italy appeared first on Inside World Football.